More than 20,000 Russians have already fled to Georgia in the days since their country launched the invasion of Ukraine. Many Georgians say they are not welcome. 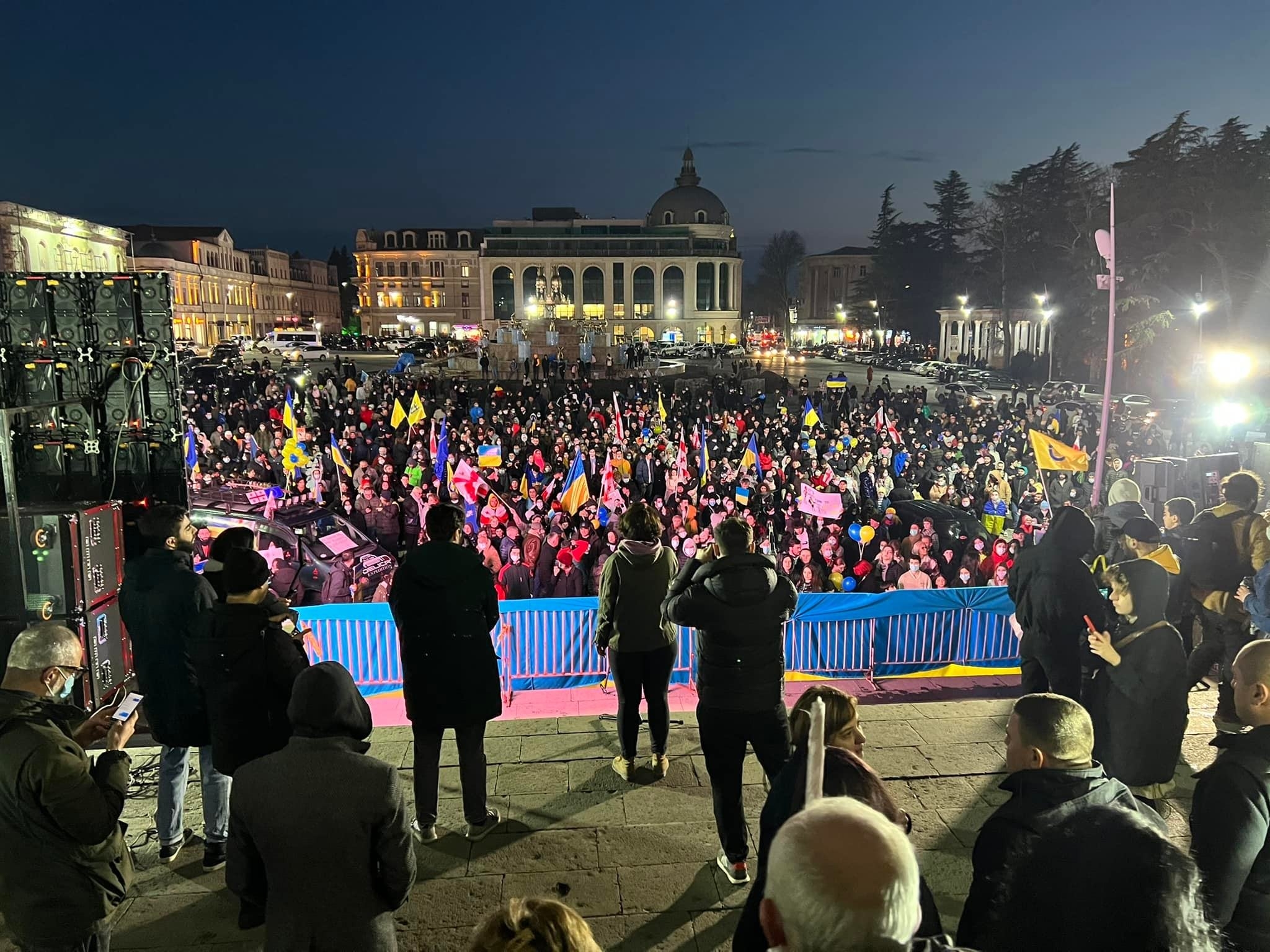 As many Russians flee tightening repression and economic ruin at home, many of them are heading to Georgia. And they are finding an increasingly hostile reception.

“Dear Citizens/Natives of the Russian Federation! You are not welcome to Georgia,” goes one meme that has been widely shared in recent days.

Another viral Facebook campaign, launched by the head of the country’s most famous traditional dance troupe, has many Georgians issuing the pledge: "I am Georgian by nationality and I am strongly against accepting Russians as refugees in Georgia and them crossing the border into my country, even as a tourist. I am not a Russophobe and not hateful. I understand that not all Russians are like Putin, but I do not trust them and this is my right and my freedom because I love my Georgian homeland!”

“In just one week, thousands of Russian citizens entered Georgia, endangering the country's national security,” went one widely-shared petition calling for a visa regime to be instituted. “They may include representatives of the Russian special services.”

This anti-Russian sentiment has exploded in recent days, including among many ostensible Georgian liberals. It is thus far, however, mostly confined to social media. There are reports of Georgian landlords and Airbnb hosts denying would-be Russian tenants, and Russian ex-pat social media and Telegram groups have reports of sporadic interpersonal conflicts.

But as more Russians flood into Georgia – more than 20,000 in recent days alone, the government has said – the prospect for more social tension appears strong.

Georgians have ample reason to mistrust the Russian government, which militarily and financially backs the breakaway territories of Abkhazia and South Ossetia, and which fought a war with Georgia in 2008 as Tbilisi was trying to execute a geopolitical pivot toward the West.

Traditionally, though, most Georgians have drawn a distinction between Russia’s government and Russian people and culture. This new outburst of anti-Russian sentiment is threatening to rend that distinction.

“What kind of idiotic text is this spreading so much?” prominent writer Lasha Bugadze wrote on Facebook, referring to the viral “I am Georgian by nationality” posts. “This is xenophobia, it’s a disaster.”

Belgium-based Georgian artist Shalva Nikvashvili posted on Instagram that the campaign was “extremely racist” but the negative response to his post was so extensive that he turned off comments.

The referenced media source is missing and needs to be re-embedded.

Businesses are fanning the flames, as well. One of the country’s largest banks, Bank of Georgia, has begun requiring new Russian customers to sign a loyalty pledge in which they agree to “condemn Russia’s invasion of Georgia and Ukraine,” to “help fight against Russian propaganda.” A bank representative, via Facebook message, confirmed that the measure was in place and explained that Russian citizens were “subject to stricter procedures as the country is subject to a high-risk assessment.”

The backlash has emerged even though, by all accounts, Tbilisi’s existing Russian community is overwhelmingly against the war and opposes the government of President Vladimir Putin.

“I understand how everyone is feeling, but please hear me – The absolute majority of Russian-speaking ex-pats here in Georgia DO NOT support the Russian government, and they are trying to do their best to help Ukraine,” wrote one longtime Russian resident in Tbilisi in an ex-pat Facebook group. “Please, let us unite (and not divide) in the face of terror. Let us show unity in Georgia like the whole world shows unity in the face of the aggressor.”

While it is impossible to know conclusively, it appears that the new exodus out of Russia – which one observer called “the largest brain drain of Putin's era” – is also nearly entirely anti-Putin and anti-war.

Still, many Georgians say those Russians should be doing more inside Russia to help stop Putin and the war. And they accuse the exiles of “running away” merely to avoid the “discomfort” – in the words of former Defense Minister Tinatin Khidasheli – occasioned by the heavy economic sanctions that many countries have imposed on Russia in response to its invasion of Ukraine.

“It is important that Russian citizens stay in Russia and protest the actions of their aggressor government,” the writers of the visa petition argued.

Russians in Georgia say those arguments minimize the threat that Russians are now facing, where thousands are being arrested at anti-protests and a new law threatens 15 years in prison for spreading what the government deems to be “misinformation” about the war.

“I know the bravery and determination of Georgians and of course, everyone remembers the ‘Rose Revolution’ and the rest of their protests: the bravery of young people deserves praise!” another Russian ex-pat wrote in a Facebook group for Russian-speaking residents of Tbilisi. “But Georgians don’t entirely understand the rottenness and cruelty of the Putin regime … guys, please don’t judge people who are fleeing to your always-hospitable country from this insane tyranny!”

The head of the ruling Georgian Dream party, Irakli Kobakhidze, blamed the anti-Russian agitation on the political opposition, and said that instituting restrictions against Russian citizens because of the actions of their government would be an “unheard-of phenomenon in the civilized world.”

The party has long been accused of indifference to discrimination against other minority groups. But the government has been trying to ride out the current crisis by minimizing its open criticism of the Kremlin, which often sees manifestations of Russophobia in Georgia even when they don’t exist.