The unfinished structure was the result of a brief period of direct Roman control over Armenia in the second century CE. 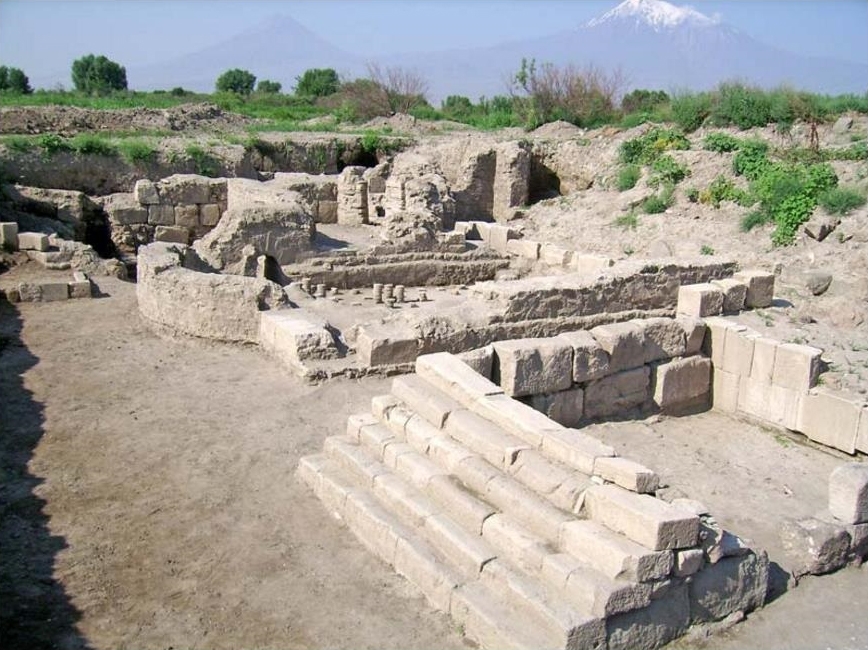 Archeologists have discovered the easternmost Roman aqueduct in the ancient world in Armenia.

The aqueduct was unfinished, and likely the product of a brief period in the second century CE of direct Roman control over the city of Artaxata, an ancient Armenian capital now near Khor Virap on the border with Turkey. That is the finding of a German-Armenian team of archeologists, who published the news in the German journal Archäologischer Anzeiger.

The scientists first detected the presence of a series of pillars via a geomagnetic survey of the site in 2018. They then confirmed those findings with a series of partial excavations. In total, they found evidence of about 460 meters of aqueduct support pillars.

The watercourse itself appears not to have been constructed, however, and a combination of optically stimulated luminescence dating and analysis of the political events of the time led the scientists to conclude that it was most likely constructed between 114 and 117 CE before being abandoned.

At the time, Artaxata was the capital of Armenia. Like all the states in the South Caucasus, it was the object of constant geopolitical competition between neighboring powers, particularly the Roman and Persian empires. Local leaders were forced to regularly submit themselves to one in order to protect themselves from the other.

In one brief period, starting in 114 CE, the Roman emperor Trajan attempted to directly rule Armenia, establishing a province with Artaxata as its center and stationing a Roman legion in the city. But local resistance forced the Romans out just three years later. That was likely the cause of the abandonment of the aqueduct, wrote the authors of the paper: Achim Lichtenberger, Mkrch Zardaryan, and Torben Scheriber.

“The unfinished aqueduct of Artaxata is proof of a failed Roman Imperialism in Armenia and an impressive testimony to the Roman attempt to establish a Roman province,” they wrote. “If finished, the monumental arches and the abundance of running water would have turned Artaxata into a Roman city. It would have been the easternmost Roman arched aqueduct in the ancient world.”