Rouhani May Go To Bishkek, But Unlikely To Focus On SCO 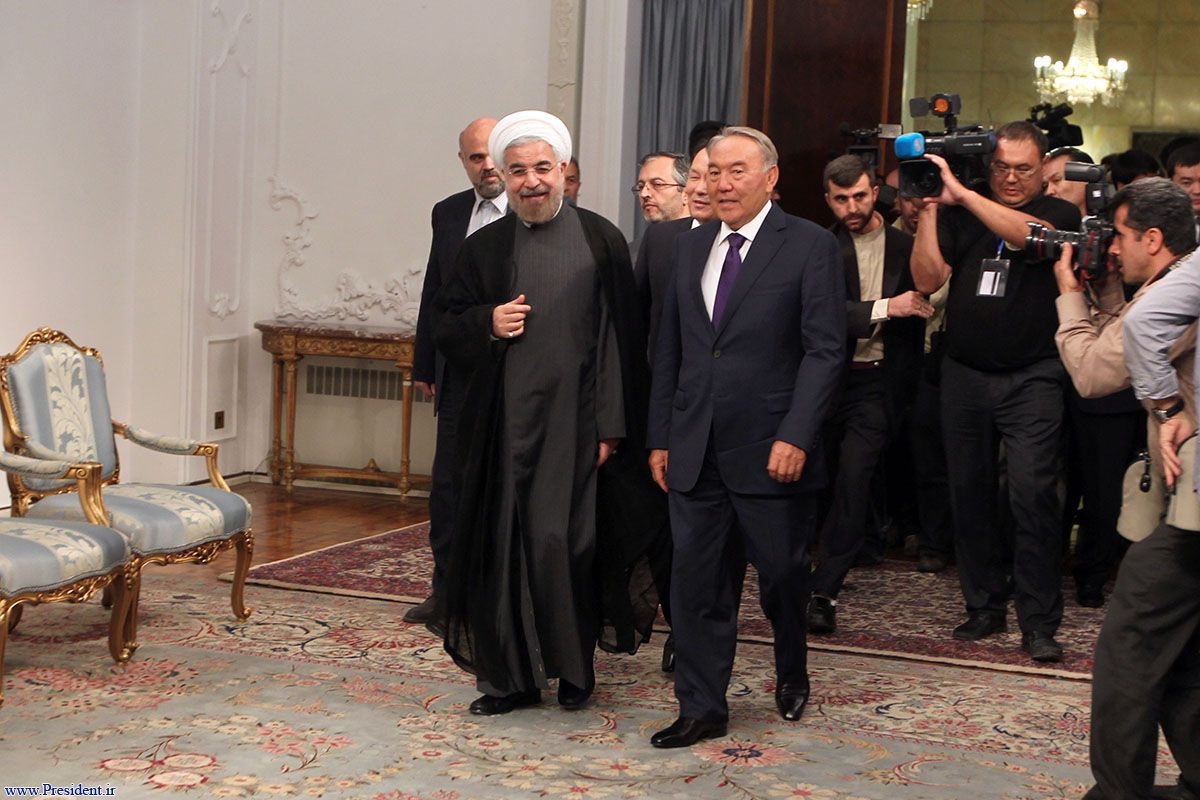 Iran's newly elected president Hassan Rouhani may or may not take his first trip abroad as president to Kyrgyzstan and the summit of the Shanghai Cooperation Organization. Regardless, most analysts seem to believe that as compared to his predecessor Mahmoud Ahmedinejad, Rouhani is less likely to seriously pursue ties with the SCO and its member states more generally.

A number of news media, including Iranian state media, reported last week that Rouhani would travel to Bishkek for the SCO summit on September 13. But then Iran's foreign ministry clarified that no such decision has been made:

"The SCO summit is of high importance in Eurasian region and Iran, as an observer, has actively participated in its meetings," [Foreign Ministry Spokesman Abbas] Araqchi said at his weekly press briefing, adding that "For this (year's) summit, Iran has also been invited, but no final decision for participation in the summit has been made yet."

"The final decision in this regard will be made by the president (Rouhani)," said the spokesman.

Iran isn't a member of the SCO, but an observer. (Full members are China, Russia, Kazakhstan, Kyrgyzstan, Tajikistan, and Uzbekistan.) Under Ahmadinejad, Iran applied for full membership to the organization and he frequently praised the organization, for example calling it the foundation of a "new world order." But Rouhani is likely to step back from that emphasis, said Iranian expert Mehdi Mahdavi Azad in an interview with Radio Ozodi:

When Ahmadinejad came to power he promoted the slogan "View to the East." This policy oriented Iran not to the countries of the European Union but to countries like Russia, China, and of the former Soviet Union. This policy failed; Russia and China only took advantage [of Iran]. I think Rouhani will dramatically change the "View to the East" policy.

Alex Vatanka, of the Middle East Institute, agreed, telling The Bug Pit he expected Rouhani to shift attention toward Europe and Arab states:

[Rouhani likely] will continue Iran's participation as a observer state but not too attach too much strategic significance to it as Ahmadinejad did. Ahmadinejad's aspirations for Iran in SCO turned out to be almost entirely based on a desire to find a geopolitical anchor for Iran to compensate for its standoff with the West. Rouhani campaigned against exactly that kind of wishful thinking and the promise to deal with the world as it is and not go around in Tehran with vague ideas that somehow the Chinese, the Russians and the SCOs of this world can bring Iran out of its international isolations and from the painful sanctions.

M K Bhadrakumar, writing in the Russia and India Report, also noted that Rouhani seems to believe (correctly) that Iran's "View to the East" served those Eastern countries more than it did Iran:

Rouhani has spoken out that Tehran was unwise to depend on the “dual policies of countries like Russia, China and India at the international level,” whereby these counties merely used the Iran card to work on their bilateral ties with the US and strengthen their relations with the West by calibrating their “distance” vis-à-vis Tehran from time to time so that their relations with the West would not suffer.

In the same vein, Rouhani has spoken harshly about Ahmedinejad’s much-touted “Look to the East” policy. He said this policy only played into the hands of the countries of the “East”, by creating leverage for them to strengthen their own relations with the West. Of course, India or China have only acted in self-interest and their diplomacy has been very good at cherry picking what they needed from Iran with a clinical precision without giving away anything really substantial to Tehran in return, while making sure all the time they could extract leverage from the US for keeping their ties with Iran at a deliberately sub-optimal level.

So will Iran's policy toward the SCO change? The upcoming summit could give us a hint.