Rubles in the Near Abroad: Arming both sides

Planes, guns and gold: This and more in our monthly Russian business briefing. 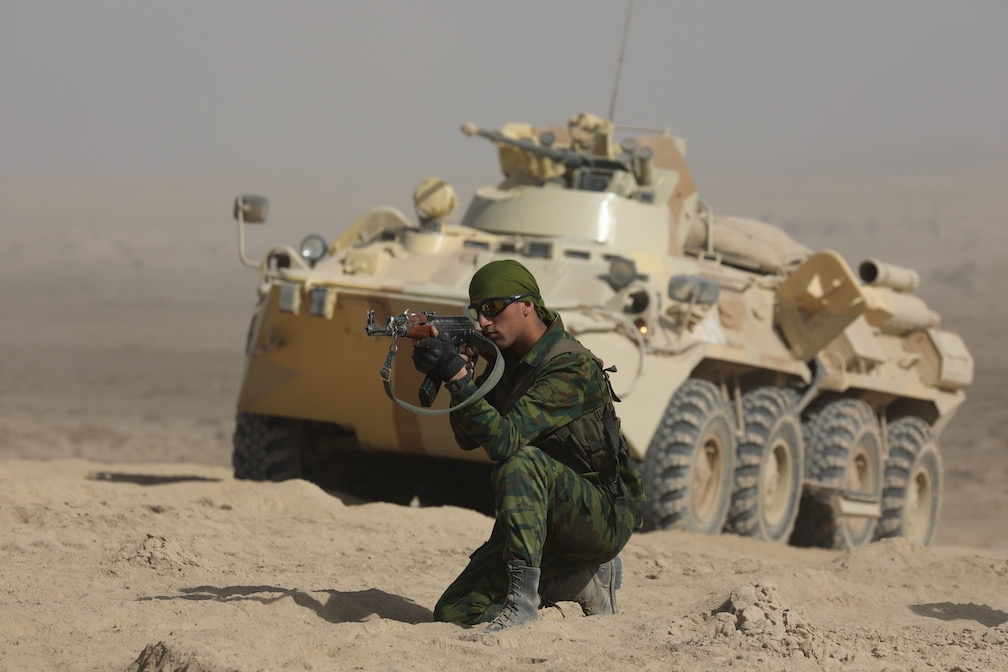 Russia has long played a complex role managing the rivalry between Armenia and Azerbaijan. Although Baku and Yerevan have no diplomatic relations due to their decades-old conflict over Nagorno-Karabakh, Moscow has major business interests in both.

Occasionally this role causes frictions, as witnessed on November 5 when Armenian Prime Minister Nikol Pashinyan called on the Russia-led Collective Security Treaty Organization (CSTO) to “consider the interests of all participating nations” when it comes to military-technical cooperation. The comment was a clear dig at Russia’s sale of arms to Azerbaijan, which unlike Armenia is a member of neither the CSTO nor the Eurasian Economic Union.

Leonid Kalashnikov, who heads the State Duma’s committee on post-Soviet affairs, defended Moscow’s position, reported Yerevan-based Armenpress. Kalashnikov argued that Russia supplies more arms to Armenia, including weapons it does not sell to other countries.

While that claim is debatable, Russia says it is stepping up its support for Armenian defense. It is scheduled to deliver four new SU-30SM attack aircraft by February. But another recent deal has caused enmity between the two allies. Russian state-run rifle maker ORSIS alleged on November 5 that Yerevan was attempting to resolve a cancelled contract with the firm through unofficial channels. ORSIS said it hopes to keep the dispute out of court.

Moscow shows no sign of abandoning a good customer. Asked to comment on Pashinyan’s remarks during a December 3 visit to Baku, Russian Foreign Minister Sergei Lavrov retorted that “I can only emphasize that military-technical cooperation is one of the important areas of our strategic partnership with Azerbaijan.”

Moscow has long used its role as the region’s key defense supplier as both carrot and stick with countries across Eurasia. On November 27, Russia’s Ministry of Defense donated two MI-8MT helicopters as well as a pair of P-19 radar stations to Kyrgyzstan’s armed forces. It is the second time it has given Kyrgyzstan such helicopters this year, having previously done so in April, when it also gave Bishkek nine armored personal carriers.

Russian-Kyrgyz ties remain strong under President Sooronbai Jeenbekov, despite the arrest of his slavishly pro-Russian predecessor, Almazbek Atambayev, earlier this year even after Russian President Vladimir Putin publicly advised against such a dramatic move.

Kyrgyz political squabbles have previously opened up investment opportunities for Russia, for example in 2015 when Russian mining firm Alliance’s subsidiary Vostok-Geoldobycha won the right to develop the country’s second-largest gold deposit, Jerooy, despite bidding $10m less than Kyrgyzstan’s own state gold company, Kyrgyzaltyn. The mine had come up for tender after Atambayev’s predecessor Kurmanbek Bakiyev and four family members were convicted in absentia of plotting to kill the British businessman representing Oxus Gold, which held the license at the time.

Progress is going far better for Alliance than it ever did for Oxus. On November 11, Alliance announced that blasting operations at the site had finally begun, presaging a flow of Kyrgyz gold to Russia.

Significant sums also flow the other way, from Russia to Central Asia, in the form of remittances. Now Tajikistan’s government appears to want a cut. Back in September, the Tajik National Bank announced it would take control over these flows. As predicted, transfers ground to a halt as soon as the new system was launched on December 1, even for the wire companies that had struck agreements with Dushanbe. The new system’s teething pains look likely to disrupt the remittances on which the Tajik economy is so dependent.

While the families of Tajik migrant workers suffer, big business between Russia and Tajikistan is unlikely to be affected. Although Beijing has been Dushanbe’s preferred partner of late, Moscow remains its leading trade partner. It is also still willing to finance aircraft sales to Tajikistan, despite glaring problems with Dushanbe’s unsustainable debts and struggling airline industry.

On November 21 Somon Air – a company close to Hasan Asadullozoda, the Tajik president’s brother-in-law – announced it had agreed to lease two Embraer E190E2 aircraft in a deal financed by Russian state bank VTB. The terms have not been disclosed.

Somon Air has a sweet deal: the best routes ferrying those migrant laborers back and forth to Russia.

Russia’s continuously struggling airlines would surely like a bigger piece of that action. In the Caucasus, they are facing yet more headwinds as Moscow continues its ban on flights to tourist-mecca Georgia. On November 19 leading Russian business daily Vedomosti alleged that Russian airlines which lost revenues as a result of Putin’s June decision to cut flight connections with the country were “desperate” to receive the compensation the Kremlin promised at the time. The ban reportedly cost Russian airlines around 3.2 billion rubles ($50 million), though Vedomosti cited three airline executives as saying they no longer expect to be reimbursed.