Rubles in the Near Abroad: EAEU cannot be serious!

Azerbaijan is beginning to assert itself in the post-Soviet fuel feuds. This and more in our monthly briefing on Russian business in Eurasia. 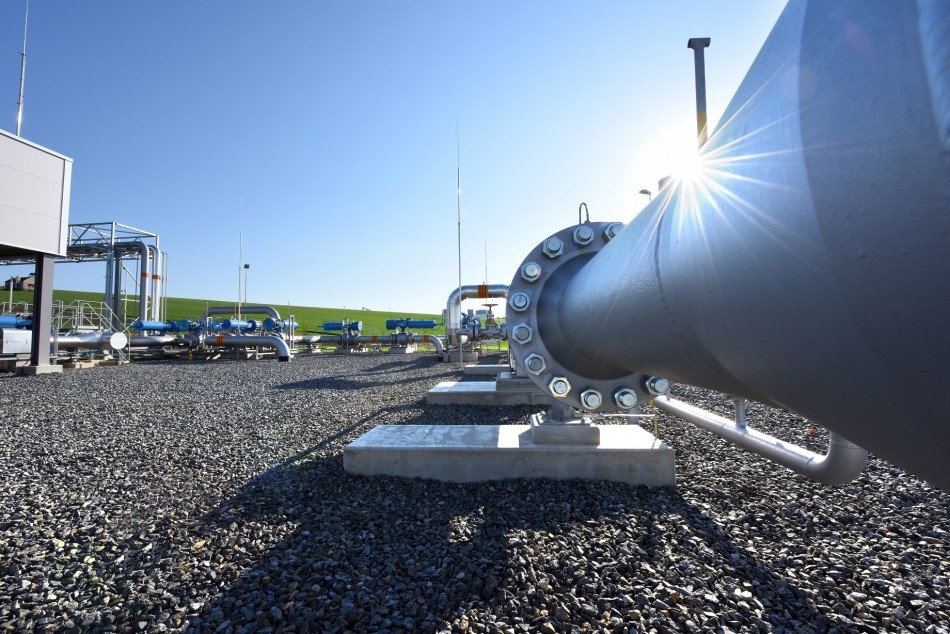 A Gazprom pipeline in Europe (Gazprom)

Azerbaijan is beginning to assert itself in the post-Soviet fuel feuds.

Last month we told you how President Ilham Aliyev offered Russia to pump its gas through Azerbaijan’s pipeline network to the EU, in the process undermining European efforts to diversify away from Russian supplies.

That Russophilic bonhomie may, however, prove short-lived. Baku has now waded into the long-running oil spat between Minsk and Moscow. On February 26 Belarusian state oil company Belneftekhim announced it had agreed to buy 160 tons of Azerbaijani oil from state-run SOCAR. Moscow cannot be pleased.

Minsk has long depended on Russian oil, which it buys at a discount and sells on as gasoline to Europe. But for over a year it has been arguing with Moscow about adjustments to Russia's taxes, which end a tax exemption Belarus enjoys. That will raise the cost for Minsk and its Russia-subsidized refining industry.

Rosneft has typically supplied the lion's share of the crude, at the terms of its choosing. CEO Igor Sechin met with Belarusian President Alexander Lukashenko on February 18. Despite warm words – and Sechin's reminder that Rosneft is a shareholder in Belarus's Mozyr Oil Refinery – they struck no agreement.

Moscow has far closer relations with its other major-oil producing neighbor, Kazakhstan.

A kink in the relationship, however, is the difficulty shipping goods across their mutual border, even though the two are founding members of the Eurasian Economic Union (EAEU), a free trade bloc. Kazakhstan's Ministry of Industry and Infrastructure announced in February that almost all of the countries’ 51 border-crossing checkpoints were in need of modernization.

The EAEU is failing to smooth over many challenges to deeper regional economic cooperation, Kazakh Senate Chair Dariga Nazarbayeva told Mikhail Myasnikovich, chairman of the EAEU’s steering group, the Eurasian Economic Commission, on February 24. Nazarbayeva – who, in addition to being the daughter of Kazakhstan’s first president is first-in-line for the presidency should anything happen to Tokayev – specifically noted that the bloc now recognizes 66 obstacles to trade, up from 60 when the organization was launched in January 2015.

These obstacles consist primarily of non-tariff barriers: regulations and procurement structures in which companies from fellow EAEU members are at a disadvantage compared to those from the home market. Nazarbayeva specifically mentioned how Kazakh trucks, compared to Russian and Belarusian ones, face difficulties crossing the Russian-Belarusian border because the EAEU's framework does not address the fact there is no international checkpoint at that crossing.

Myasnikovich avoided directly responding to Nazarbayeva’s complaints, but he did call for new arbitration institutions to settle disputes between EAEU members. The Belarusian’s proposal is likely to meet some disquiet, however, given Russia’s habit of seeking punitive awards against neighbors during moments of political friction.

There have been some small steps to boost Russian-Kazakh trade recently, although the latest will anger environmental activists. On March 3, state-owned Russian Railways announced that it would discount its tariffs by 12.8 to 25 percent for shipping Russian coal to China through Kazakhstan.

Although Turkmenistan is a far more challenging business environment, Russians continue to explore opportunities in this closed economy as well. Whereas Russian cellphone firm MTS remains locked in arbitration with Ashgabat over claims President Gurbanguly Berdymukhamedov’s government illegally forced it out of business, Russia’s ARETI, a small energy firm with longstanding links to Berdymukhamedov, is exploring new investments.

That is according to Turkmen state media’s writeup of ARETI head Igor Makarov’s February 18 meeting with the president. His unusual success in Turkmenistan over many years – perhaps greased by his alleged purchase of a 60 million euro yacht for Berdymukhamedov when his company was called Itera, or perhaps it’s just their shared passion for cycling – suggests he will not face the kind of difficulties MTS encountered.

Vagit Alekperov, the CEO of Lukoil, which is far larger than ARETI, also visited Berdymukhamedov on February 5, a sign it is sniffing around the Turkmen oil-and-gas industry as well.

Heading in the other direction, Berdymukahemdov's son Serdar, riding high off his third major promotion in a little over a year, visited Tatarstan region President Rustam Minnikhanov on February 17 in his new role as Construction and Industry Minister. Minnikhanov touted the potential for Turkmenistan to “cooperate” – i.e. purchase ships from – the Zelenodolsk shipyard. The pair also created a Tatarstan-Turkmenistan working group. Serdar Berdymukhamedov couldn’t look happier.

Lately Beijing has eclipsed Moscow as Tajikistan’s major benefactor. Foreign direct investment from Russia amounted to just $33 million in 2019, a fraction of the $262 million invested by Chinese firms last year, according to government data, and far less than the $50 million Russian officials last February said they expected to invest.

Ahead of the visit, about which the two sides said little, Kyrgyz Ambassador to Russia Alikbek Dzhekshenkulov told Novaya Gazeta that the Kremlin wishes to expand defense cooperation. Dzhekshenkulov specifically noted that Moscow agreed to increase rent payments for the Kant Airbase by $291,500 a year. Kyrgyzstan will now receive $4.8 million in Russian defense payments annually, in addition to military hardware such as the helicopters and radar stations donated in November.