Rubles in the Near Abroad: Tashkent tease, Yerevan squeeze

Flirting with Uzbekistan, reconciling with Armenia and guarding Turkmenistan: This and more in our monthly Russian business briefing. 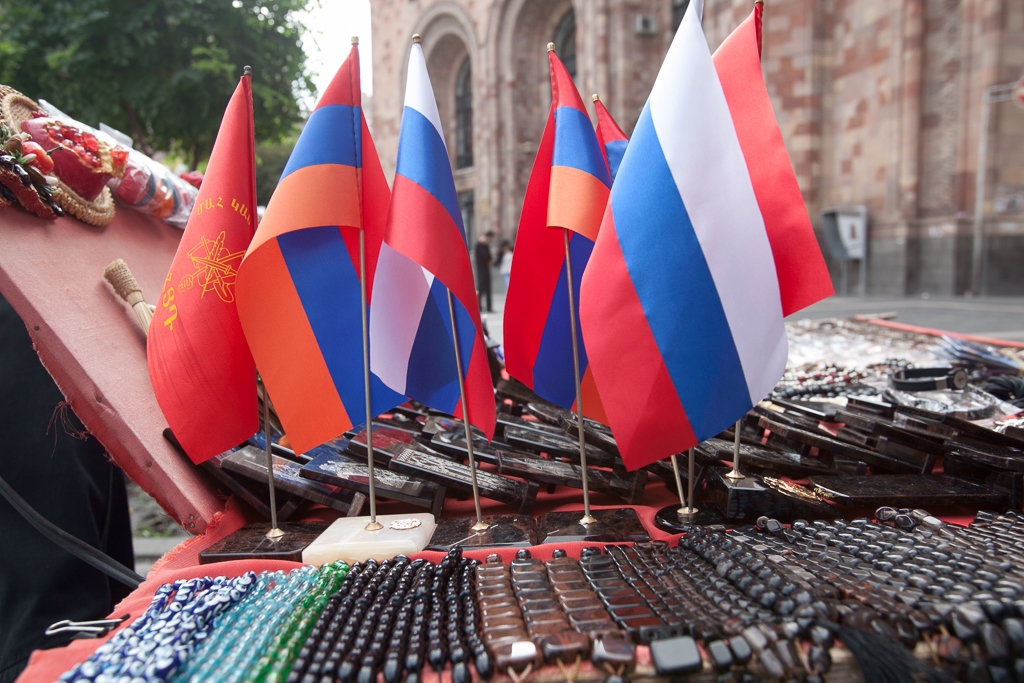 Nematov argued that Uzbekistan’s accession would be motivated solely by economic interests, adding that a growing number of countries have signed free trade agreements with the EAEU. Nematov, previously an ambassador to Washington and before that Moscow, also warned that some countries – an oblique reference to the United States – would oppose Uzbekistan joining.

What might Moscow have to do to secure Uzbekistan’s membership? Nematov dropped hints, noting that Russian Finance Minister Anton Siluanov had traveled to Uzbekistan earlier in December, a previously unreported development. Siluanov also held meetings in Tashkent in September.

Two visits in three months suggests some kind of deal is being discussed. Exactly what this could be is unknown, but Tashkent arguably has less need than ever for aid from Moscow. Since reformer Shavkat Mirziyoyev became president three years ago, Uzbekistan has had little trouble raising financing from Western capital markets, and has also secured more Chinese loans.

Moscow may be willing to dangle cash, but that would be risky. The Kremlin wrote off Tashkent's intergovernmental debts when President Vladimir Putin visited in December 2014, during his initial post-Crimea push to get the EAEU project up and running. Back then, $865 million was not enough to secure Tashkent’s membership; with Tashkent now receiving courtiers from capitals near and far, the price has surely risen.

When Moscow does invest in levels sufficient to reshape an economy, it often has broader interests. Perhaps no Eurasian state is more aware of this than EAEU member Armenia.

Since coming to power in 2018, Armenian Prime Minister Nikol Pashinyan has managed to keep the Kremlin calm even as he hounds its erstwhile allies, ex-presidents Robert Kocharyan and Serzh Sargsyan. While some Kremlin-friendly think tanks argue that the relationship is souring, recent developments look positive.

Armenia took delivery of four Su-30SM attack aircraft on December 27, with Russian pilots symbolically carrying out the test fights. The price Armenia paid for the planes remains unknown, but the deal is likely linked to recently announced plans to modernize Russia's 102nd military base in Gyumri, Armenia’s second city.

Russian arms maker ORSIS’s recent quiet quarrel with Armenia for abandoning a contract appears to have been resolved. RIA Novosti quoted Artak Davtyan, chief of the General Staff, on December 26 as saying Yerevan will indeed go ahead with plans to buy ORSIS-made arms.

As if Putin needed a reminder that Moscow is the big brother in the relationship, a journalist held up a sign during his December 19 press conference declaring him president not only of Russians, but of Armenians as well. The journalist, Maria Lakatush, later clarified that she meant no offense to the authorities in Yerevan, but that Russia is home to many ethnic Armenians.

The depth of these ties was emphasized days earlier when Armenian President Armen Sarkissian declared, Russian state media reported, that he sees his job not only as soliciting investment from the Armenian diaspora into Armenia, but into Russia as well.

Armenia is not the only ex-Soviet state with a sizable population in Russia. The Central Asian countries have long been key sources of migrant laborers. But a report from Caravanserai, a source of fervently anti-Russia stories funded by the U.S. Defense Department, asks if a shift is underway. It notes that the number of Uzbeks traveling to Russia for work had fallen from 1 million in 2014 to 852,000 in 2018. Contrast that to the number of Uzbeks traveling to Kazakhstan, which spiked from 468,000 to 3 million between 2016 and 2018. While many of these visitors are probably not working – perhaps instead enjoying relaxed border restrictions and shopping opportunities only half an hour from Tashkent – the funds transferred from Kazakhstan to Uzbekistan rose 28 percent over the same period. Kyrgyz workers are also increasingly seeking work in Kazakhstan, Bishkek-based economist Elmira Suranchieva told the outlet.

Kazakhstan's Leader of the Nation, ex-President Nursultan Nazarbayev, has long sought to make his country an economic power, and although the EAEU is often correctly described as Russia-led, it was Nazarbayev who first proposed the idea. Putin acknowledged this during a summit of the bloc's leaders on December 20 in St. Petersburg. Nazarbayev returned the praise, describing Putin as a man of who keeps his promises, a man who “knows the value of friendship.” Where this relationship goes in 2020 may be shaped by who succeeds Ambassador Imangali Tasmagambetov, a long-time Nazarbayev associate, who was removed by President Kassym-Jomart Tokayev on December 18.

One Eurasian state that keeps foreign associations like the EAEU at arm’s-length is Turkmenistan. But the improvement in economic relations with Russia that began last April continues. On December 25 local media in the Russian republic of Dagestan reported that Turkmen diesel is being shipped to the region again for the first time since September 2014.

Turkmen-Russian cooperation appears also to be expanding beyond trade. On December 27 RFE/RL cited a source in the Turkmen border guards claiming that Russian troops have been stationed along Turkmenistan's 744-kilometer border with Afghanistan for at least a year. Although any security matter (any government matter, really) is a closely held secret in Turkmenistan, President Gurbanguly Berdymukhamedov has acknowledged the improvement in ties with Russia. In an early-December speech, Russia was the only country Berdymukhamedov namechecked as a strategic partner.