Russia Again Tries — And Fails — To Get Allies' Support Against Turkey 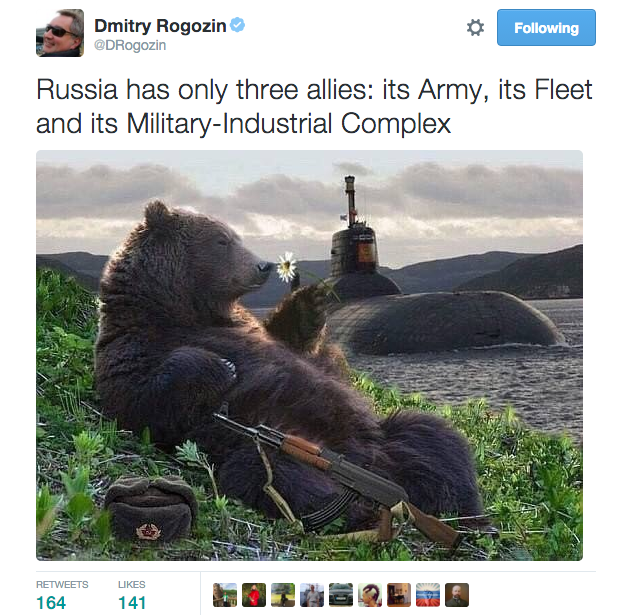 The Russia-led military alliance, the Collective Security Treaty Organization, has declared its support for Russia in its ongoing conflict with Turkey. But the fact that the CSTO's statement was issued by an Armenian general, and that all of the other CSTO members have conspicuously failed to publicly back the statement, has only reinforced the impression that few of Russia's friends are willing to take its side against Turkey.

On Wednesday, the CSTO's military committee met in Moscow and, according to the organization, unanimously condemned Turkey's shootdown of a Russian Su-24 bomber on the Turkey-Syria border last month.

"All chiefs of staff of the CSTO member states supported the position of Russia, calling the Turkish aggression treacherous. It can't be judged any other way — it was a stab in the back, as Russia said immediately," said the chief of staff of the Armenian armed forces, Colonel-General Yuriy Khachaturov.

He went on: "We support Russia in all of its decisions... The CSTO is united as never before. We will get stronger."

That's clearly laying it on a bit thick, he seems to be protesting too much. And the silence among all the other CSTO allies — Belarus, Kazakhstan, Kyrgyzstan, and Tajikistan — was deafening. Belarus's Ministry of Defense issued a statement about attending the meeting, but nothing about Turkey or stabs in the back. Tajikistan's state news agency just reprinted a TASS story about the statement. And that was it.

If all this sounds a bit familiar, it is: just a couple of weeks ago, the CSTO issued a statement supporting Russia, to the same awkward silence among its ostensible allies. At least this time Armenia seems to be fully on Russia's side, though given Armenia's history with Turkey this is hardly a diplomatic coup.

The difficulties faced by the Turkic ex-Soviet republics (Azerbaijan, Kazakhstan, Kyrgyzstan, Turkmenistan, and Uzbekistan) in managing this dilemma have been widely covered. The longer this drama goes on, the more remarkable it is that Russia, with its deep political, economic, and military ties to these countries, has been unable to get them to stand against Turkey, whose ties to the ex-Soviet republics are mostly cultural, abstract and sentimental. All the more so given that the consensus seems to be emerging that Russia is more or less correct that the shootdown was, if not exactly a stab in the back, at least an "ambush." As Russia's hawkish deputy prime minister, Dmitry Rogozin put it recently, borrowing from the famous saying of Tsar Alexander III: "Russia has only three allies: its Army, its Fleet and its Military-Industrial Complex."