Russia and China Talk Past Each Other at SCO Pow-wow 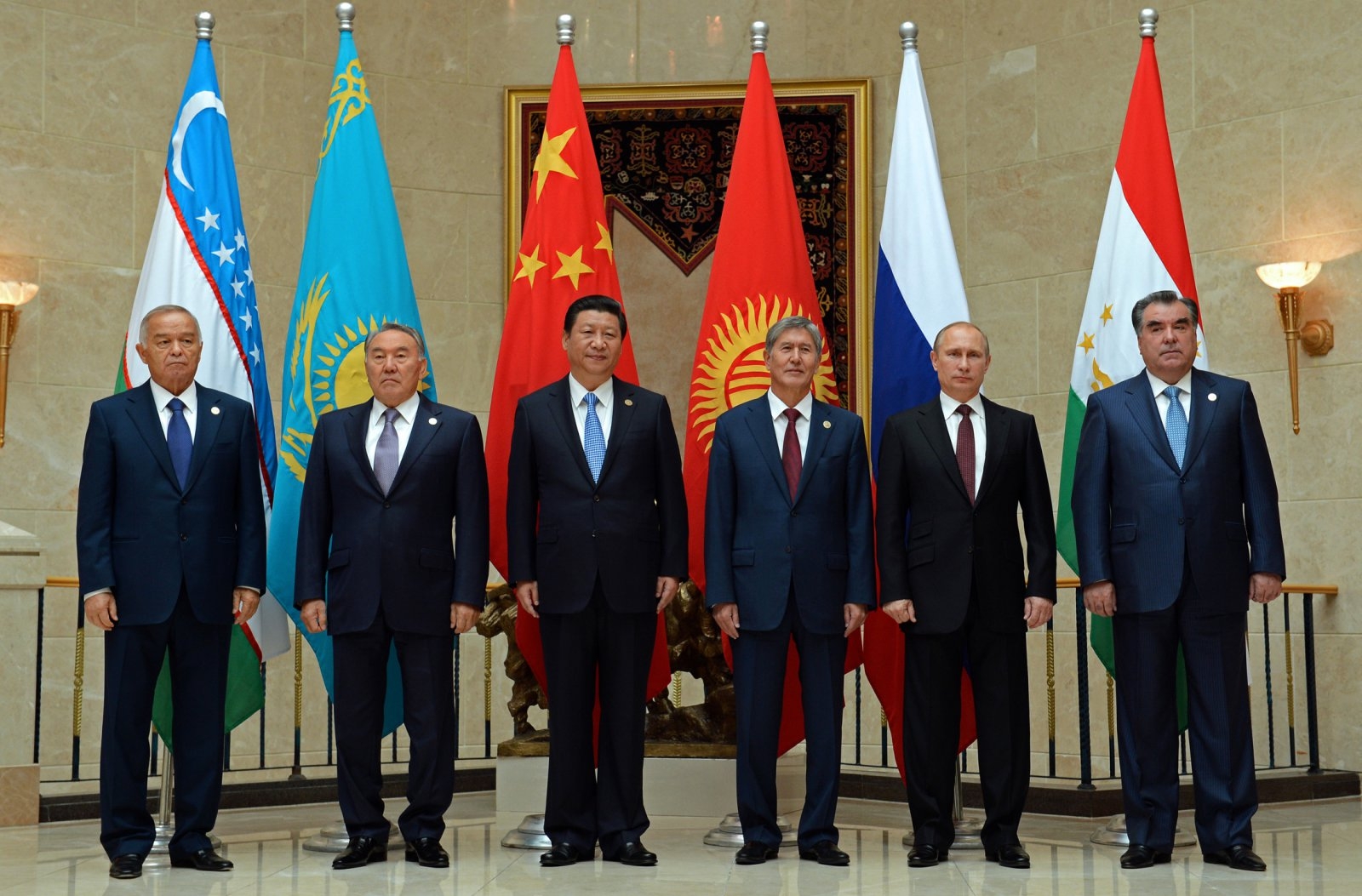 Aside from a famously bland brand of diplomatic rhetoric, the Shanghai Cooperation Organization represents the only major Eurasian club that caters to both Russian and Chinese interests. Yet with Moscow and Beijing presenting visibly divergent visions for economic cooperation in Central Asia, it is unclear how those competing views can be reconciled.

The differences were on full display at an annual SCO Forum of government-affiliated experts, hosted this year by Kyrgyzstan’s National Institute of Strategic Studies on June 23. It was the ninth such SCO Forum, and it took place under markedly different circumstances from last year’s gathering in Beijing. The SCO comprises China, Kazakhstan, Kyrgyzstan, Russia, Tajikistan and Uzbekistan.

Over the past year, the Kremlin-sponsored protectionist Eurasian Economic Union (EEU) has almost become a reality. The EEU, which many see as an attempt to rebuild ties among post-Soviet states, is slated to come into existence in January. It erects barriers to trade with non-members, like China. Kyrgyzstan is expected to join next year. China, meanwhile, has begun articulating its own concept of a “Silk Road Economic Belt” to expand trade and investment into Russia’s backyard. The two projects appear to be mutually exclusive, as were the attitudes of some Chinese and Russian participants at the Bishkek forum.

Russian representatives at the Forum in Bishkek’s Ala-Archa state residence were clearly irritated by debate about institutional incompatibility and the idea the SCO could have an economic agenda. “This discussion is artificial in many senses,” said Ivan Safranchuk of Moscow State Institute of International Relations (MGIMO), which is run by the Foreign Ministry. “The Eurasian Economic Union is already a working reality […] My understanding is that China’s initiative is still being worked on in China and that it will not be proposed as part of the SCO agenda.”

Chen Yurong, an SCO expert at the Chinese Foreign Ministry’s Institute of International Studies, corrected Safranchuk, stressing that the Silk Road Economic Belt “would not contradict the Eurasian Economic Union.” Instead, Chen noted, “it will be possible to combine this initiative with different projects within the framework of the SCO.”

The Silk Road Economic Belt concept was unveiled during last fall’s visit to Central Asia by Chinese President Xi Jinping, who also distributed tens of billions in investment and contracts during his regional tour. Russian officials seem worried that the SCO, primarily a security organization, may play a role in promoting the economic belt idea. Such concern is understandable given that Russia has a hard time competing economically in the region with China, which is the largest trade partner for four of the five Central Asian states.

In one of the most direct messages of the day, Alexander Lukin, also of the Russian Foreign Ministry’s MGIMO, tried to tell China to back off. “Russia would like to retain its traditional influence in Central Asia,” Lukin said. “The political system of the countries of Central Asia is substantially closer to that of Russia’s than that of any other country.”

Also discussed was the idea of an SCO development bank, a project that has reportedly irked the Kremlin, given that Beijing, not Moscow, would be dispensing most of the cash for regional infrastructure projects. Last September, Chinese state-media, noting the mixture of cooperation and competition with Russia in Central Asia, said the Kremlin had been “demurring from contributing funds to the proposed bank.”

Speaking at the Forum, Chen, the Chinese SCO expert, said she thought the Silk Road Economic Belt would help speed up the formation of the bank, which some other members, like Uzbekistan, have endorsed.

Aidar Amerbaev, head of the Institute of World Economics and Policy in Astana, which is connected to the Kazakh president’s office, broke away from formal forum-speak by noting that “Chinese and Russian jealousy” had hindered integration within the SCO space. That energy, he suggested, should be turned toward collaboration. “With Western sanctions on Russia [following the crisis in Ukraine] … the political conditions for more Russian and Chinese bilateral economic cooperation have appeared,” Amerbaev noted during a discussion on economic cooperation. Kazakhstan, he added would be in a prime position to benefit.

Speaking to reporters “as a member of an international organization not as a Russian citizen,” SCO Secretary General Dmitry Mezentsev acknowledged the existence of Chinese-Russian economic competition in Central Asia. “Of course different forms of economic cooperation bring with them an element of competition. But that competition will be healthy,” Mezentsev insisted. “The Eurasian Economic Union is a regional integration project. The Silk Road Economic Belt, as I understand, is not.”

There is one thing that continues to unite Russia and China and keep post-Soviet countries oriented toward Moscow: a general desire to bash the West. Moral values in the SCO countries “seriously differ” from the “liberal secularism” in Europe, argued Alexander Lukin of the Russian Foreign Ministry’s MGIMO. Western views on “sexual minorities and other things” are considered “sinful” in countries on a more “spiritual” path like Russia. Highlighting these differences has made “regional leaders calling for post-Soviet regional integration more attractive to their respective electorates,” claimed Lukin. No other participant bothered to point out that an empowered electorate is a rarity among SCO member states.