Russia and the Battle for Ukraine’s Hearts and Minds 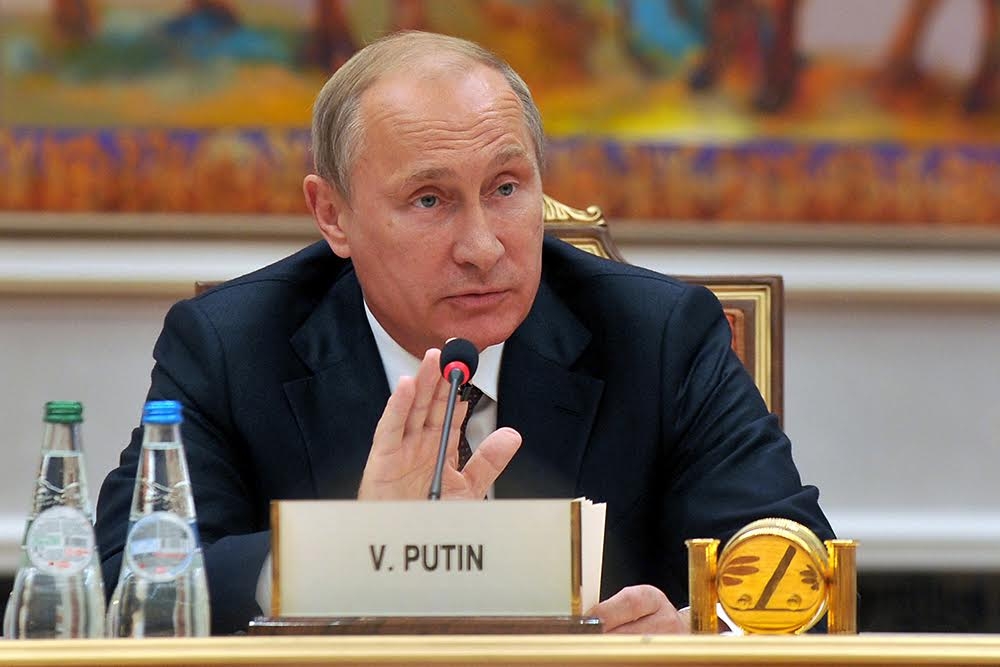 Russian President Vladimir Putin has become enemy number one in Ukraine. The longer the conflict in eastern Ukraine drags on, the further the Ukrainian public is likely to psychologically drift away from Russia. (Photo: European Union)

Russia may have the upper hand in the war in eastern Ukraine, but it is losing the battle for the hearts and minds of the Ukrainian nation. As a result, the more Russian leader Vladimir Putin tries to pull strings, the more he weakens the cultural and historical ties that have long bound Russia and Ukraine.

Ukraine has experienced a fundamental shift in public opinion since the EuroMaidan uprising in late 2013 – early 2014. And the transformation has been startlingly fast. The cultural and linguistic connections between the two Slavic peoples were such that pretty much no one in Ukraine could have predicted two years ago that their country would be in a fight today against Russia.

Now, in the midst of war, things have visibly changed in the country. Outside the conflict zone in eastern Ukraine, in many of the country’s large cities national flags are found in abundance in places where they were hardly seen just two years before. Billboards and signs call on citizens to support the war effort, while stores and cafes in cities like Lviv house donation buckets to help the poorly equipped security forces. In Kyiv, the same souvenir stands that used to sell Soviet paraphernalia, such as KGB flasks and busts of Lenin, now sell Azov battalion t-shirts and toilet paper with Putin’s face on it.

Among many of Ukraine’s citizens, even those that were previously apolitical or had a favorable view of Russia, Putin has become enemy number one. “The ironic thing is that, while Putin supports the war in Donbas and tries to weaken Ukraine, he has done more to build Ukrainian solidarity and patriotism than anyone else as a result of this conflict,” said Mikhail Stepanskiy, a Kyiv resident and creative director of a branding agency.

While central and western Ukraine has decidedly turned away from Russia and towards Europe, public attitudes are more nuanced in cities like Kharkiv and Odessa. Culturally and historically closer to Russia, the inhabitants of those two areas tend to be more skeptical about the aims of the Ukrainian government in Kyiv, especially the stated desire for the country to move closer to the European Union and NATO.

But even there pro-Russian sentiment has failed to gain much ground and those regions remain firmly rooted in Ukraine. “The economic situation is difficult enough as it is, we don’t want to become another Donetsk or Luhansk,” said Tatyana, a pensioner from Kharkiv. She added that while she does not trust Poroshenko (“he is just another oligarch”), Ukraine does need someone to stand up to Putin, who “has a Napoleon complex and is trying to make history as another Russian tsar.”

The shift in attitudes among ordinary Ukrainians, both in terms of greater animosity towards Russia and greater patriotism on the home front, is in some ways more important to consider in assessing the future of the country than the current state of the fighting. On the battlefield, Russia has been able to facilitate the splitting off of the Donbas from Ukraine. Russian military power is simply too much for Ukraine’s fledgling security forces, even with the increased financial and material support from the West, and the one thing that most everyone in Ukraine agrees on is that the war is not likely to end anytime soon.

But the irony is that the longer the conflict in eastern Ukraine drags on, the further the Ukrainian public is likely to psychologically drift away from Russia. Combined with a new post-Soviet generation coming of age in the country, this will make soft power all the more difficult for Russia to wield in Ukraine. Even Moscow’s tried and true hard-power tactics of energy cutoffs, trade squeezes, and political manipulation are no longer as potent as they once were. The main problem with this, however, is that it may force the Kremlin to adopt an even more aggressive posture down the line, as Putin is not known as someone to back down.