Russia and the EU: The Tale of Two Empires 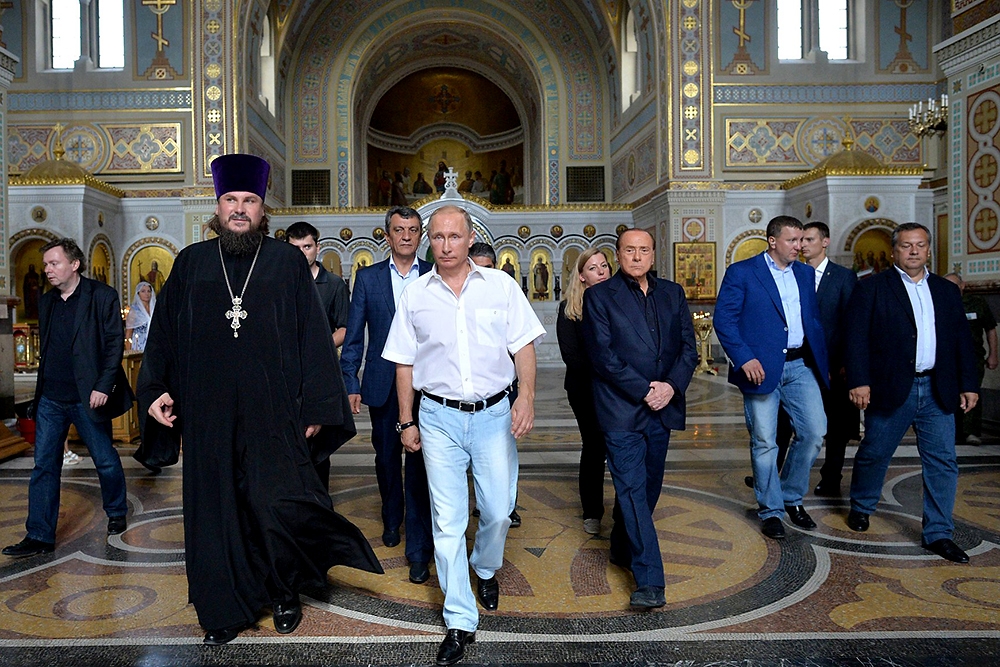 The differing, imperial-like natures of Russia and the European Union are going to make it hard for them to find an accommodation in their shared – and contested – neighborhood.

When Teodor Shanin, a prominent British historian, was once asked how soon the process of Russia’s “decolonization” would end so that it could emerge into a “normal” nation-state, the veteran student of Russia dismissed the question as deeply flawed.

“The truth is,” Shanin said, “that when empire ends, it might well be replaced by a new one.”

Russia’s annexation of Crimea, its role in the fomenting of war in Ukraine’s eastern provinces, and its military involvement in the Syrian conflict prompt one to reflect on the nature of Russia’s recent conduct, and on Russia itself. Where does Russia as both a state and a nation begin, and where does it end?

Many students of the past would agree that an empire as a polity is characterized by unstable, movable boundaries – a feature that derives from the imperial ideal of universalism. Some scholars would even argue that ascendant vigorous empires never have their frontiers clearly demarcated; when they are properly fixed, it is a signal that the given empire is in its twilight years.

Russia in all its historical guises has been an empire for almost half a millennium. It is only natural then, contends Russia’s leading sociologist Aleksandr Filippov, that the Russian Federation “as the largest chunk of the Soviet empire that collapsed less than a quarter century ago has inherited one of the most important features of imperial organization of space: the uncertain, dynamic nature of borders.”

The Soviet collapse left Russia in a unique geographical position – bordering more states than any other country in the world. Most of these neighboring states are former imperial borderlands, and most of the frontiers are former, Soviet-era internal administrative borders that are poorly delimited and demarcated. Thus, it should not come as great surprise that Kremlin strategic planners distinguish between the Russian Federation’s formal state borders and what they consider to be Russia’s strategic frontiers defined largely by security and economic interests. The latter are much more expansive than the former, and tend to coincide with the borders of the former Soviet Union.

This distinction is reflected in the existence of Russia’s customs and security borders that do not run along Russia’s de jure borders. The first example is Belarus, whose western border is a de facto customs border of Russia. The second example is Tajikistan, a country that does not have a common border with Russia, yet whose border with Afghanistan is Russia’s security frontier. Some other ex-Soviet countries – Moldova (with its secessionist and unrecognized enclave of Transnistria), Armenia, Kazakhstan and Kyrgyzstan, along with the separatist Georgian entities of Abkhazia and South Ossetia – play a similar role in Russia’s strategic calculus, as they host either Russian military bases and/or military facilities left over from the Soviet era. Russia’s major Black Sea naval base in Sevastopol definitely made Crimea – now seized from Ukraine and attached to Russia – a crucial aspect of Russia’s security frontier.

Then there is a much trickier issue of how Russia’s formal state borders relate to what can be termed Russia’s “sphere of identity.” The Kremlin clearly makes a distinction between the two, underscored by the way Russian leaders use the term “compatriots” when discussing ethnic Russians in neighboring states. The distinction also provides an ideological foundation for the concept of the “Russian World.” In such a way, the Kremlin can justify to itself that a “genuine” Russia extends far beyond the Russian Federation’s borders. When the Ukraine crisis erupted, the assertion that the Russians are the largest divided people in the world became the Kremlin’s ideological lynchpin. The need to protect Russian kith and kin was the principal justification of Russia’s land grab in Crimea and of its involvement in the conflict in Ukraine’s east.

That said President Vladimir Putin seems more interested in regional hegemony than in imperial domination. The existence of Russia’s multiple borders (formal and strategic ones), as well as a gap between its “geobody” and “cultural body,” are viewed by Kremlin strategists as useful instruments of manipulation – largely soft power tools that can be deployed to establish Moscow’s controlling influence in post-Soviet Eurasia.

Russia would have preferred to preside over a pan-Eurasian “neo-imperial” structure, something akin to the EU. But it has not turned out the way the Kremlin would have liked. The reason why Putin’s plan to draw Ukraine into his pet project – the Eurasian Union – failed and he resorted to raw force is that he was acting out of desperation: he sensed he was losing the geopolitical competition over Ukraine to the West. Ukraine, argued Andrei Tsygankov, an international relations professor at San Francisco University, became “Vladimir Putin’s last stand.”

Why is it so? As the heirs of a former empire, Russian political leaders are able to recognize an empire when they see one. The masters of the Kremlin appear to suspect the EU of harboring imperial ambitions. They view the EU’s behavior in Eurasia as that of an “empire of a new type” – a normative or bureaucratic empire that resolves its strategic problems through extending its internal bureaucratic norms and regulations. Notably, Oxford’s political scientist Jan Zielonka has advanced, in his (admittedly controversial) book Europe as Empire, the notion of “neo-medieval empire.” Such an empire’s primary means of exercising power is via the extension of norms, while its “imperial-like” territorial acquisitions are made not by conquest, but by the imitation of European ways by those who aspire to become part of European “normality.”

One should still not lose sight of the sensitive interrelationship between politics and territory. The EU and NATO double enlargement involved more than mere technical assimilation of standards and procedures. Enlargement was grounded in larger strategic considerations – it was in fact an exercise in power politics, a move aimed to fill the unprecedented power vacuum in the wake of the Soviet Union’s collapse.

The EU also has a “sphere of identity,” but its modus operandi is diametrically opposite to that of Russia. Being a norms- and values-based entity, the EU cultivates an identity that essentially is not territory-bound. This incompatibility of principles will make an EU-Russia accommodation, in terms of delimitating their respective “spheres,” extremely difficult, if not altogether impossible. Whereas Russia’s sphere of identity is limited to the “Russian World” (however broadly understood), for the EU there is potentially no limit, as technically it can expand as far as where its norms and values are welcomed and adopted.

It was perhaps inevitable that Ukraine was the place where Russia’s and EU’s principles would clash. From the Soviet collapse in 1991 onward, the country has been the seedbed of a culture war, especially since the Orange Revolution of 2004. For years, the Kremlin managed to keep Kyiv within its orbit by manipulating identity. And when the Kremlin sensed that the “European values” underpinning the Euromaidan revolution seemed to have triumphed over the Moscow-sponsored ideal of “Slavic/Eurasian unity,” Russia resorted to an ‘old-school’ solution, and sent in its troops.