Uzbekistan issued a clarification to underline its neutral position over the war in Ukraine. 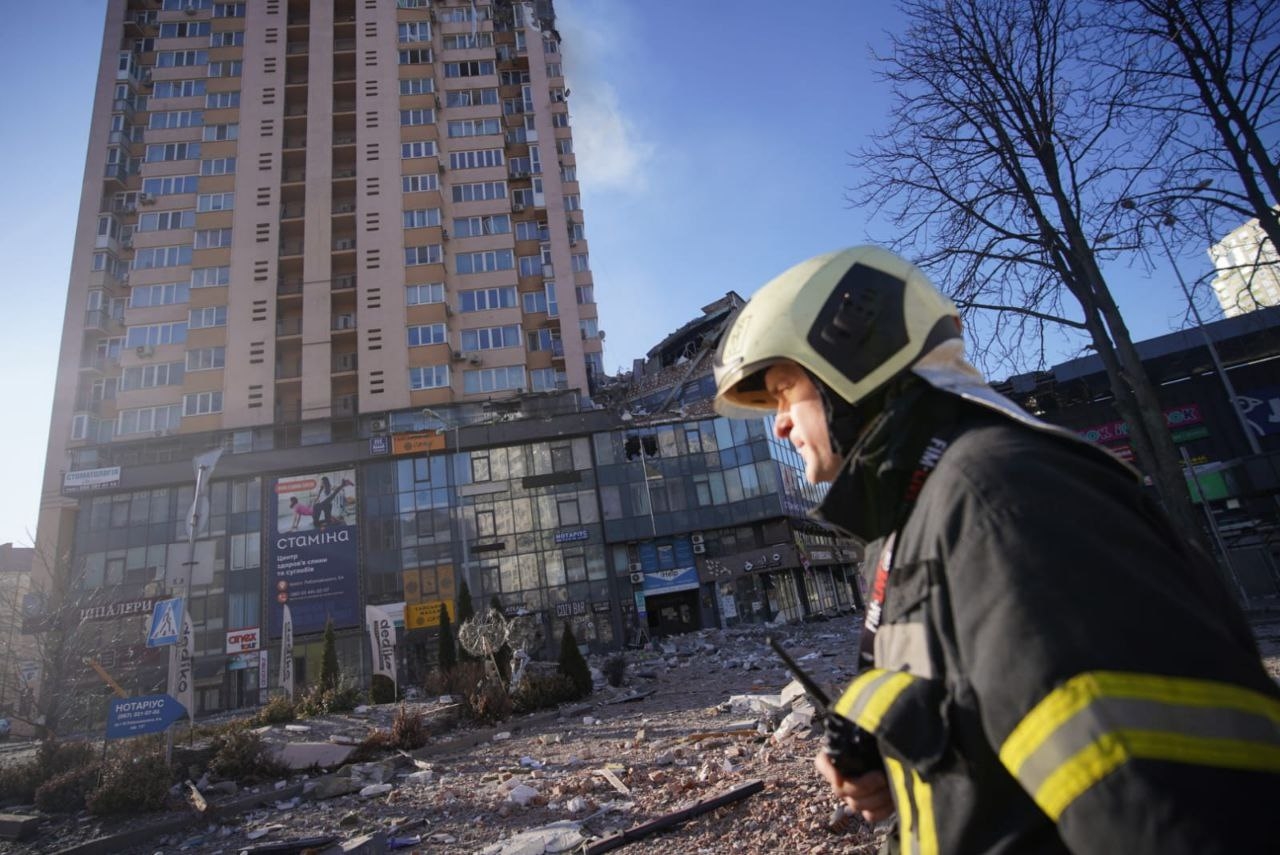 The scene after an apartment block in Ukraine's capital was struck by Russian shells. (Photo: Ukrainian State Emergency Service)

Russia’s search for vindication over its massed armed assault on Ukraine among traditionally trustworthy allies in Central Asia is yielding meager returns.

In what appeared to mark its only success to date on this front, the Kremlin press service on February 26 reported on a telephone conversation between President Vladimir Putin and the president of Kyrgyzstan, Sadyr Japarov.

“Sadyr Japarov noted Kyiv’s responsibility for its failure to abide by the Minsk agreements and expressed support for the decisive actions undertaken by the Russian side to protect civilians in Donbass,” the statement read. “Vladimir Putin thanked the president of Kyrgyzstan for his principled position of solidarity.”

The readout from the Kyrgyz presidential administration, however, made no note of those approving remarks, stating only that the leaders had discussed the “current situation around Ukraine.”

There appeared to be nothing in Japarov’s remarks, even as they were conveyed by the Kremlin, that suggested Bishkek supported a major military intervention by Moscow.

Earlier in the week, before Russian troops began their attack on Ukraine, Kyrgyz Foreign Minister Ruslan Kazakbayev told Eurasianet that he believed efforts needed to be taken to ramp down tensions “so that this situation does not escalate into a full-blown conflict.”

With Russian media eagerly circulating the claim that Kyrgyzstan was throwing its support behind Moscow’s military ventures, Japarov’s press secretary Erbol Sultanbayev was pressed into issuing a clarification.

“We welcome the settlement of the current situation, including through negotiations to prevent further casualties and destruction,” Sultanbayev told reporters.

A similar duel of conflicts has occurred over Putin’s communications with his counterpart in Uzbekistan, Shavkat Mirziyoyev.

The statement from Mirziyoyev’s office about his conversation with Putin on February 25 was limited to noting drily that there was “an exchange of views about international and regional affairs, including on the current situation around Ukraine.” The Kremlin cast this in a different light by stating that Mirziyoyev “expressed understanding regarding the actions taken by the Russian side.”

“I would like to emphasize that Uzbekistan takes a balanced, neutral position on this matter,” Sherzod Asadov said in a Facebook post in English. “All disputes and disagreements that arise must be addressed solely on the basis of the international law norms.”

The mischief-making has gone two ways, though.

On February 26, NBC News cited the U.S. National Security Council, which in turn did not produce evidence for its claims, as saying that Kazakhstan had denied a request from Russia for its troops to join in the military assault on Ukraine.

“We … welcome Kazakhstan’s refusal to send its forces to join Putin’s war in Ukraine," an NSC official is said to have told NBC News.

Diplomatic sources in Kazakhstan have stated, however, that no such request was made by Russia.

On February 22, Kazakh Foreign Minister Mukhtar Tleuberdi told journalists that “the issue of recognition for the Donetsk and Luhansk people’s republics by Kazakhstan is not on the agenda.” The recognition and subsequent need to defend those self-declared republics from a purported planned assault by Kyiv’s forces was what Russia has cited as the ostensible justification for waging war against Ukraine.

The leaders of Tajikistan and Turkmenistan, both of which enjoy strong economic and strategic relations with Russia, are not known to have been in contact with Putin since the invasion began this week. Both countries have avoided making any public pronouncements on the unfolding situation.