Some analysts believe this is payback for Nur-Sultan offering Europe help stabilizing the global energy market. 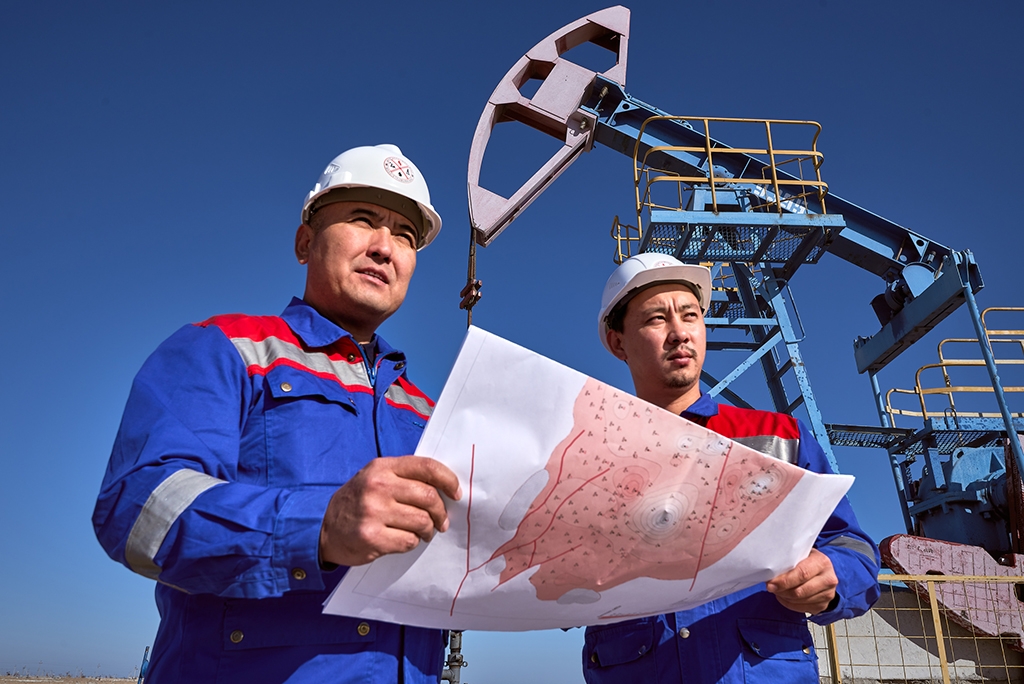 Which way do we go from here? (KazMunaiGaz)

A court in Russia has ordered a one-month suspension of operations at the pipeline used by Kazakhstan to export the bulk of its oil in a measure that analysts are interpreting as intimidation from Moscow.

In its July 5 ruling, the Primorsky district court in the southern Russian city of Novorossiysk found that the Caspian Pipeline Consortium had allegedly committed environmental violations.

This move arrived just one day after Kazakhstan’s President Kassym-Jomart Tokayev pledged to assist the European Union in stabilizing the global energy market.

Even a single month of lost export earnings is likely to constitute a serious blow for the Kazakh economy. One economist has estimated potential losses to exporters and the state at around $500 million.

Prime Minister Alikhan Smailov on July 6 held an impromptu Cabinet meeting to consider "measures to minimize the negative consequences” caused by export restrictions caused by the Russian court ruling. None of the instructions issued by Smailov have been made public.

It is the third time this year that Kazakhstan is losing partial or complete access to the CPC pipeline. More than two-thirds of the country’s oil exports are moved along this route.

Toward the end of March, CPC chief executive Nikolai Gorban announced that the loading of oil at the Novorossiysk terminal was to be restricted for several weeks after infrastructure was purportedly damaged by stormy weather. Energy industry analysts at the time expressed some skepticism about the claims of storm damage, however, noting that none of the consortium’s Western partners, which include the majors Chevron and Exxon, who own 15 percent and 7 percent stakes, respectively, had been able to independently carry out their own inspections of the facilities.

Last month, deliveries through the CPC were again interrupted following what Russian officials said was the discovery of World War II-era anti-ship ordnance in the vicinity of oil loading infrastructure.

Kazakhstan has in such cases been forced to consider how to curtail output since alternatives to the CPC route, which last year carried around 53-54 million tons of oil, are thin on the ground.

One option is to send oil via tankers westward across the Caspian Sea to Azerbaijan from Aktau. Around 2.1 million tons of oil were sent from that port in 2021, but officials have said this amount could readily be increased by 5 million tons. Port managers say capacity could be hiked further to 12.5 million tons a year after a refurbishment.

Kazakhstan has periodically negotiated with Iran on reviving the oil swap arrangement the two countries had in place until 2011. That would also entail loading oil onto tankers at Aktau and unloading them in Iran’s Caspian port of Neka. When the swaps were happening, Kazakhstan was exporting up to 3 million tons of oil annually to Iran.

There is theoretical spare capacity for taking oil eastward to China too, although margins and logistics make this option complicated and unattractive.

Some commentators suspect this latest hitch over CPC may be a punitive action adopted by Moscow in reaction to Kazakhstan’s efforts to help the West ease its reliance on Russian energy.

In a telephone conversation with EU Council President Charles Michel on July 4, Tokayev pledged to make Kazakhstan’s “hydrocarbon potential available in order to stabilize the situation on global and European [energy] markets.”

The need for that kind of help has become particularly acute since late May, when European Union nations agreed to “effectively cut around 90 percent of oil imports from Russia to the EU by the end of the year.”

In a commentary on his Telegram channel, Nikita Shatalov, an analyst at the government-affiliated Kazakhstan Institute for Strategic Studies, criticized Russia’s actions in this situation as “rude” and “childish.”

“The Kremlin has simply expressed all its wounded feelings in this closure of the pipeline,” Shatalov wrote.

Moscow’s pressure, the analyst wrote, is designed to force Nur-Sultan into providing Russia with relief from Western sanctions, but its only practical effect will be to further alienate Kazakhstan, which has remained a relatively dependable ally to its northern neighbor.

Artur Shakhnazaryan, an energy expert, said the shutdown of the CPC pipeline should be read less as an attack on Kazakhstan and more as a counterstrike against Western efforts to stem the supply of industrial inputs to Russia’s energy industry.

“Russia is going to try and squeeze the lemon all the way to the pips over CPC in its counter-sanctions war. The lemonade it would get in this case would be the supply of equipment for its oil and gas sector, which is of vital importance,” Shakhnazaryan told Orda news website.

Although Shakhnazaryan doesn’t think Russian offensives are directed at Kazakhstan, he acknowledged that “shrapnel can ricochet and cause damage.”

In yet more grim news for the domestic energy sector on July 6, authorities in western Kazakhstan reported that an explosion at the Tengiz oil and gas field, one of the largest in the country, claimed the lives of two workers and injured three others.