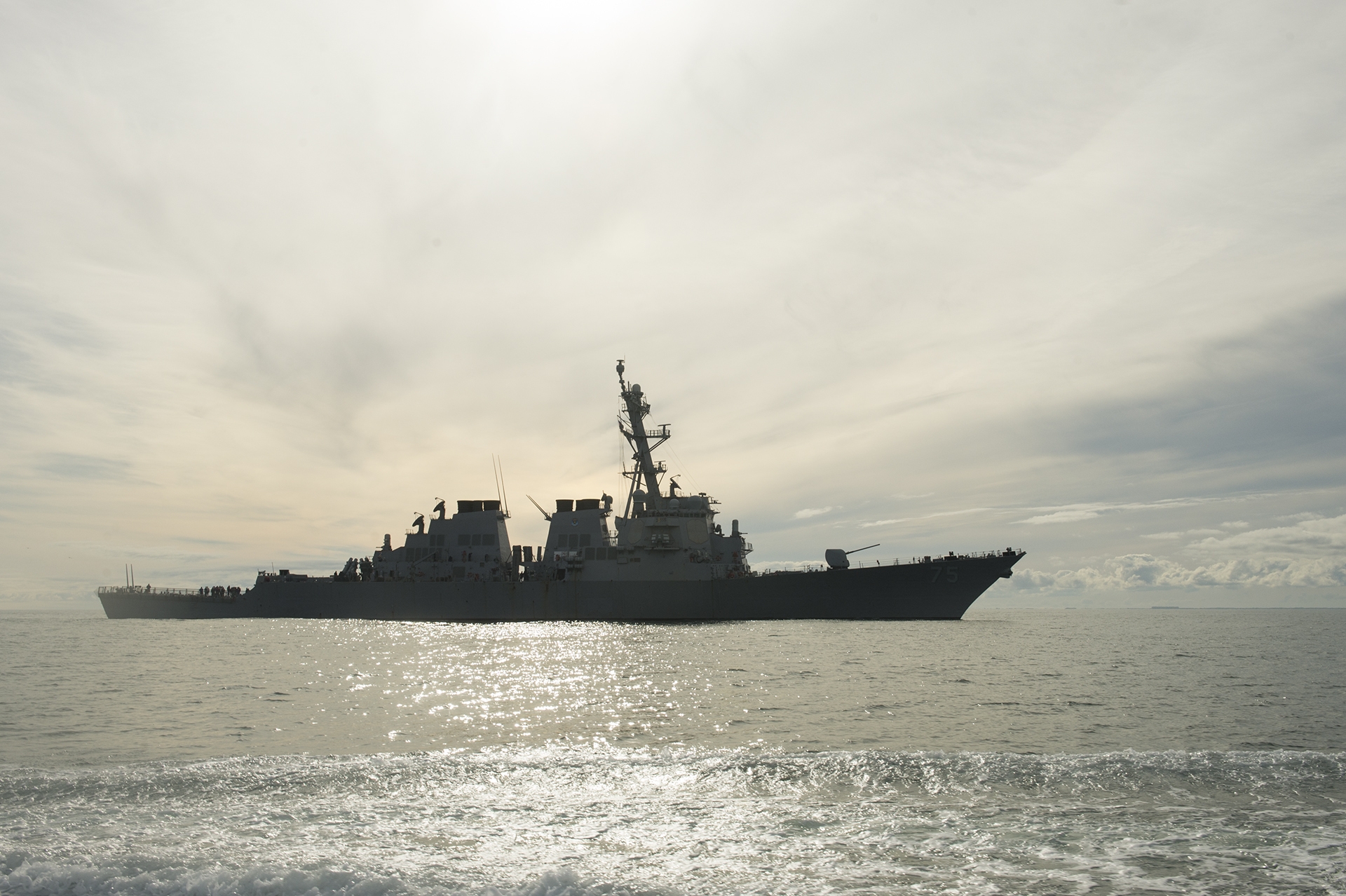 As the U.S. prepares to send another warship into the Black Sea, it is facing Russian accusations that the increased American military presence there is illegal.

The U.S. is planning on sending its fourth warship to the Black Sea since February. Pentagon officials confirmed that another warship would be heading soon to the Black Sea. "This is to reassure our allies of our commitment to the region. ... It is a direct result of the current situation in Ukraine," said U.S. Army Colonel Steve Warren, a Pentagon spokesman. (NBC News reported that the ship would be the guided missile destroyer USS Donald Cook and that it would be heading to the Black Sea in the next few days.) The new deployment comes on the heels of another ship's visit in March and two more in February.

That appears to be too much for the Kremlin. Russian Foreign Minister Sergey Lavrov said April 3 that the U.S. has violated the Montreux Convention, the 1938 treaty that regulates the number and kinds of ships that can enter the Black Sea.

"There exists the Montreux Convention, which gives extremely clear criteria limiting the deployment of warships not belonging to the Black Sea governments in regard to tonnage and length of stay," Lavrov said.

"We have noticed that US warships have extended their deployment beyond the set terms a couple of times lately, and at times they did not always comply with the regulations that are set within the Montreux Convention."

And he said he had complained to the U.S. and to Turkey, which regulates the passage of ships through the Bosphorus.

“We pointed this out both to the U.S. and of course to Turkey, which is in control of the [Bosphorus] Strait [and the Dardanelles]. Our position is that all the paragraphs of the convention ought to be strictly adhered to. We will monitor it,” Lavrov said.

Turkey's foreign ministry responded quickly to rebut Lavrov's accusations: "Turkey has been carefully enforcing the [terms of the] Montreux Convention for 78 years. The allegations in the press, attributed to the Russian Federation's foreign minister, do not in any way represent the truth."

Lavrov's accusations appear to refer to the USS Taylor, one of the ships that visited the Black Sea during the Sochi winter Olympic games, said Can Devrim Yaylali, author of the blog Bosphorus Naval News. That ship ran aground in the Black Sea and had to be repaired in Samsun, Turkey (and its commanding officer was relieved of duty as a result). The accident forced the ship to remain in the Black Sea for 33 days, and under the Montreux Convention warships of non-Black Sea nations (like the U.S.) are limited to 21 days. "Technically she overstayed her time in the Black Sea; on the other hand she was not fit to conduct any operations. And this was known to everyone," Yaylali said in an email interview with The Bug Pit.

An analysis in the Turkish newspaper Hurriyet Daily News noted that the security situation around the Black Sea is changing, and that there may be new pressures to alter the Montreux Convention: "Some NATO countries have noted that Russia’s seizure of the Ukrainian fleet ended Turkey’s status of having the largest fleet in the Black Sea and that there is a need for new balance in the region. That’s why they have asked Turkey to ease the implementation of some of provisions of the Montreux Convention."

Turkey is likely not interested in changing anything about the Montreux Convention, Yaylali said, though some countries -- notably the U.S. -- have long wanted its regulations to be loosened. "During the Cold War the Turkish Navy was inferior to the Soviet Black Sea Fleet. Nobody asked for the ease of the Montreux then. Why does the size of the Russian fleet matter now?" he asks. Even if the USS Taylor situation were a fluke, it wouldn't be surprising if there were renewed pressure on loosening Turkey's grip over the Black Sea.