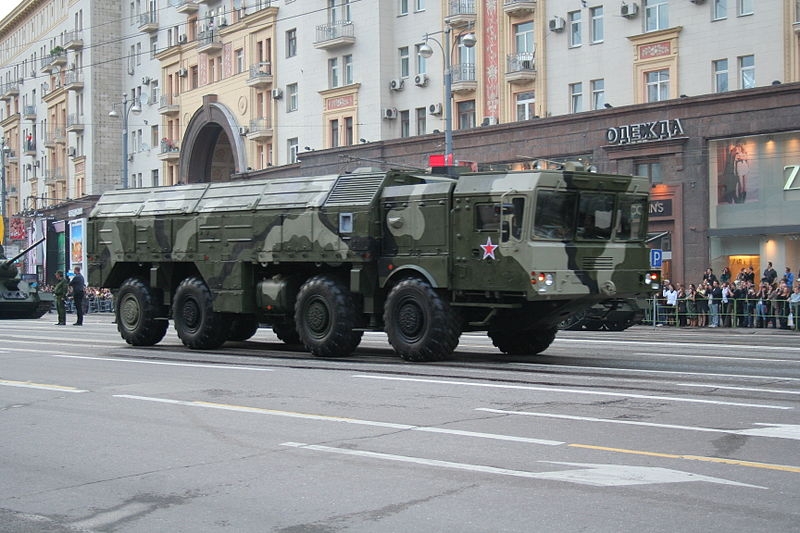 Russia has deployed an advanced new missile system to its base in Armenia,amid deteriorating relations with Armenia's rival, Azerbaijan. A source in Armenia's Defense Ministry confirmed to RFE/RL's Armenian service the deployment of "several" Iskander-M systems.

The Iskander-M is a relatively new Russian mobile (truck-mounted) theater ballistic missile system, comparable to the infamous Scud but with a longer range (400 km) and more accurate.

The Iskanders will be stationed at Russia's base in Gyumri, so it's not clear whether or not they would be a factor in any war between Armenia and Azerbaijan over the territory they both claim but which Armenian forces control, Nagorno Karabakh. It's impossible not to see the deployment in the light of the recent chill in Azerbaijan-Russia relations, including the apparent cancellation of fighter aircraft deliveries. Emil Sanamyan, a keen observer of Armenia-Azerbaijan defense issues and Washington editor of the Armenian Reporter, tells The Bug Pit that "I see it as an effort to build up deterrence against the war in Nagorno Karabakh and also to increase the Russian footprint in the Caucasus, particularly in light of the closure of the Gabala radar." [Gabala, recall, was the Russian radar that Azerbaijan hosted until the two sides failed to agree on an extension of the terms.]

It's also the case that Russia is upgrading its equipment across the board, so this may just be part of a regular update with no geopolitical implications. But you can bet that in Baku they are looking closely at this.