Trade between members of the EAEU was higher before the free-trade bloc was formed. 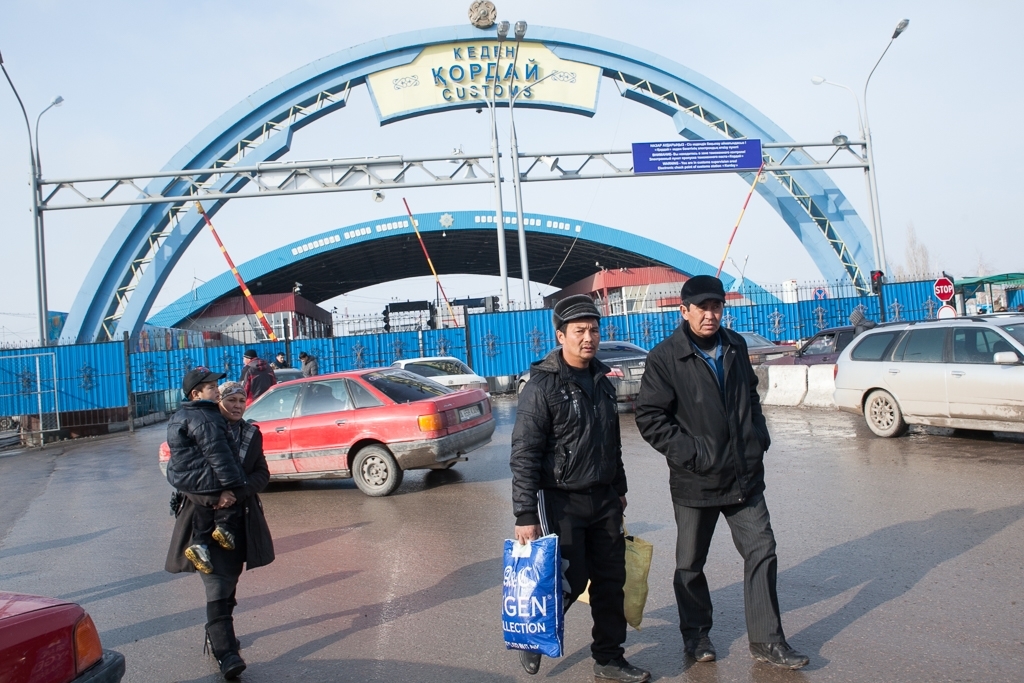 The border between Kazakhstan and Kyrgyzstan (David Trilling)

A customs union is intended to boost trade. Members do not set import tariffs on each other’s goods, and goods coming from outside the bloc are taxed at the same rates. These rules protect members from outside competition and encourage trade within the group.

But what happens when one member is vastly larger than all the others combined?

That’s the case in the Eurasian Economic Union (EAEU), which was formed in 2015. Though there was never any doubt the bloc would primarily advantage Russia, with the benefit of a few years’ worth of IMF trade data we can now determine how much the EAEU has shifted trade patterns among the five members, which include Armenia, Belarus, Kazakhstan and Kyrgyzstan. As it turns out, one small, isolated country has made out better than some expected.

In 2018 trade with Russia accounted for 96.9 percent of all trade within the Eurasian Union; trade among the four smaller countries accounted for the remaining 3.1 percent.

That, from the other members’ perspective, is progress. In 2000, total trade turnover between the five countries that would one day form the EAEU was worth $14.1 billion. Of this, turnover between Russia and the four other members stood at $13.9 billion – meaning Russia accounted for 98.6 percent of trade within the future bloc.

The total value of trade within these countries rose steadily over the next decade or so, reaching a peak of $73.1 billion in 2012. Then the 2014-16 regional slowdown (driven by the slump in global energy prices and Western sanctions on Russia after it annexed Crimea) led to a sharp decline in trade within the EAEU. In a way, the formation of the EAEU could be seen as Russia’s response to the economic slowdown and a way to guarantee a captive market for its exports.

Yet even with the creation of the EAEU in 2015, total trade turnover between member economies has not recovered to its 2012 peak.

What about members’ share of trade within the EAEU?

Armenia is the only member to see the share of its trade with EAEU nations rise over the past two decades or so. In 2000, trade with the countries that would become the EAEU accounted for 15.6 percent of Armenia’s total foreign trade turnover; this rose to about 27 percent by 2018. Again, trade with Russia dominates: Of Armenia’s $2 billion trade with the EAEU in 2018, trade with Russia accounted for about $1.92 billion. By contrast, Armenia’s trade with Kyrgyzstan is negligible: on average, over the past decade turnover between the two countries has remained below a million dollars. One problem is their similarities: both countries largely export metal ores and labor. Another complicating factor is Armenia’s closed border with two of its neighbors, Turkey and Azerbaijan, which has stifled its economy for decades.

Belarus, on the other hand, is deeply plugged into the EAEU. Some 51 percent of Belarus’s total foreign trade is with other EAEU members (overwhelmingly Russia) – although this is actually lower than it was (60 percent) at the start of the millennium.

In fact, with the exception of Armenia, every other EAEU member is seeing the portion of its foreign trade with the bloc fall – meaning they are diversifying.

Around 35 percent of Kyrgyzstan’s trade is with EAEU members. Again, this is a fall since 2007, when it reached a peak of 57 percent.

Russia’s share, at 8 percent in 2018, is actually the lowest among EAEU members, and has fallen slightly, from around 10 percent in 2000. In other words, despite dominating trade within the EAEU, Russia is least dependent on the bloc for foreign trade.

With the way Russia dominates, the EAEU is not a traditional customs union. Flows of capital and labor from/to the smaller EAEU economies are mostly concentrated around Russia. It is only natural that the smaller countries would seek to target this much larger Russian market rather than expand trade with each other. And when it comes to the free movement of labor, for two countries, that is the big benefit of membership: migrants from Armenia and Kyrgyzstan send home billions of dollars from Russia each year. But from the perspective of trade, the EAEU is largely a channel for Russia’s bilateral relations with the other four parties.