Russia: Hunting for Migrants in Moscow 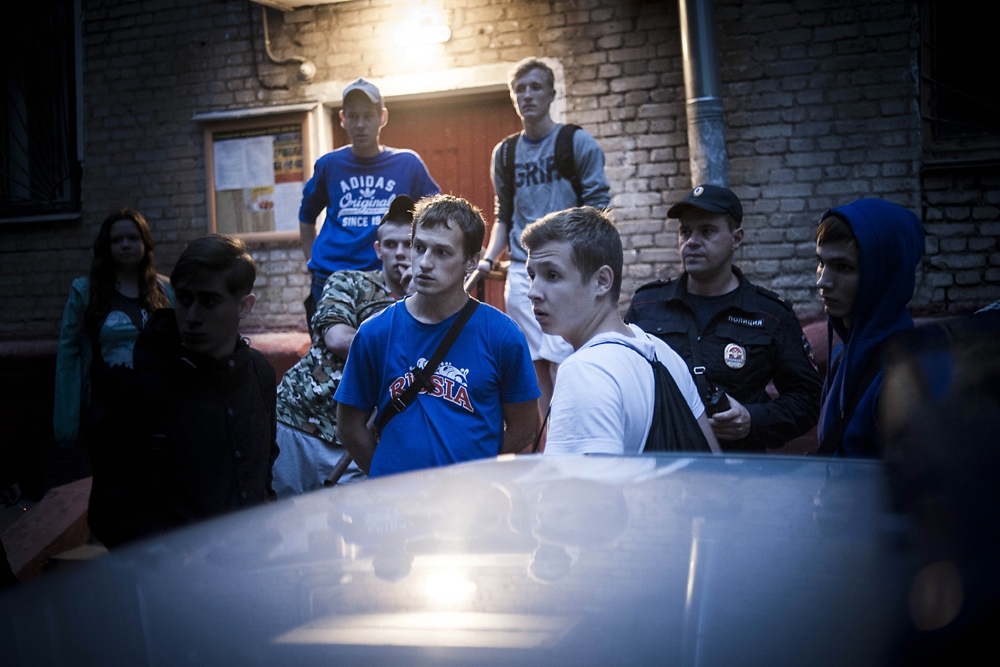 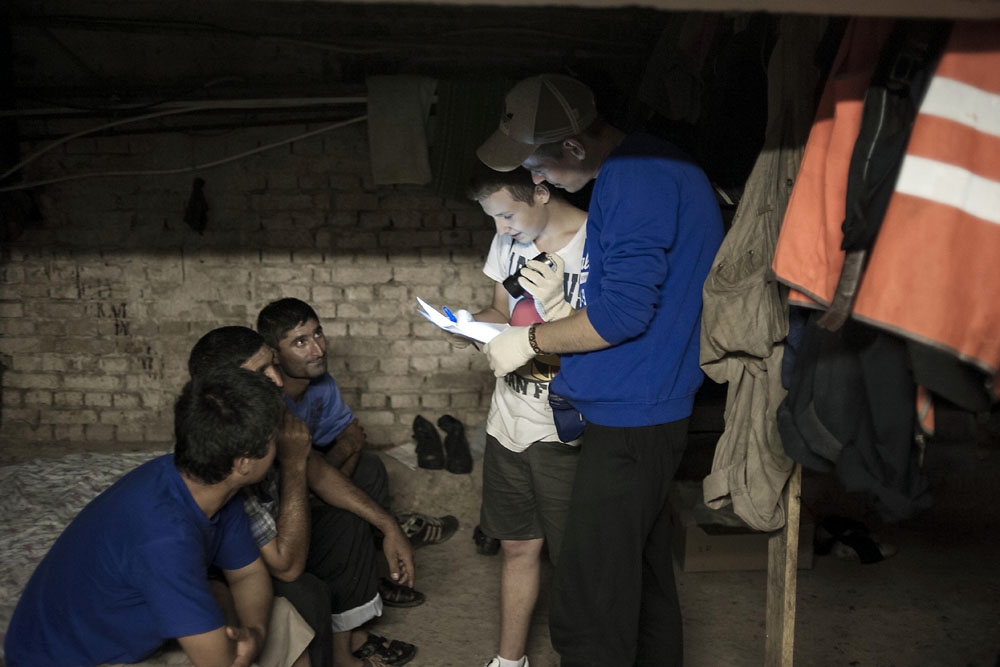 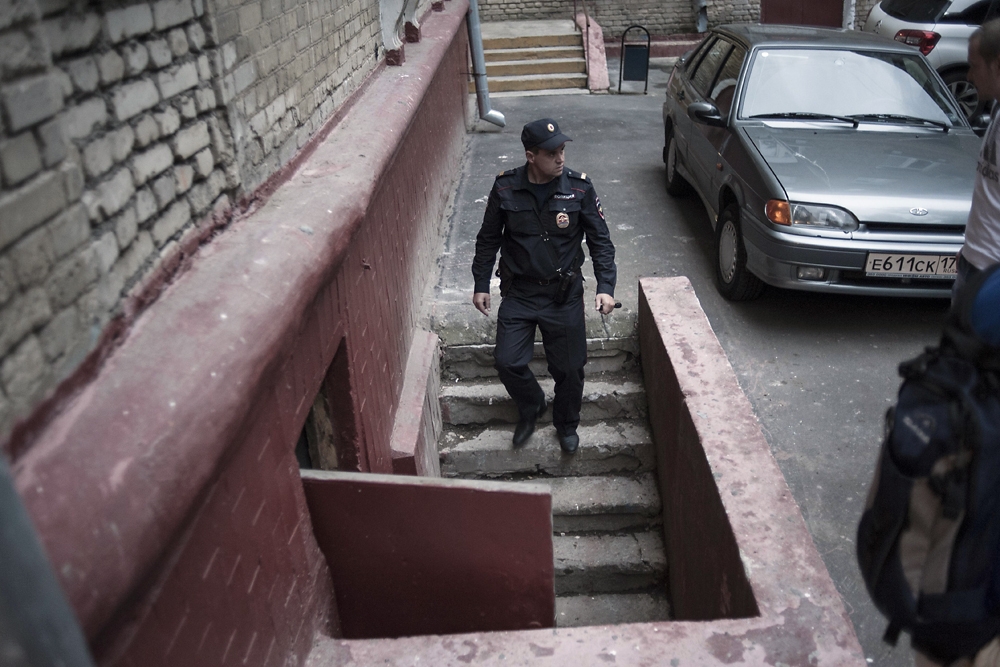 A policeman enters a basement where several unregistered migrants from Uzbekistan were living. 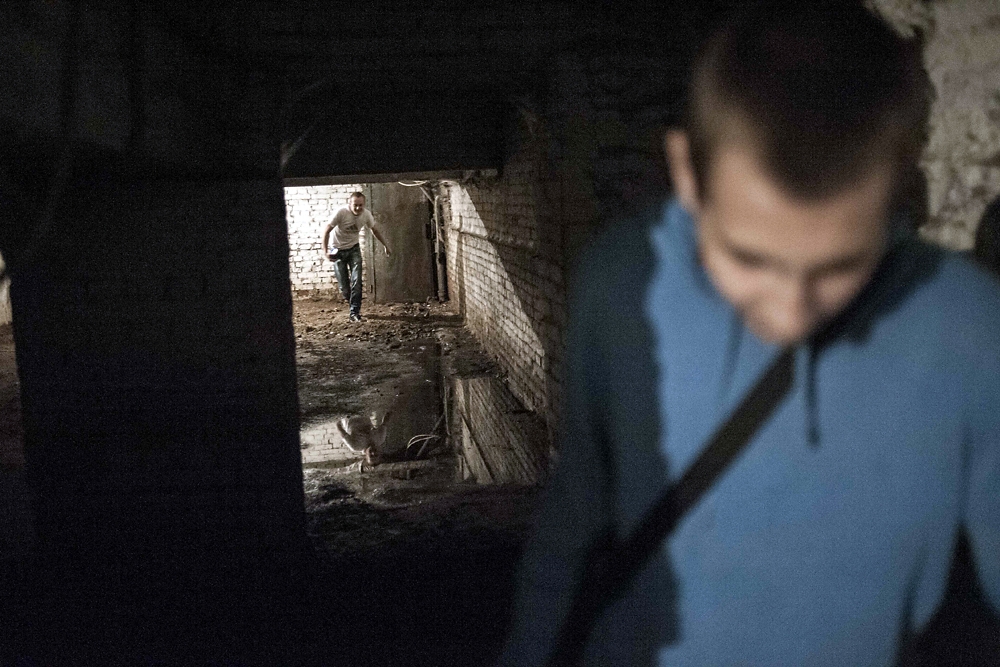 Group members gathered in the early morning hours before breaking into a basement to look for unregistered migrants. 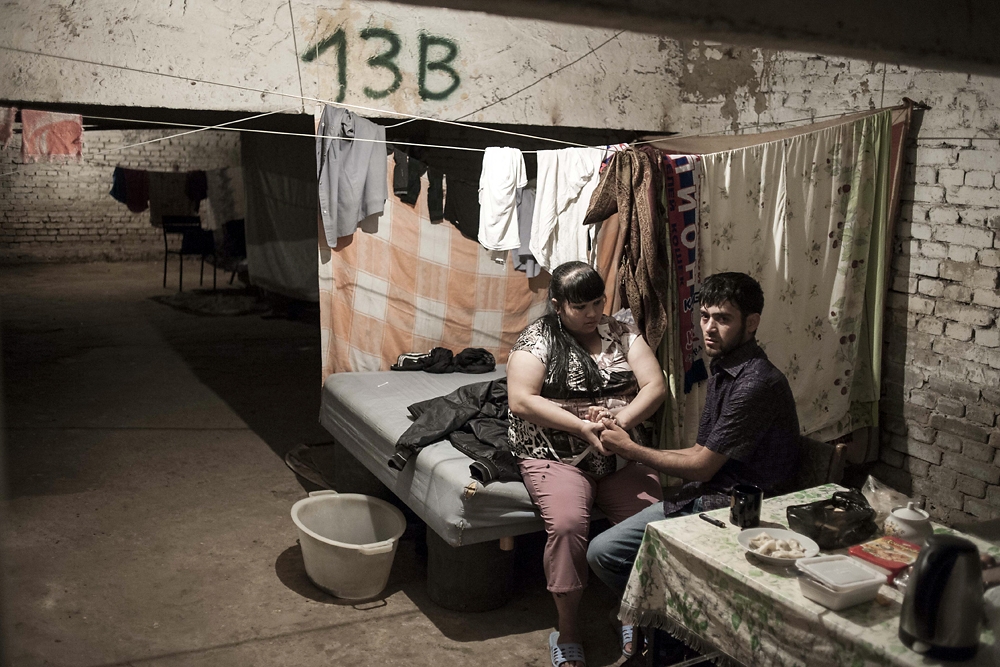 A female migrant helps a friend who fell ill during the raid on the basement dwellling. 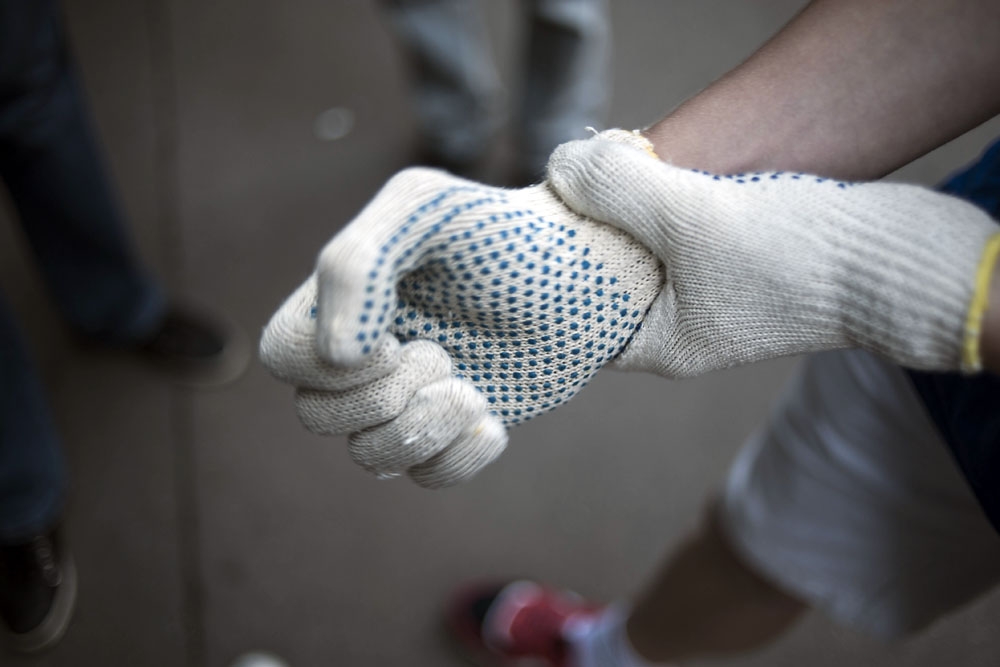 A Moscow Shield member pulls on gloves before entering a basement suspected of harboring unregistered migrants. A member of Moscow Shield holds a suspected unregistered migrant during a raid. 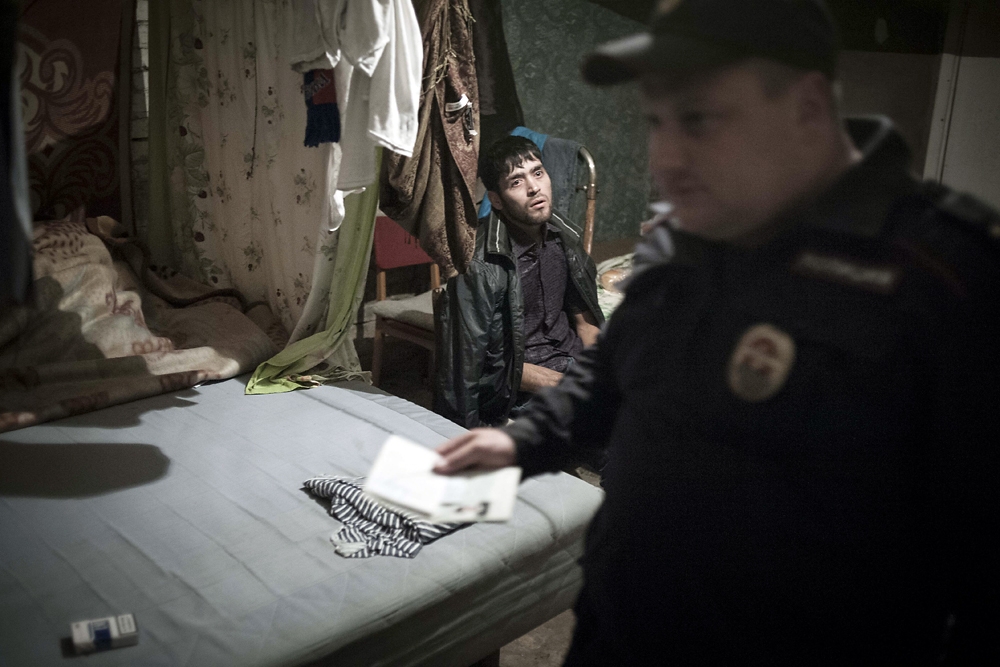 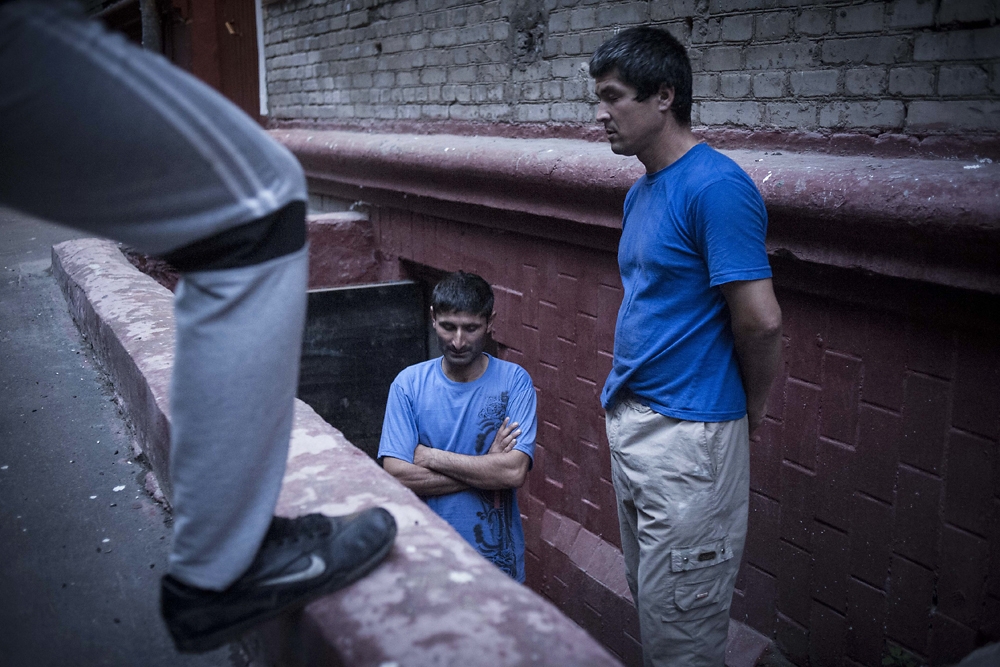 Unregistered migrants wait outside the entrance to the basement before police arrive to take them to the station. 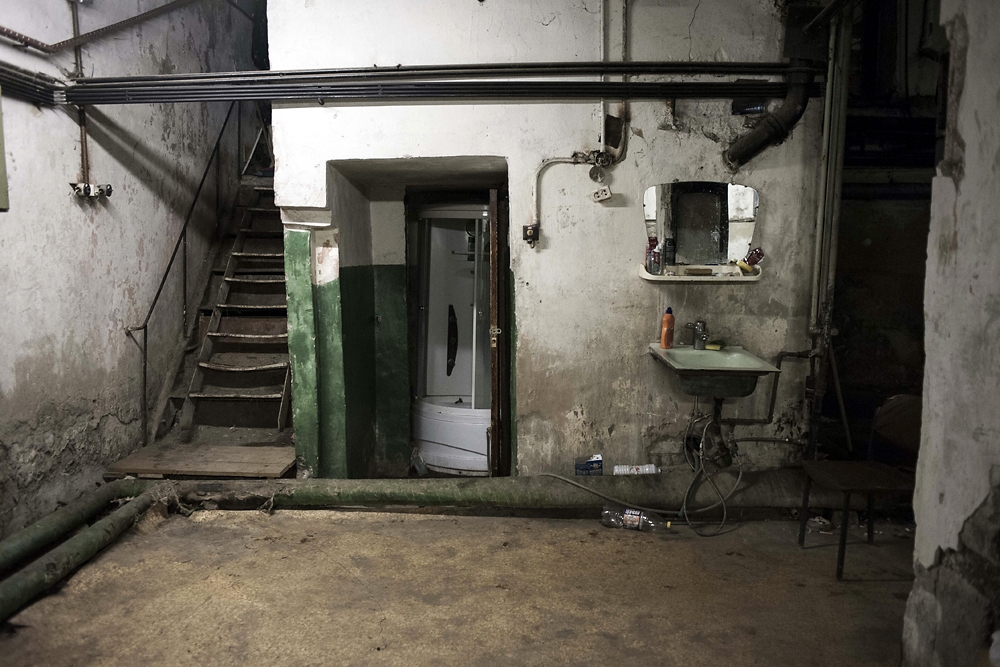 A shower and sink serve the migrants living illegally in an apartment building basement. 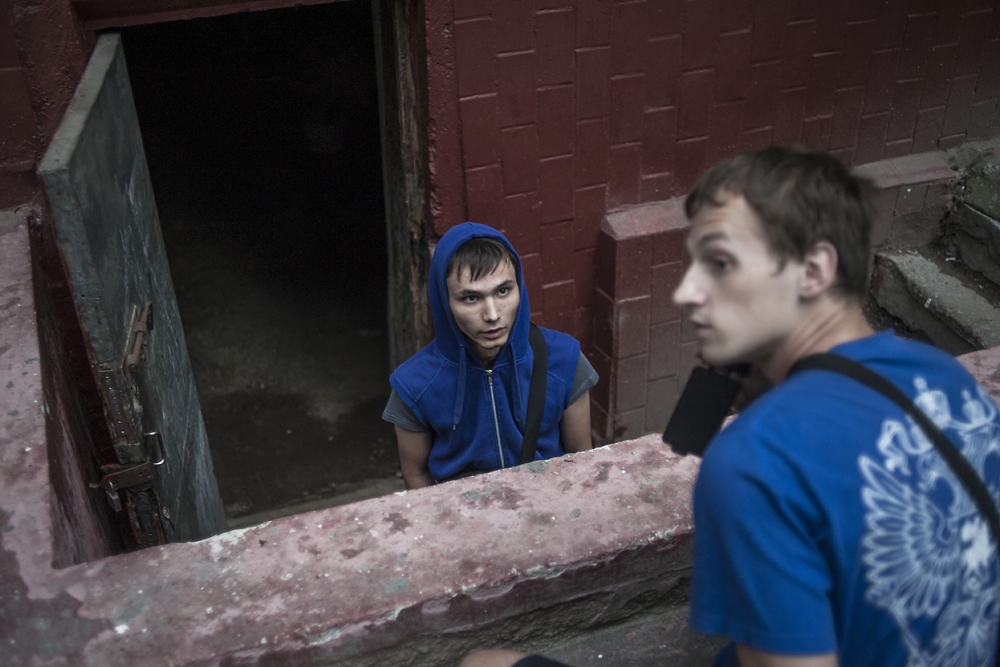 Most of the members of Moscow Shield are teen-agers or in their mid 20s. Moscow Shield breaks into the office block of a utility company to find several unregistered migrants living inside. 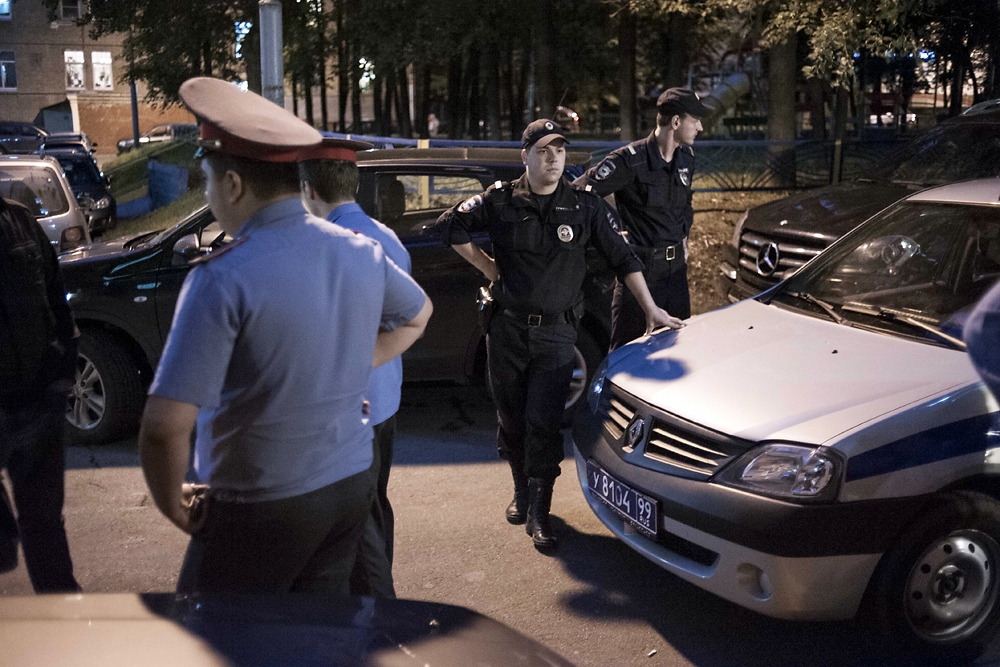 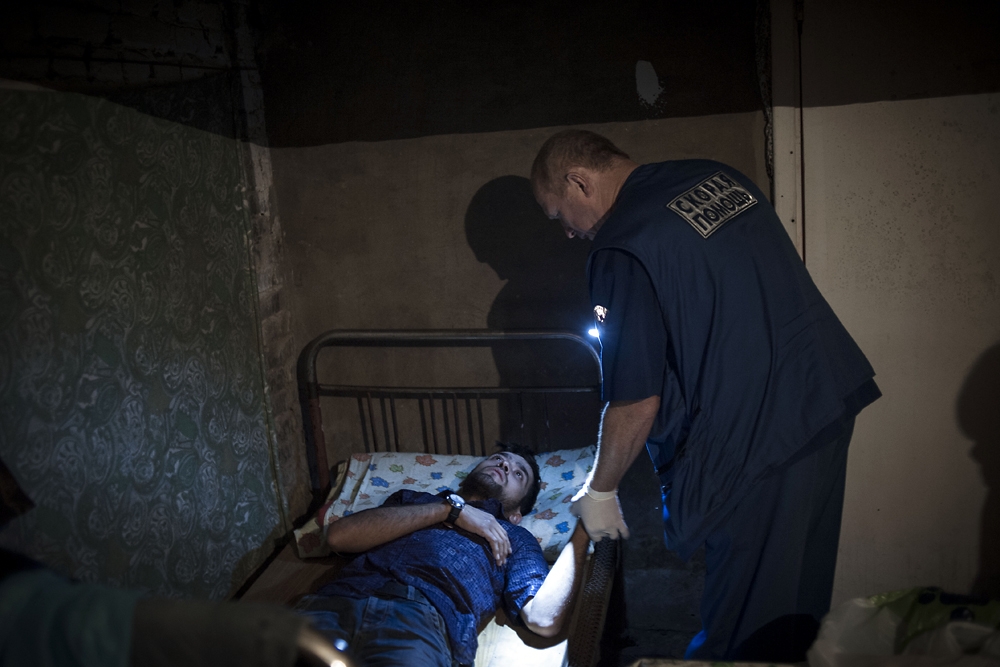 A medical technician checks the health of an unregistered migrant from Uzbekistan. 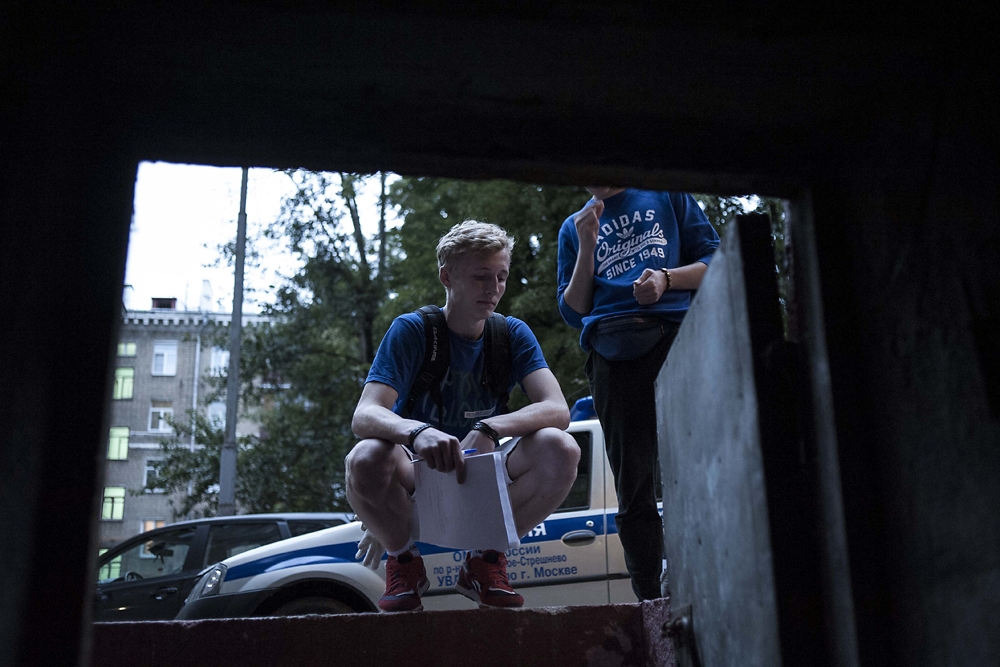 Members of Moscow Shield wait for police to remove migrants from a basement. Moscow Shield members search the offices of a utility company for migrant tenants. 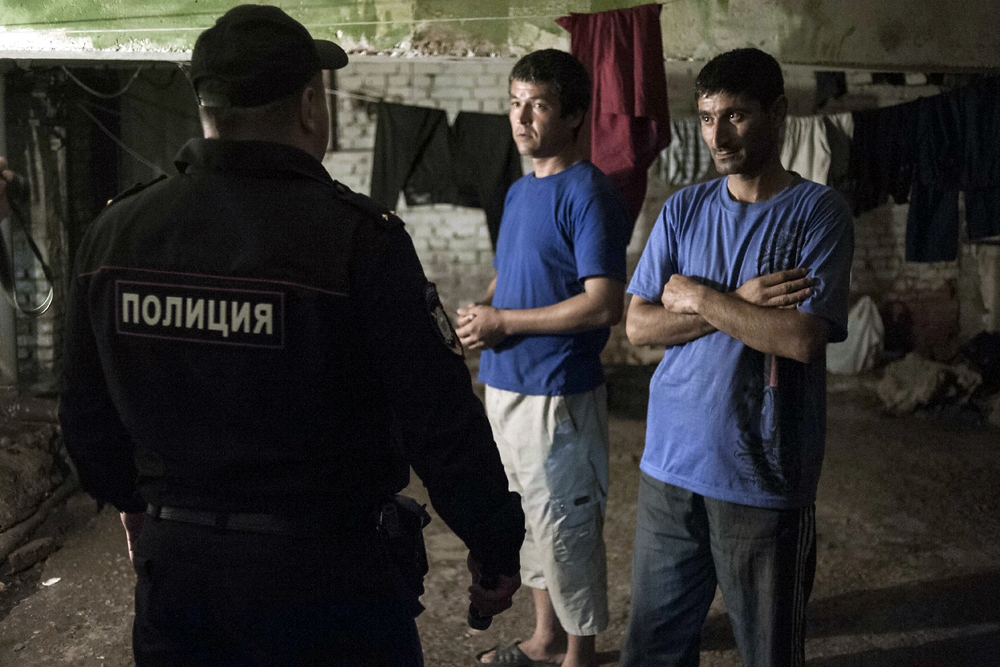 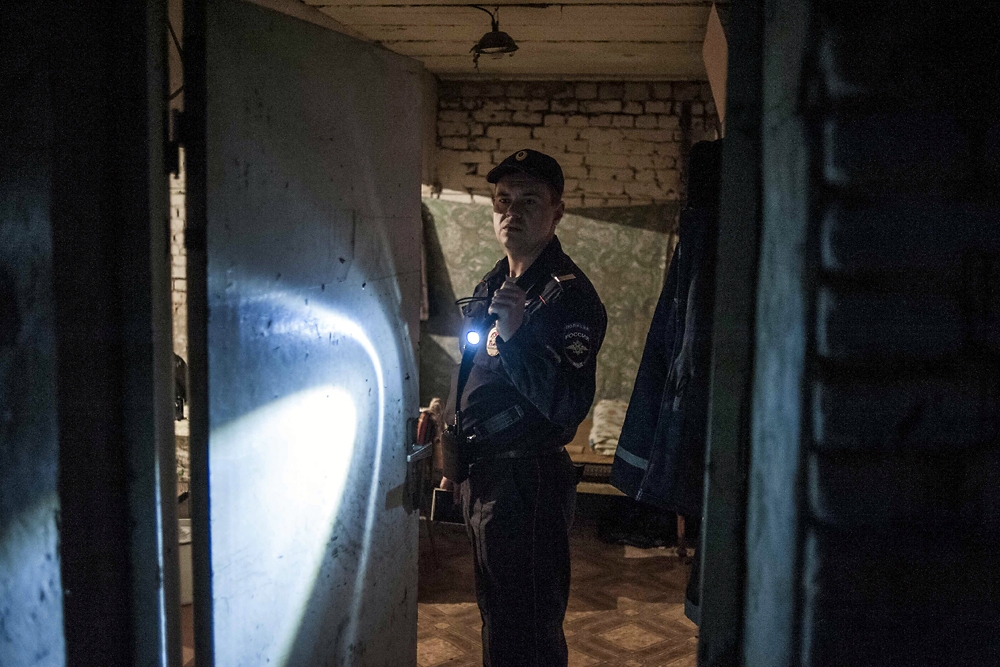 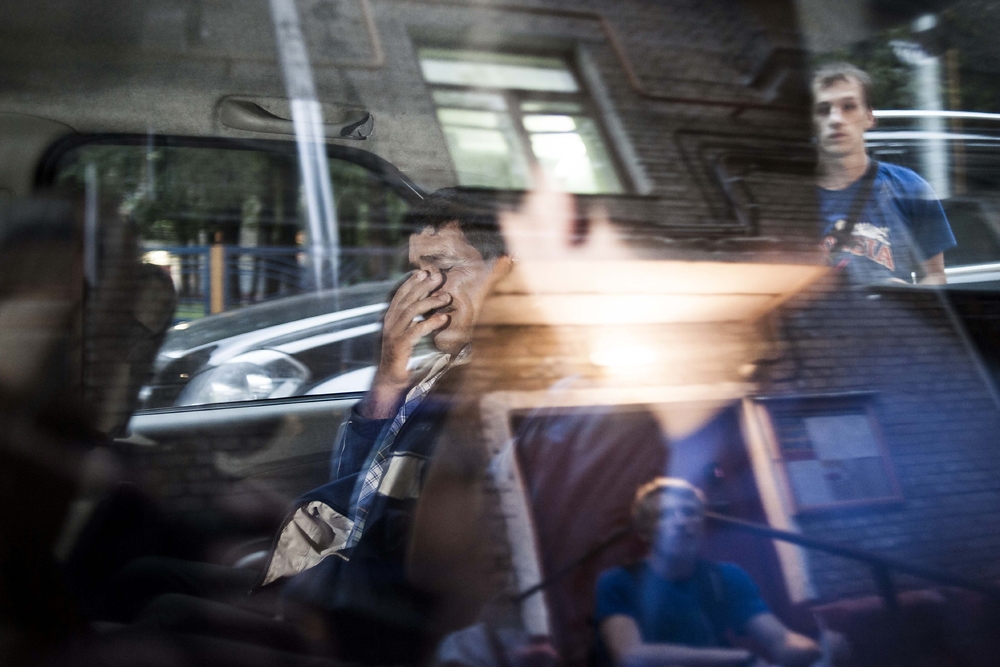 Several migrants are placed into police cars to be processed a the station.
prev
next

Outside the Altufyevo metro station in northern Moscow a group of about 25 young people, mostly between the ages of 18 and 25, gather. They call themselves “Moscow Shield” and they’ve deputized themselves to help fight against illegal migration.

As he checks his air pistol, one of the more experienced members briefs newcomers. “Ladies and gentlemen, I suppose everybody knows the rules? We don’t touch anything. We don’t steal anything. In case they are aggressive, we step back, and only if there is no way out do we use force. Don’t break anything. Don’t open any doors. Try to be polite. Everybody understand?” says Nikolay, who refuses to provide his last name.

Twenty-five-year-old Alexey Khudyakov, who founded Moscow Shield, is pleased to see new faces. “Half the people here today are novices; that is a very good trend. They prefer coming here to wasting time watching TV and drinking beer. They come here and help us clean the city,” he says.

The group sets off toward a utility company office building. They’ve received a tip that a group of migrant laborers from Uzbekistan is squatting illegally in the basement there. “We come, look around, and if we find them we call the police. Our goal is just to prevent their escape,” explains Khudyakov. “We’ve made a map showing spots where the illegals live.”

According to numbers published by the Federal Migration Service earlier this year, of 5 million migrant workers in Russia, 3 million are unregistered. Experts suspect the numbers are much higher and include a disproportionate number of Central Asians. With rampant unemployment, the economies of Kyrgyzstan, Tajikistan and Uzbekistan are heavily dependent on labor migration. In Tajikistan, remittances account for the equivalent of 47 percent of the GDP.

Migration featured prominently in the recent campaign for Moscow’s mayor. "Moscow is a Russian city and it should remain that way. It is not Chinese, Tajik or Uzbek," the incumbent and winner, Sergei Sobyanin, told the Moskovskiye Novosti newspaper in May. “People who speak Russian badly and who have a different culture are better off living in their own country.”

Such attitudes seem to inspire young men like Mikhail Titov, a student who is participating in his second raid with Moscow Shield. “I’m fed up with migrants using our country. They don’t pay taxes. If we don’t stop them, … they will come here, marry Russian girls, and move here, and there will be no Russian nation left,” he told EurasiaNet.org.