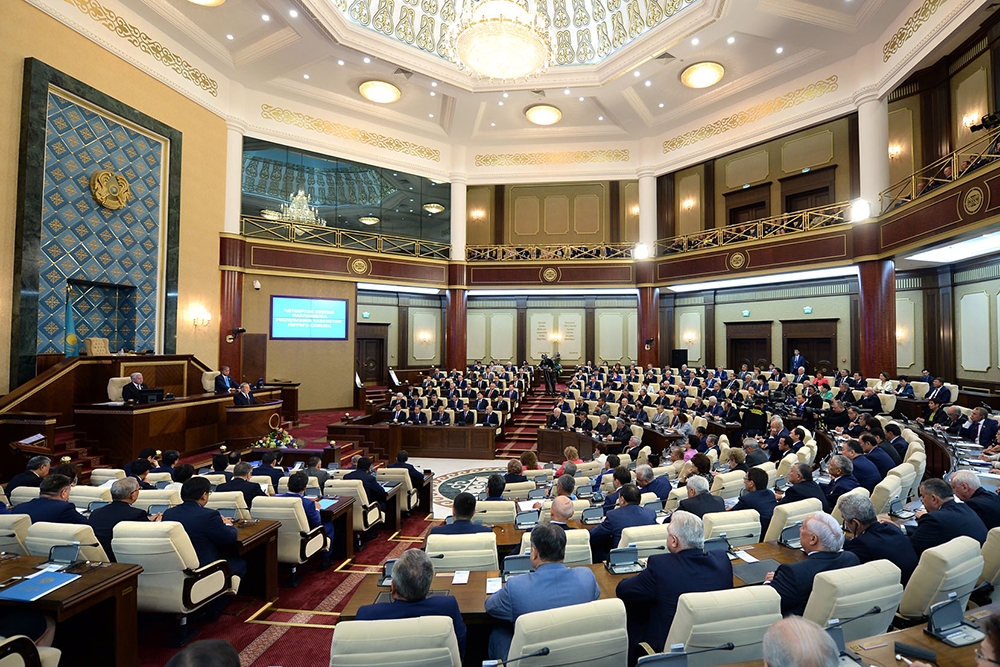 Officials in Kazakhstan and Russia contend a European court ruling sets a precedent that allows them to exercise even greater control over the Internet. Both are already notorious for press censorship and blocking critical websites.

The European Court of Justice (ECJ) ruled in May 2014 that search engines, including Google, must consider removing from search results information that a party mentioned in those results finds “inadequate, irrelevant or no longer relevant, or excessive.”

Soon after the landmark ruling, Internet activists across Europe cautioned it could be manipulated and turned into a potential threat to online freedom of expression. It has already prompted Google to remove as many as 334,000 search results, according to company figures. It also set a precedent for privacy advocates around the globe.

Russian citizens should also have the right to request that links to their personal information be removed from search results, Interfax quoted Vladimir Putin aide Igor Shchegolev as saying on April 20.

Shchegolev’s remarks were echoed in Kazakhstan two days later, when MP Tursunbek Omurzakov raised the issue during a parliamentary discussion over proposed amendments to Kazakhstan’s information law on April 22. Regulatory authorities are now “considering the issue,” officials confirmed to the local press after Omurzakov’s comments.

“With the development of an information-based society, personal data protection and individuals’ information security is becoming a very urgent issue,” Omurzakov told EurasiaNet.org. “Everyone should have the right to protect their personal [and] private data and to remove false, unsubstantiated information [from the Internet].”

The hidden agenda behind such statements appears to be a desire on the part of authoritarian-minded governments to limit the ability of watchdog groups to hold officials accountable for their actions. The ECJ ruling could be potentially cited in efforts to scrub information that reflects poorly on governments and/or their leaders. Local Internet-freedom activists say the way autocratic governments in both Kazakhstan and Russia restrict access to critical websites with filters and spyware shows they are not interested in justice, just control. Freedom House, in its latest “Freedom on the Net” report, labels the Internet only “partly free” in both countries.

“The right to be forgotten is just a natural follow-up to the censorship of online content that local authorities have already put in place,” Adil Nurmakov, a new media expert at Almaty’s KIMEP University, told EurasiaNet.org.

Arguing that Kazakh authorities now realize that anyone can get around their filters, Nurmakov says “the next step is to put pressure on Internet companies like Google. These companies would normally oppose resistance to any sort of pressure from a relatively small country and market like Kazakhstan. However, the ECJ ruling has now provided [the Kazakh government] with the legal grounds they needed to force them [Google] to comply."

The Kremlin has also been busy strengthening government control over the Web. A 2012 law tasked the state entity responsible for oversight of information technology and mass media, Roskomnadzor, with writing and administering a blacklist of censored websites and content. Then, a 2014 law allowed the prosecutor general to request that Roskomnadzor block access to “extremist” online content without a court order. Websites known for criticizing the Kremlin and Russia’s war in Ukraine – such as Kasparov.ru, a website run by chess master and political activist Garry Kasparov – were blacklisted straight away.

Also in 2014, the Kremlin oversaw passage of another law requiring foreign Internet giants such as Google, Facebook and Twitter to store local users’ personal data on servers located within the country (where, activists fear, security officials could access it). They have until September 2016 to comply, or risk being blocked.

Kazakh authorities tried to do the same with Google in June 2011, but the Internet titan refused to comply and temporarily shut down its local service, Google.kz, only to re-launch it a few days later when the government backtracked.

“The current [Russian] legal framework allows the removal of offensive and false information,” Stanislav Kozlovskiy, head of the Russian chapter of Wikimedia, the foundation that develops online encyclopedia Wikipedia worldwide, told EurasiaNet.org. “The right to be forgotten would expand [authorities’] reach and allow the deletion of truthful and inoffensive info as well.”

The debate over the right to be forgotten is heating up across Asia. Hong Kong Privacy Commissioner Allan Chiang Yam-wang, for example, has stirred controversy by repeatedly advocating for more control over Internet search engines. Public debates have been reported in Japan and South Korea, too.

Free media activists in Russia and Kazakhstan say the officials’ arguments go far beyond the letter of the ECJ’s ruling, which set clear limits on how the right to be forgotten can be applied. Public figures and politicians, for example, are not allowed to invoke it. It does not apply to information that is “of public interest,” either. And it grants Google the freedom to assess each search-removal request independent of any political or judiciary pressure: users fill in an online form provided by Google and wait until the company makes its own judgment. So far, Google has approved 41 percent of the 809,000-odd requests it has assessed since May 2014; rulings on thousands of other requests are pending.

In Kazakhstan, Omurzakov, the MP, says state officials should be trusted to make such decisions. “There is a fine line between personal and public interests,” Omurzakov said, adding that officials would implement the law in a way that is not “yet another tool of censorship and pressure on the media.”

Nurmakov at KIMEP argues, however, that since Kazakhstan does not hold competitive elections, its officials cannot be trusted to defend the public interest. A Kazakh version of the right-to-be-forgotten statute is highly vulnerable to the agendas of political elites, he said.

Jacopo Dettoni is a freelance writer based in Almaty. Kanat Shaku contributed research.