IRPT members have been the object of mass arrests and sham trials since 2015. 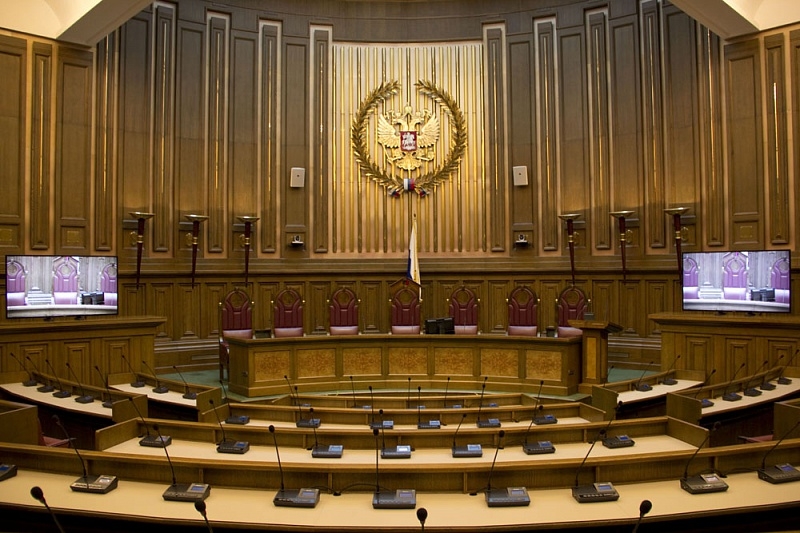 Russia’s Supreme Court has ruled to designate a banned opposition party from Tajikistan as a terrorist organization, thereby handing the authoritarian government in Dushanbe even more powers to hunt down its critics abroad.

Media in Russia reported on September 14 that the ruling was passed behind closed doors and that the request for the designation had been filed by the Russian General Prosecutor’s Office.

This development marks a triumph, albeit a largely symbolic one, for the regime of President Emomali Rahmon, which has been engaged in the arbitrary mass arrest of members of the Islamic Renaissance Party of Tajikistan, or IRPT, since 2015.

The IRPT was the only genuine opposition party to have any foothold in parliament until 2015. A violation-ridden election in March of that year, however, saw it lose its only two seats. Matters worsened in September, when the government accused it, without ever bothering to produce any credible public evidence, of plotting to seize power in a violent uprising.

Arrests duly followed. Around June 2016, the Tajik Supreme Court sentenced almost the entire leadership of the party, which had by then been banned and labelled an extremist organization, to lengthy prison terms.

David Kaye, a UN special rapporteur on the right to freedom of opinion and expression, was highly critical following a visit to Tajikistan in March 2016 of the secretive nature of the IRPT trial.

“The government accuses the IRPT and its members of serious crimes, but it has refused to give public access to the trial and evidence,” Kaye said.

That the Russian authorities have now aligned their position on the IRPT with that of the Tajik government will ostensibly simplify efforts of Dushanbe authorities in crushing exiled dissident movements by easing extradition procedures.

In reality, though, Tajik security services have been allowed by Moscow to act freely in kidnapping Tajik nationals and spiriting them to their home country without any semblance of legal procedure. The targets for this policy have in recent history mainly been Pamiri supporters of the cause of autonomy in Tajikistan’s Gorno-Badakhshan Autonomous Region.

That the Russian Supreme Court ruling has come now is likely motivated by the Kremlin’s desire to bolster the reliability of an often-fickle partner at a time when even normally steadfast allies like Kazakhstan are straining to put some diplomatic distance between themselves and their querulous neighbor.

In practical terms, the dismal lot of Tajikistan’s dissident community abroad will not be changed. Any of them left in Russia can and should expect to be rendered abroad without ceremony and then to be sentenced to long terms in prison.