Russia’s labor market is experiencing its worst shortages since 1993. 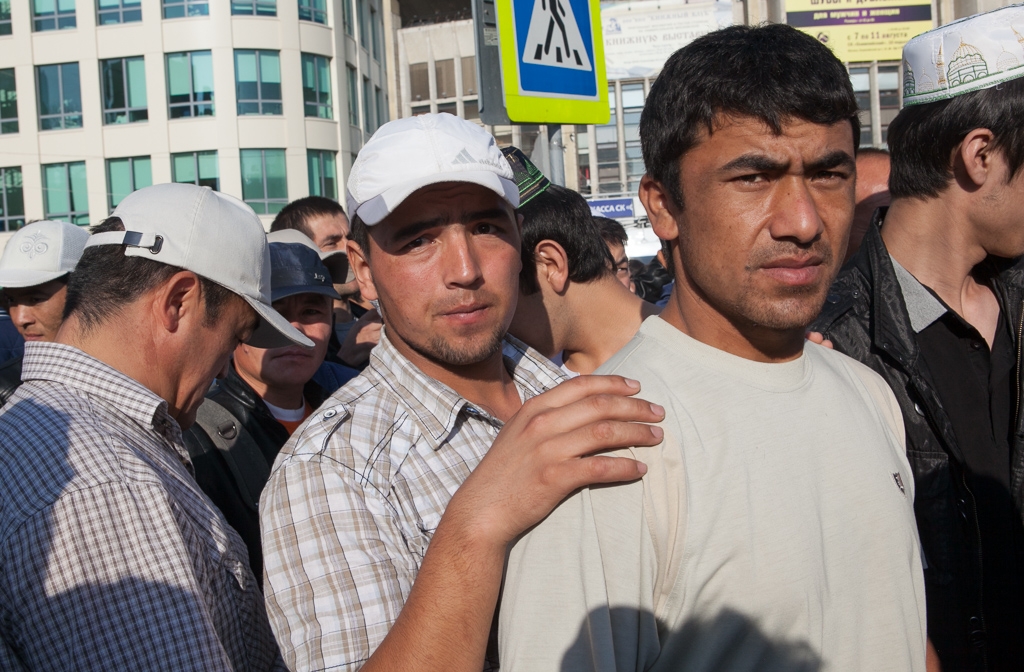 On November 10 the government lifted quotas in place since last year that allowed only 11,000 workers from Uzbekistan to work in the construction and agro-industrial sectors at any one time under organized migration schemes. (The quotas do not apply to the millions of casual workers employed on an ad hoc basis. An estimated two million Uzbeks are believed to be working in Russia.)

Rules established in October 2021 set a quota of 10,000 Uzbek construction workers to work on Russian buildings sites under organized programs at any one time. In December, Moscow added 1,108 Uzbek laborers for the agro-industrial complex.

It has now lifted those quotas to lure Uzbek migrants to fill gaping labor shortages created by Russian President Vladimir Putin’s order in September to mobilize men to fight in Ukraine.

As a result, “up to a third of Russian industrial enterprises could face a record manpower shortage,” Russia’s Kommersant newspaper reported on November 11, citing experts from the Gaidar Institute for Economic Policy.

Russia’s labor market is experiencing its worst shortages since 1993, the report said.

Light industry is particularly affected, with a 70 percent shortfall, but there are shortages across the board. Machine-building lacks around a third of required manpower, the food sector a quarter. Agriculture needed 38,200 migrants for seasonal work last year.

Organized schemes for Uzbek laborers to work in Russia (and other countries, including Japan and South Korea) involve them registering and undergoing bureaucratic checks and medical procedures in Uzbekistan before taking the jobs abroad.

These are skilled workers, some of whom receive training at home in Uzbekistan’s national network of vocational centers. Known as “mono-centers,” these deliver training courses in practical skills from car manufacturing and plumbing to massage and jewelry making. But the centers can also equip laborers with the skills they need to do particular jobs in specific foreign companies, under contracts.

The organized programs are testimony to Tashkent’s efforts to regulate labor migration to find better-paid jobs for Uzbeks and protect them from exploitation.

Now, the migration schemes remain in place, but there are no limits on how many workers Russian companies can employ under them.

Even before Putin’s mobilization order, the quota for Uzbek builders was less than half met. Although 13,500 qualified laborers had been selected, by early September only 4,500 were working in Russia.

Reports of Russia targeting Central Asian migrants to fight on the frontline in Ukraine are certainly a deterrent for migrants.

Uzbeks appear less enthusiastic about staying in Russia than previously, judging by data from Russia’s Federal State Statistics Service. In the first eight months of 2021, 35,700 Uzbek citizens entered Russia and 19,900 left. In the same period this year, a similar number entered – 33,900 – but far more left – 47,600.

As a result of the war, the World Bank is forecasting a drastic drop this year in the migrant remittances upon which many Central Asian families rely.

Central Asian migrants are diversifying their destinations: This summer  some were picking fruit in the UK to fill Brexit-related labor shortages.