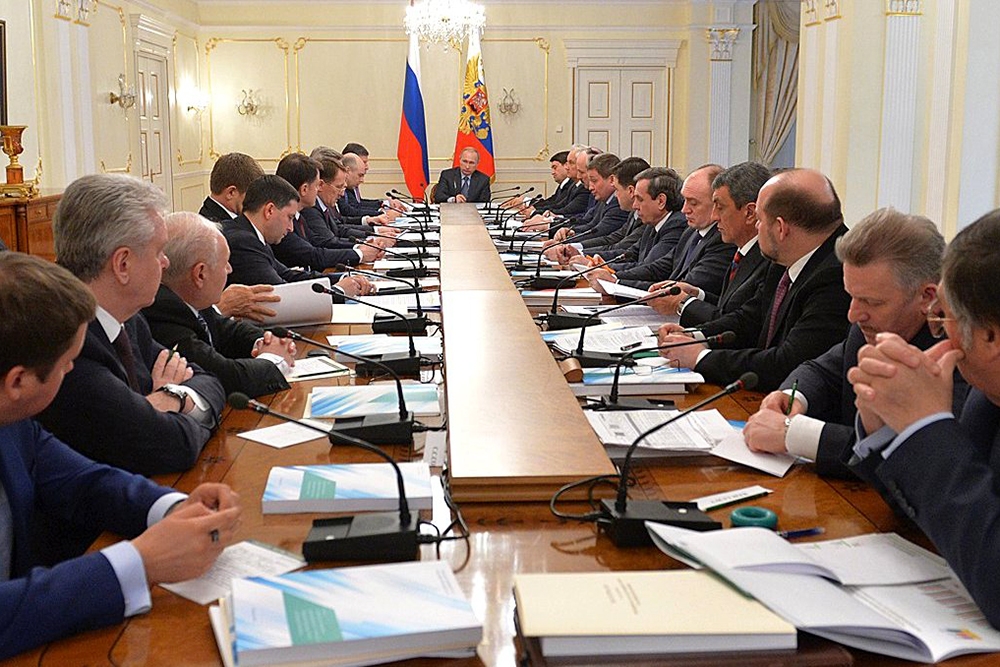 Amid Russia’s economic woes, billions of dollars continue to disappear in offshore havens. The net outflow of capital from Russia reached $32.6 billion during the first quarter of 2015, according to the nation’s Central Bank.

The bank is now forecasting that capital flight may reach $131 billion by the end of the year. In reporting first quarter numbers, the Central Bank also upwardly revised the 2014 figure for net capital outflow to $154.1 billion from the previously reported $151.5 billion. That figure marks the highest annual total of capital flight since the Central Bank started tracking the trend back in 1994.

Financial experts say most of the money now fleeing Russia ends up in offshore accounts, beyond the reach of tax inspectors and other prying eyes. The budgetary implications for Russia are significant: according to Andrei Makarov, chairman of the Russian Duma’s Committee on Budget and Taxation, back in 2013, when the capital flight rate was dramatically lower than it is now, capital flight cost the Russian treasury at least $22 billion in lost tax revenue.

The problem is not limited to tax revenue losses. “Capital flight weakens the national economy, starving it of investment funding, which further worsens the economy’s development prospects,” wrote economists Mikhail Gelvanovskiy and Vladislav Ovchinskiy in an academic paper that examined the economic damage done by capital flight amid the 2008 economic crisis.

Investment activity in Russia during the first quarter of 2015 dropped by more than 20 percent compared with the same period the previous year, according to the Center for Macroeconomic Analysis and Short-Term Forecasts (CMASF). Representatives of the Ministry of Economic Development sought to allay concerns, contending that the overall decrease in investment is projected to be 10.6 percent in 2015. Minister of Economic Development Alexei Ulyukayev also has claimed that investment would grow by as much as 3 percent in 2016, driven mainly by private investors. He provided no specifics about possible government measures to attract private investment.

Another sign that the Russian economy is being starved of capital is the sharp increase in bankruptcies. According to CMASF, the overall number of bankruptcies in the first quarter of 2015 reached levels last seen during the previous crisis in 2008-2009. Among major companies in industry and agriculture, the rate has exceeded that of the previous crisis. The hardest hit economic sectors are housing and construction, transport, communications, trade, power industry and metallurgy.

The flight total for the first quarter of 2015, $32.6 billion, is substantially lower than the same quarter last year ($47.7 billion). But experts point out that the first quarter of 2014 saw Russia’s forced annexation of Crimea and the first steps toward the introduction of Western sanctions, two developments that sparked a panicked reaction among Russia’s monied class. A better indicator for how 2015 is comparing to last year, in terms of the capital flight rate, will be the second quarter. In 2014, the second-quarter capital flight figure fell to $21.9 billion.

Analysts predict capital flight will not stabilize anytime soon. “Capital outflow can only be stopped if the general population and businesses’ confidence in Russia’s stability is regained,” Mikhail Zadornov, head of VTB 24, one of Russia’s largest banks, told the Interfax news agency.

Both Zadornov and other experts contend that bolstering confidence in Russia’s political and financial system are long shots over the near- and medium-term: there are no indications that the Kremlin will change its current political course, specifically its aggressive stance toward Ukraine. And at home, the government likewise shows no inclination to address the issues of pervasive corruption and arbitrariness in dealing with the business community.

According to government statistics, Russia has suffered a total net capital outflow of about $550 billion since President Vladimir Putin gained power in 1999, hemorrhaging money every year except in 2006 and 2007. Independent researchers suggest that the government figures underestimate the problem, and assert the actual total may be higher than $1 trillion.