Chupik is being held at Sheremetyevo airport pending expulsion. 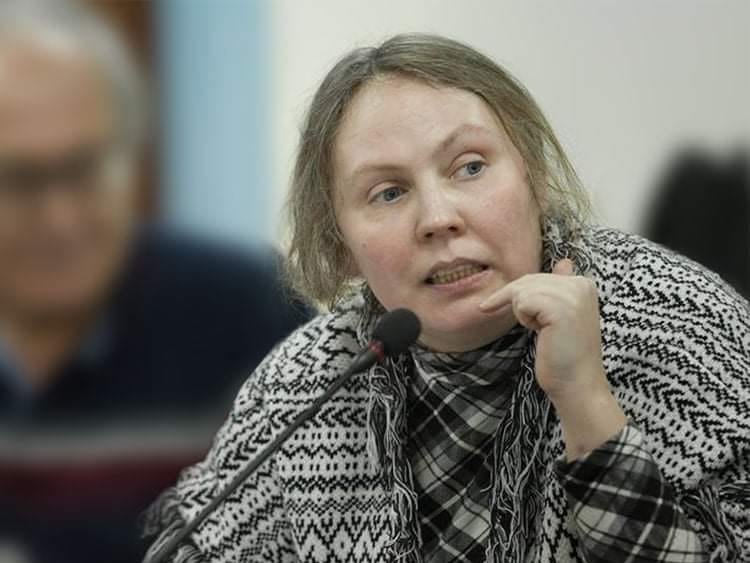 A widely respected, Moscow-based migrant rights activists has been detained by Russian authorities and is being threatened with imminent deportation to Uzbekistan, her country of origin.

As of September 29, Valentina Chupik, executive director of the Tong Jahoni rights group, was being held at a detention facility in Moscow’s Sheremetyevo airport pending expulsion. Her colleagues say she has been denied access to legal representation since she was detained after flying into Moscow from Armenia on September 25.

The World Organization Against Torture and the International Federation for Human Rights have said in a joint statement that Chupik faces a “serious risk of torture and other ill-treatment” if she is deported to Uzbekistan.

Chupik has told her colleagues, with whom she is in phone communication, that police officers holding her have threatened her, saying “she could be taken away and killed at any time.”

The exact grounds for the threatened deportation are not fully clear, although it is understood that she is being accused by the Russian authorities of “presenting knowingly false information or false documents.”

Chupik fled Uzbekistan in 2005 amid the wave of repression that followed the bloody crushing of an uprising in the eastern city of Andijan that year. Her organization has been in operation since 2009 and has carved out a reputation as one of the most active advocates of the serially abused migrant laborer community.

The activist told RFE/RL in an interview earlier this week that her organization had received around 70,000 petitions for assistance between December 2020 and September 2021 alone.

Russia has become an increasingly dangerous place for activists, even those not dealing specifically with Russian political affairs. In March, a fellow migrant rights activist originally from Tajikistan, Izzat Amon, was snatched off the streets of Moscow and forcibly returned to Dushanbe. The Tajik Interior Ministry later admitted Amon was in their custody and that he was facing fraud charges related to his activism in Russia.

The explanation was clearly spurious. As Dublin-based Front Line Defenders has noted, Amon had “previously criticized the Tajik authorities’ lack of support to Tajik migrants living in Russia.”

The same protocol of kidnapping in Russia and subsequent prosecution of Tajik activists and dissidents in their home country has been used against multiple individuals.

Chupik told RFE/RL she was certain her work was the reason for her detention.

“The [Federal Security Service, or FSB] officer told me directly on the first night of my interrogation: ‘This is due to your behavior. What do you expect? You are going out of your way to accuse the Interior Ministry of systemic corruption. You complain all the time about the Interior Ministry, so they have complained about you,’” Chupik told the broadcaster.

Chupik has said her only hope now is for intervention from a third country.

“The Uzbek authorities are very dependent on Russia. And I think that [their security services], being that they are the younger partner of the FSB, will do everything in their power to make sure I have no future,” she said.