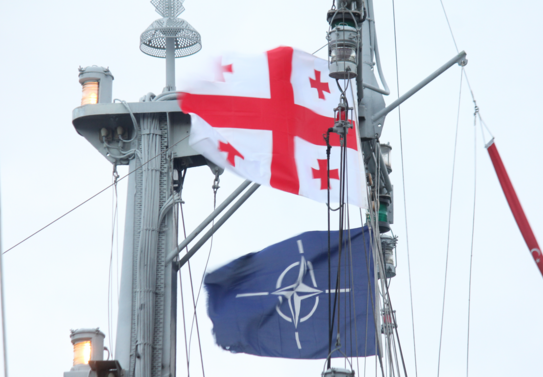 Russia is conducting snap exercises around the Black Sea and southern Russia as tensions continue to rise between Russia and Turkey. Meanwhile, a contingent of four NATO naval vessels -- including two from Turkey -- is visiting Georgia for joint exercises.

Russia began the exercises on Monday which reportedly involve 8,500 troops and 50 combat ships from the Black Sea Fleet and Caspian Flotilla. These sorts of large, unnanounced exercises have become common in Russia over the last several years, but analysts saw these particular drills as sending a message to Turkey.

"We've had many of these snap exercises over the past three years, it's a very correct element of training the armed forces. It's not at all necessary to see them as a signal to someone, but in this case it's of course also a signal to the Turks, because we are quickly and surely heading to war with them," said Alexander Khramichkin, a Russian military analyst, in an interview with newspaper Gazeta.ru.

Tension between Moscow and Ankara has remained high months after Turkey shot down a Russian military jet on the Syrian border. Most recently Russia accused Turkey of planning a land invasion of Syria, further heightening the risk of direct confrontation between the two powers.

Meanwhile, two Turkish ships were among a four-ship NATO contingent of minesweepers visiting Batumi, Georgia, starting on Friday. Ships from Spain and Romania also called at Batumi, with an Italian one to join them soon. The NATO ships and sailors will train with their counterparts from the Georgian coast guard. Earlier this week, NATO defense ministers meeting in Brussels promised to increase the alliance's activity on the Black Sea.