Russia needs workers. Its migration system is keeping them out

Migrants from other Soviet republics help Russia meet its workforce needs as the ethnic-Russian population declines. But paperwork is keeping many away. 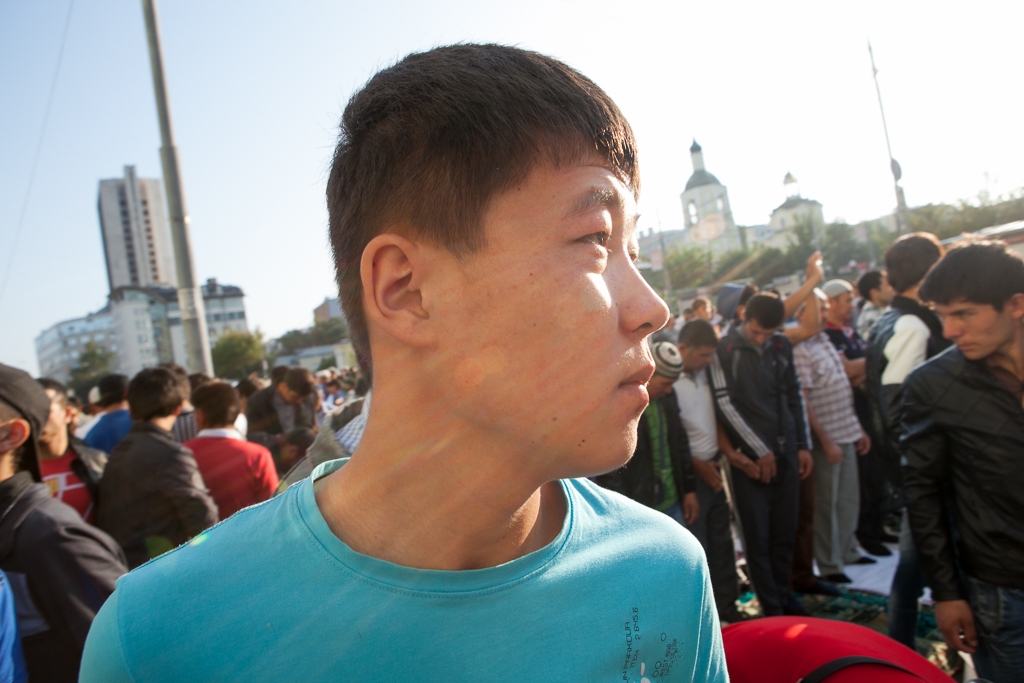 The number of migrants seeking Russian citizenship has declined in recent years, in part thanks to cumbersome bureaucratic requirements. (photo: David Trilling)

Kanan Mamedli, 22, has lived in the Russian city of Volgograd since he was a small child. He studied in its schools and now attends the local management university. Though he was born in Azerbaijan and holds an Azerbaijani passport, Russian is his native language.

He’d like to stay in Russia after graduation to gain work experience and then one day return to Azerbaijan. But unless he renounces his Azerbaijani citizenship and applies for a Russian passport, he will likely have to leave as soon as he graduates.

“As a child, I used some temporary documents. Later, when I was in school, I applied several times to get a residence permit or permanent resident card, but each time there were not enough places [in the quota], which the government determines every year. So now I can be in Russia only during the school year,” Mamedli explained.

The lack of residence permits, and the requirement that an applicant for Russian citizenship renounce his or her original nationality, are hiccups in the legal system, says Yulia Florinskaya, a migration expert at the Russian Presidential Academy of National Economy and Public Administration (RANEPA).

“As a result, a lot of people who want to come and live here for a long but limited period can’t,” she said. “Solving this problem could really change the number of immigrants [arriving in Russia].”

Since the fall of the Soviet Union, Russia has been the primary destination for migrants from post-Soviet countries. Migrants have helped Russia meet its workforce needs as its birthrate has fallen. The government classifies these workers into two broad categories: temporary migrants who often perform manual tasks and return home annually; and workers who stay a year or longer, many of whom eventually seek citizenship.

In recent years, while the number of short-term migrants has been relatively stable, the number of people in this second group has declined. According to RANEPA data, in 2018 their arrivals were the lowest since 2005, at 124,900. At this rate, Russia’s population will fall from 146 million to 128 million by 2030, according to calculations published by the Institute of Demography at Moscow’s Higher School of Economics.

“The main focus of the concept is to make the procedure of getting Russian citizenship easier and more attractive,” said Olga Chydinovskikh, a demographer at Moscow State University.

But the Concept does not address people seeking residence cards, who wish to work for a number of years and then return to their home countries – people like Mamedi – though two draft laws currently being considered by the State Duma may resolve this quandary.

And even if the new migration concept manages to make living in Russia more attractive, it lacks another element, essential for any successful immigration policy, argues Yevgeny Varshaver, another RANEPA migration expert. “There is no thoughtful integration policy, neither in this document, nor in its predecessor,” he told Eurasianet.

Russia is too segregated, Varshaver argued: “A lack of communication perpetuates fear and distrust on both sides and could lead to ethnic conflicts.”

Today migrants find themselves even less welcome than they were 10 years ago, according to research by the Levada Center, an independent pollster. Between 2007 and 2017 Levada found a decrease in the number of Russians who believe migrants are hardworking (from 30 to 26 percent); those who believe that migrants provide for families fell from 38 to 25 percent.

“How can we need more migrants when they are already all around us?,” asked Roman, 31, a bar manager in Biryulyovo, a Moscow district that is home to many Central Asians.

Though Russians can see that migrants do the work “we don’t do ourselves,” Roman said, he expects Russians to bristle at legislation that would allow more foreigners into the country.

Such attitudes are not lost on immigrants.

Daniar, a 31-year-old from Uzbekistan, moved to Russia with his family a couple of years ago. They had no problem getting citizenship, he says, because they speak fluent Russian. But trying to get a job or rent an apartment was a different story.

“You get negative responses even if you speak good Russian and have a Russian passport; only a Slavic appearance counts [to landlords and employers],” Daniar said.

Florinskaya of RANEPA believes the Concept will not do enough to modernize Russian migration policy, in part because it remains too centralized.

“It leaves a lot of decisions directly to the president, which increases his power to use migration laws as leverage in political relationships with post-Soviet countries,” she said, pointing to Putin’s April order to grant Russian passports to people living in the breakaway regions of Ukraine. That decision, she says, will have no demographic effect on Russia because those who had wanted to come already had.