The two sides have promised to continue consultations on “integration,” though that is a buzzword that analysts suggested was a face-saving measure. 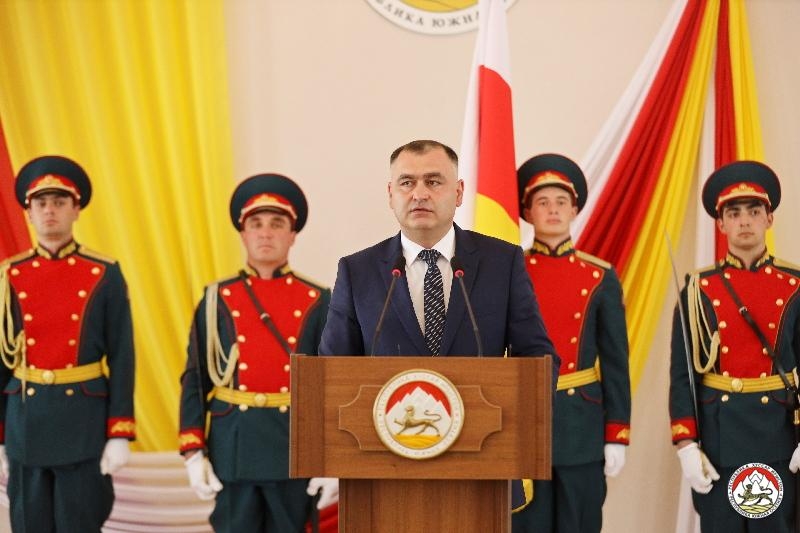 Moscow has welcomed the decision of the new leadership of South Ossetia to suspend a planned referendum on joining Russia, though the two sides promised to carry out some other unspecified “integration.”

South Ossetia’s newly elected de facto leader, Alan Gagloev, on May 30 formally suspended the implementation of a referendum that his predecessor had called on joining Russia. The measure was taken “recognizing the inadmissibility of a unilateral decision to hold a referendum on questions touching on the rights and interests of the Russian Federation,” Gagloev’s order said.

In the same order, however, Gagloev also appointed members of a commission charged with “immediately carrying out consultations with the Russian side on an entire complex of issues connected with the further integration of the Republic of South Ossetia and the Russian Federation.”

What form that “integration” may take – it is a common buzzword used between Russia and its allies – is unclear. But the order to forego the referendum, at least for now, was unambiguous. And it was welcomed in Moscow.

“Taking into consideration that the initiative of the former president of South Ossetia Anatoliy Bibilov was not coordinated with us, we assess the decision of the new head of state on suspending activities [connected to the referendum] as sensible, and corresponding to the spirit of alliance between our countries,” said Maria Zakharova, spokesperson for the Russian Ministry of Foreign Affairs, on May 31.

Bibilov had originally announced his intention to hold a referendum on joining Russia during the heat of an election campaign, and most observers interpreted it as a political gambit aimed at shoring up his flagging support. It failed, however, and Bibilov lost to Gagloev in the May 8 vote. Undeterred, the lame duck Bibilov formally called the referendum days after his loss. That put Gagloev – who had expressed gentle skepticism about the idea during the campaign, as had Moscow itself – in a delicate spot.

“Gagloev, of course, had to observe politesse,” editor of local news website Osnova, Ruslan Totrov, told Caucasian Knot. “He couldn’t allow himself completely incendiary rhetoric, he had to communicate in the limits required of the head of state. That’s why Gagloev found a quite vague formulation, trying to tone things down and minimize the negative impact of the Bibilov referendum affair. So the words about continuing consultations should be interpreted as a diplomatic way to snuff out the idea of a referendum.”

The consultations with Russia may also be a way to get around the fact that, by law, Gagloev can not cancel the referendum but only postpone it for up to three months. On top of that, many Bibilov appointees remain in key positions with authority over the referendum, wrote journalist Murat Gukemukhov at RFE/RL.

“Therefore, Alan Eduardovich [Gagloev] decided to take another route and bring in another player: Moscow. He can thus avoid speculation of the type that Bibilov loves about ‘betrayal of the interests of the nation,’ ‘pro-Georgian politicians in our midst,’ and so on,” Gukemukhov wrote.

“Russia’s participation also should obviously calm the international community, because so far its demonstrative distance from the situation has only strengthened speculations that the Kremlin is behind the referendum and the question is already decided. Now Moscow’s participating in the consultations should eliminate those suspicions,” he argued.

Russia is one of only a handful of countries that recognizes South Ossetia as independent; the rest of the world considers it part of Georgia and does not recognize its government.