Putin's spokesman has denied the proposal is being used to advance political objectives. 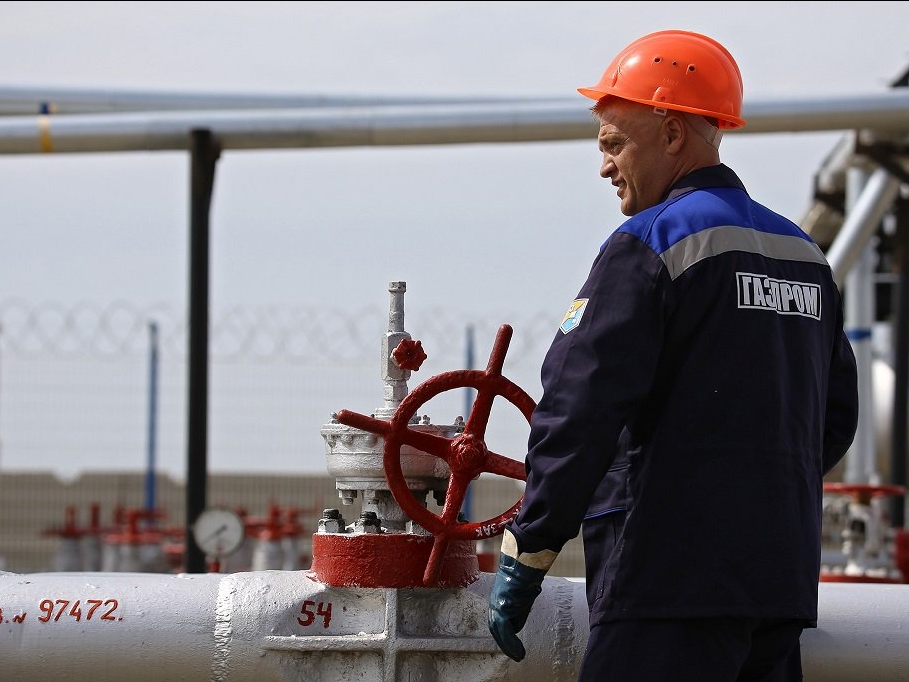 Russia has proposed turning on the taps for Central Asia's largest economies, which appear wary. (Gazprom)

Russia appears set on pushing ahead with lobbying its proposal to form a so-called natural gas union with Kazakhstan and Uzbekistan, which are struggling with worsening shortages, despite both those countries reacting coolly to the concept.

Speaking to the Russian state broadcaster, a spokesman for President Vladimir Putin sought on December 9 to dispel increasingly aired suggestions Moscow is pursuing the idea out of political rather than commercial considerations.

“There are no political conditions here. This is [being promoted] from the point of view of the commercial benefit and the commercial interests of the three countries,” Dmitry Peskov told Channel One.

The idea of what has been termed a "tripartite gas union" has been in the air since November 28, when it was reported to have been the subject of discussion between Putin and Kazakhstan’s President Kassym-Jomart Tokayev, who was in Moscow for talks.

The purpose of the union, Tokayev said in remarks at the time, would be to coordinate the delivery of Russian gas to Central Asia.

The timing is not accidental. Russia has lost a considerable chunk of its client base in Europe as a result of its invasion of Ukraine, while Kazakhstan and Uzbekistan are barely coping with domestic shortages.

Anticipating a likely crunch in winter, Tokayev in June ordered his government to reduce gas exports and to make certain that an additional 2 billion cubic meters of the fuel was made available to customers inside the country. In mid-November, just as the country was beginning to endure a particularly severe winter, Uzbekistan announced it was putting an almost complete stop to gas exports and that it would instead increase imports of the fuel.

The gas union proposal from the Kremlin appeared engineered to solve everybody’s problems. It has also sparked speculation, however, that Russia might use the arrangement to provide itself with a form of political leverage over Kazakhstan and Uzbekistan, both of which have looked on with palpable unease at Moscow’s bellicose actions and rhetoric in recent months.

Reuters news agency on December 7 cited Uzbekistan’s Energy Minister Jorabek Mirzamahmudov as saying that his government would not agree to political conditions being attached to trade for gas.

“If we import gas from another country, we cooperate only based on a commercial, sales contract. We will never agree to political conditions in exchange for gas. In short, we will get the gas contract offered to us only if we agree to it, otherwise not,” Mirzamahmudov was quoted as saying.

In his comments to Channel One, Peskov explicitly addressed the reporting by Reuters, whom he accused of mischaracterizing Mirzamahmudov’s remarks.

“What happened this week was that the words of the deputy prime minister of Uzbekistan were misrepresented, and there was another attempt by Reuters to flavor all these processes with politics,” Peskov said in reference to Mirzamahmudov, who also holds a position as the deputy prime minister with the portfolio for the development of the fuel, energy and chemical industries.

But Kazakhstan too has tried to pour cold water on the gas union idea – for now. The deputy foreign minister, Roman Vassilenko, told reporters on December 7 that it was still too early to discuss the proposal.

“But the principled position of Kazakhstan is that Kazakhstan does not allow its territory to be used to circumvent sanctions. This position has not changed and will be used when it comes to assessing any potential new initiatives,” Vassilenko said in remarks cited by RFE/RL’s Kazakh service.

If there is any breakthrough to be made, it may arrive this week at talks in the Kyrgyz capital, Bishkek, between the presidents of Russia and Kazakhstan and the prime minister of Uzbekistan, Abdulla Aripov. Putin’s senior advisor on international affairs, Yury Ushakov, on December 8 briefed reporters that “he could not rule out” the topic coming up when the three men meet.

It is also possible that even if the tripartite gas union idea dies a quick death, it will stumble onward in a different form.

Peskov said that the plans to create a unified gas market across the Eurasian Economic Union space, which includes Russia, Kazakhstan, and Kyrgyzstan, but not Uzbekistan, will be discussed at the trade bloc’s heads of summit in Bishkek on December 9.