Russia raises gas prices for Armenia in the new year

It’s the latest in a string of setbacks in Yerevan’s relations with Moscow. 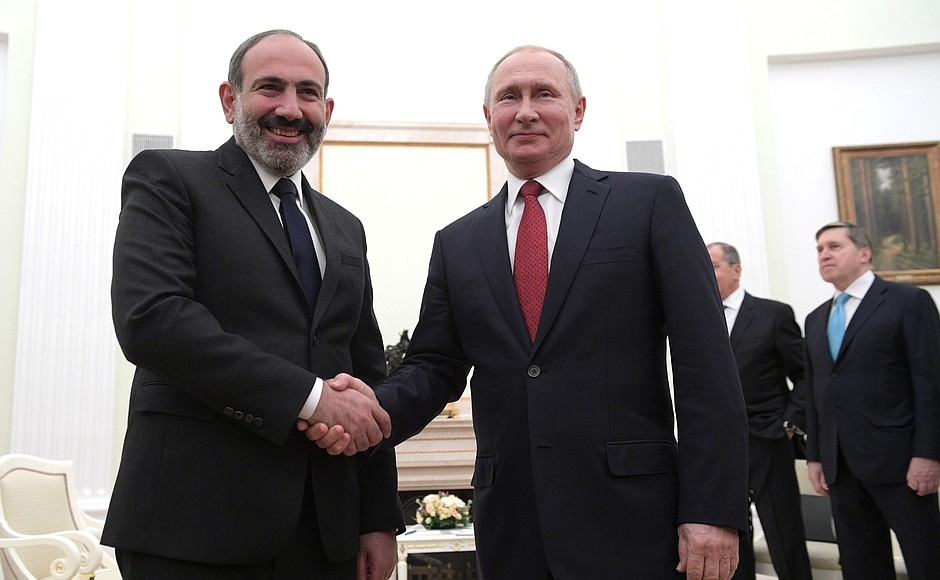 Russia has raised the price for the gas it sells to Armenia by 10 percent. The negotiations over the gas price were seen as a litmus test for the new government in Yerevan and its ability to deal with its often overbearing ally in Moscow.

The Armenian government had repeatedly said it was seeking to instead reduce the price it pays Russia for gas. “Negotiations are being conducted toward the reduction" of gas prices, Garegin Baghramyan, Armenia’s minister of energy and natural resources told reporters in November. As late as December 27, Baghramyan said that "Of course, we are holding talks on reducing the tariff, but I am unaware of Russia’s proposals. The best result for us must be to reduce the tariff."

That the price was instead raised is another item in a growing list of setbacks to Armenia in its relationship with Russia. Armenia imports the large majority of its gas from Russia. Its only other supplier is Iran, and U.S. officials have been pressuring Yerevan to curtail its ties with Iran.

The price increase comes as Armenia also appears to be on the verge of losing its position heading the Russia-led Collective Security Treaty Organization, and just days after Russian President Vladimir Putin and Armenian Prime Minister Nikol Pashinyan met in Moscow. The day after the meeting, Putin pointedly sent public holiday greetings to former Armenian president Robert Kocharyan, a Pashinyan nemesis currently in jail in Yerevan on abuse-of-power charges.

The price increase is “symptomatic of how the Kremlin is exploiting Armenia’s acute dependence on Russian hydrocarbons, using gas supply as a political instrument to put pressure on the Pashinyan-led government,” Eduard Abrahamyan, a London-based analyst of Armenia, told Eurasianet.

Pashinyan’s foes in the formerly ruling Republican Party of Armenia pounced on the defeat. “We are finishing the year not entirely proudly and fruitfully,” wrote Eduard Sharmazanov, the party’s press secretary, on his Facebook page the day the announcement was made. “Nikol, who for months has been accusing us of artificially increasing prices on gas and creation of a corrupt gas scheme, saying that since his becoming prime minister that Armenia-Russia relations have been wonderful, today reported that the price of gas is increasing.”

Pashinyan himself tried to put a brave face on the news, saying that consumers would be paying the same price for energy thanks to “our certain internal adjustments,” which he didn’t specify.