Russian media have suggested that reversing the flight ban to and from Georgia may be contingent on how Tbilisi’s political crisis plays out. 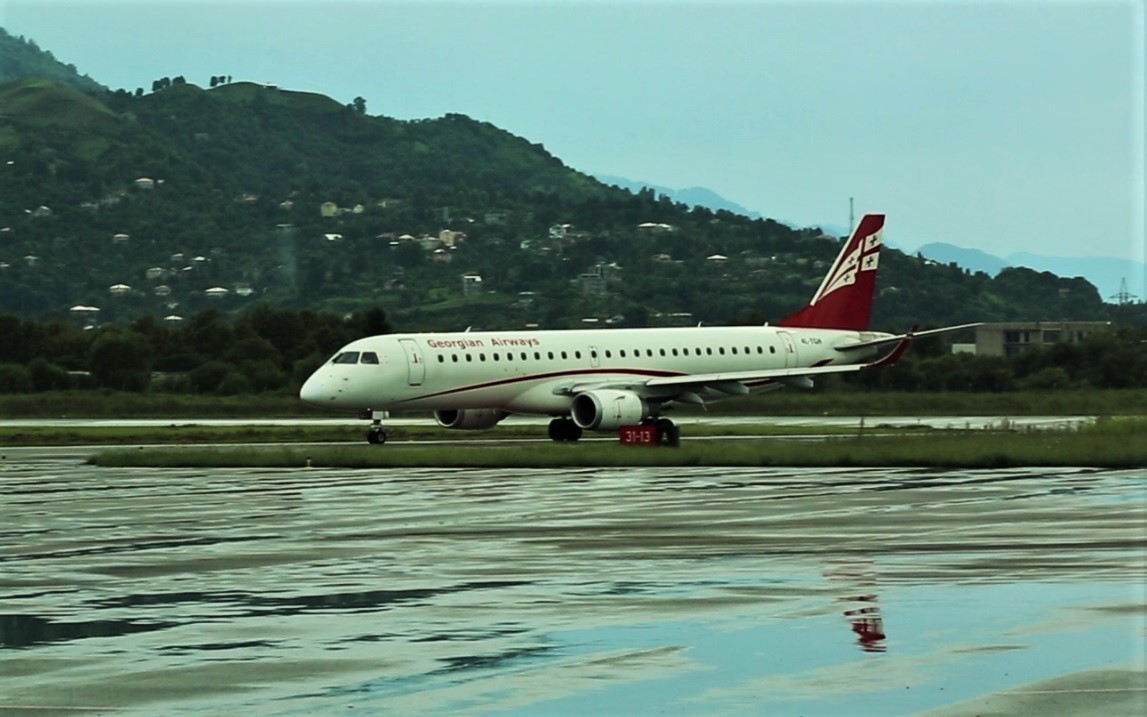 Plans to resume direct flights between Russia and Georgia, which one Russian newspaper called Moscow’s planned “New Year gift” to Tbilisi, have gotten delayed in what some see as Russia’s attempt to influence the outcome of the ongoing political crisis in Georgia.

Reports in Russian media suggest that the postponement may be the result of “continued Russophobic sentiment” (as the newspaper Izvestia put it) at anti-government protests which have gone on for several weeks in Tbilisi.

“Now we need to wait for the completion of the internal political crisis in Georgia,” an “informed government source” told Izvestia. “Most likely, the restoration of flights will happen after the New Year.”

Protesters are for the most part rallying against what they call autocratic rule by billionaire Bidzina Ivanishvili and his ruling Georgian Dream party, but some observers also are casting the strife as a geopolitical choice for Georgia: the West or Russia.

“Russia is trying to show that it can leverage the situation in Georgia economically and politically,” Kornely Kakachia, director of the Georgian Institute of Politics, a think-tank, told Eurasianet. “Moscow has been trying to restore leverage points it had lost following 2008 [Georgian-Russian war].”

Russia’s post-2008 war recognition of breakaway Abkhazia and South Ossetia as independent states, and continued efforts to redraw Georgia’s borders, have left Moscow with few levers to use against its estranged neighbor other than economic ones. Russia’s political influence in Georgia would likely shrink even further if Georgian protesters, mostly a collection of vigorously pro-Western and anti-Russian forces, prevail in their battle with Georgian Dream.

Georgian Dream has pursued a careful policy of rapprochement with Moscow since coming to power in 2012, restoring trade and tourism ties with Russia. That has led to accusations that it is selling out to Georgia’s main enemy. That tension culminated in the scandalous appearance of a Russian lawmaker in the Georgian parliament in June, sparking protests against Georgian Dream and Ivanishvili that have continued on and off to this day.

In response to Georgia’s expulsion of the lawmaker and the subsequent anti-Russian demonstrations in Tbilisi, Russian President Vladimir Putin ordered a ban on direct flights. The embargo delivered a blow to Georgia’s tourism industry, as the sector had become increasingly dependent on Russian travelers.

The blow, however, turned out to be less crippling than initially feared. Following the ban, Georgia received a record number of visitors in July and the number grew further in August, reaching almost 1.4 million, about a 5 percent hike compared to August 2018. While the number of Russian travelers decreased, some 360,000 still managed to come in July and August by land or using connecting flights.

The drop in revenue, despite the growth in the number of visitors, was explained by a decrease in airlines’ revenues and by an assumption that Russians tend to spend more money than travelers from other neighboring countries. The Georgian government stepped in to help 166 small and medium-size hotels repay loans that these companies said they could not cover due to a drop in visitors.

Although the impact is limited, Georgian officials insist that return of air connections with Russia is essential. “Our winter resorts are waiting for tourists, including Russian tourists, and therefore restoration of air travel will be an extremely positive development,” said Economy Minister Natia Turnava.

Now, reports of a further postponement of the restoration of air connections has given ammunition to the Georgian government, which is accusing the domestic protest movement of causing political and economic instability.

There is a segment of Georgian society, including in business and political circles, that sees improved economic ties with Russia as a priority. But the national conversation has been dominated by demonstrations in Tbilisi and on the detention by Russian troops of a Georgian doctor in the breakaway region of South Ossetia. The doctor remains in South Ossetian captivity over Georgian protests.

Public opinion remains overwhelmingly in support of integration with the West and most of Georgia primarily sees Russia as a threat. Given that, Kakachia believes that the talk of flight resumptions will likely have a marginal effect on the goings-on in Tbilisi.