A court ruled that the CPC could continue operating and pay a $3,250 fine. 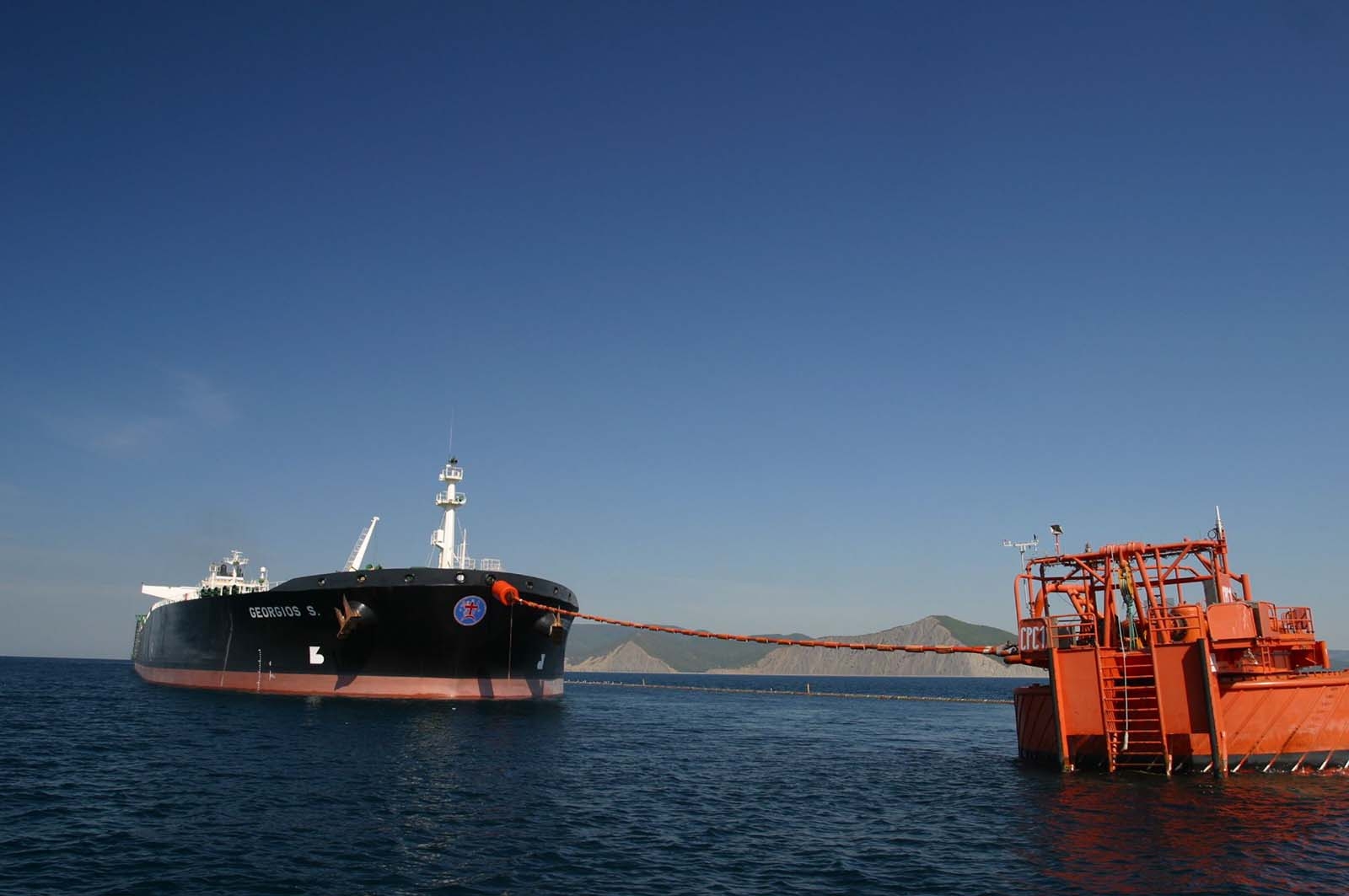 An oil-loading rig at the port of Novorossiysk. (Photo: CPC)

A court in Russia has overturned an earlier ruling to suspend operations at a pipeline that Kazakhstan uses to export most of its oil.

The Krasnodar regional court ruled on July 11 that the Caspian Pipeline Consortium will now face a 200,000 ruble ($3,250) fine for alleged environmental violations instead of the one-month-long freeze of its activities ordered by a lower-tier court earlier in July.

That freeze on activities stood to cost Kazakhstan hundreds of millions of dollars in lost revenue. No less seriously, the impasse threatened to further isolate Russia, which has retained Kazakhstan among its few relatively reliable partners on the international stage.

This was the third time in recent months that the CPC – which was last year used to carry around 53-54 million tons of oil from western Kazakhstan toward Novorossiysk, a Russian port town on the Black Sea – has run into trouble.

In April, Kazakhstan was forced to redirect a portion of its exports through other routes after oil-loading facilities at Novorossiysk were allegedly rendered inoperable by storm damage. Last month, deliveries through the pipeline were again interrupted following what Russian officials said was the discovery of World War II-era anti-ship ordnance in the area.

In an apparent recognition of Kazakhstan’s excess reliance on a pipeline crossing Russia, President Kassym-Jomart Tokayev last week pleaded for assistance from U.S. companies developing the giant Tengiz oil and gas field for help consolidating oil export routes circumventing Russia. One option being explored is to radically increase how much crude is carried on tankers across the Caspian Sea from Kazakhstan to Azerbaijan.

In responding to the original one-month freeze, the CPC argued that the ruling was unlawful in that it posed long-term risks for the pipeline’s functionality.

“[CPC] is a continuous-cycle enterprise. The immediate suspension of its activities could have irreversible consequences for the production process and cause adverse and uncontrollable processes at the facility,” the company said in a statement. “[That could include] its destruction since the technical demands of transporting oil do not permit the immediate and … simultaneous cessation of productive activities.” 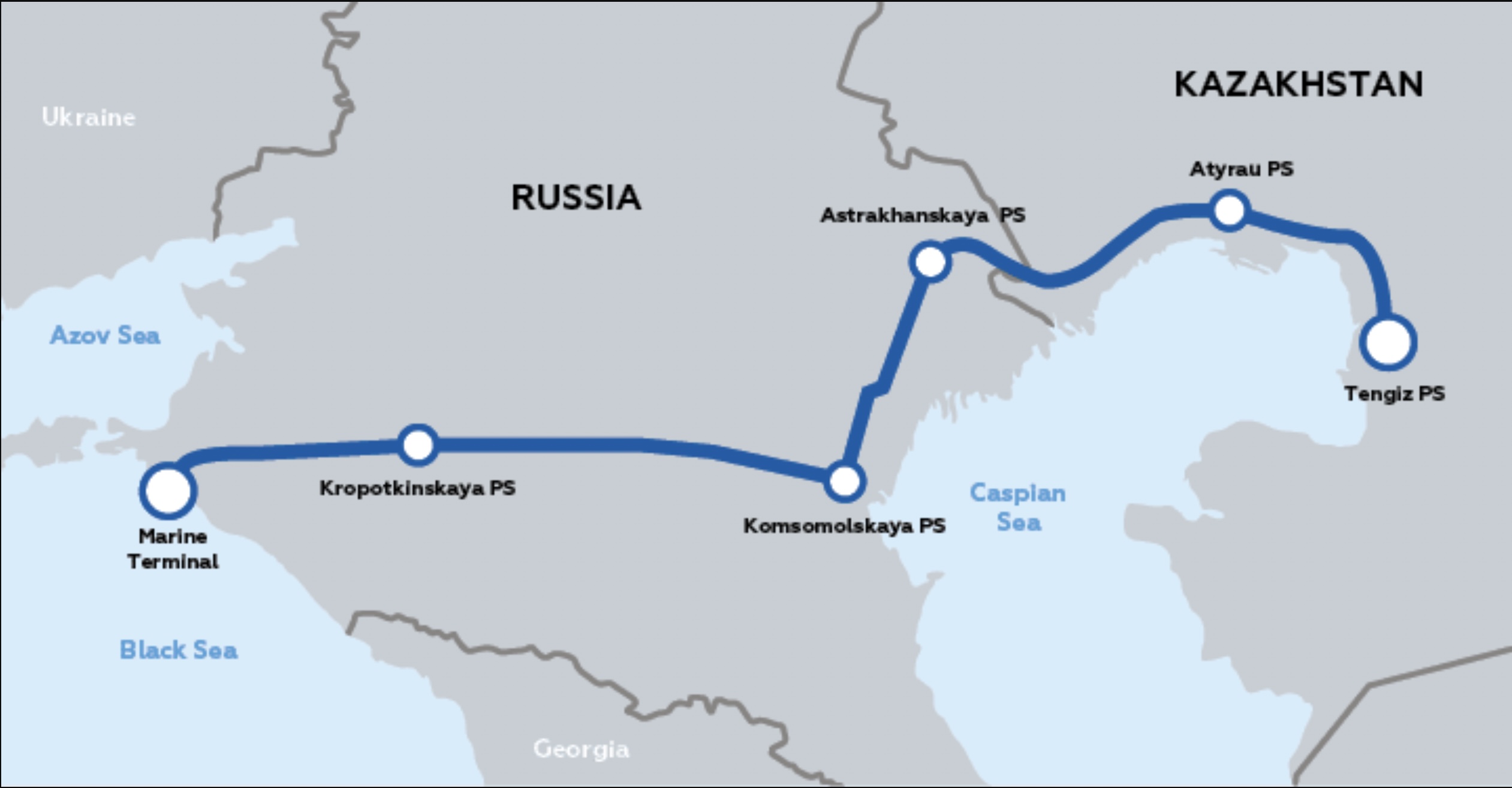 While some analysts have seen a political angle to the convoluted CPC saga, Moscow has tried to dispel this narrative.

On July 7, Dmitry Peskov, the spokesman for Russian President Vladimir Putin, said he thought it improbable that the decision on the one-month freeze was politically motivated.

“We have read that the ruling [to halt operations] was adopted for environmental reasons,” Peskov was quoted as saying by Interfax news agency. “Further communications with our Kazakhstani partners are needed here.”

The reality, however, is that Kazakhstani-Russian relations have been less than ideal for weeks, not to say months, or even years.

One factor that has enraged many Kazakhs over the years has been the regularity with which revanchist Russians are permitted by Moscow to make ominous claims to Kazakhstan’s territory or demand that Nur-Sultan submit entirely to Russia’s interests.

In one recent episode, famous television pundit Tigran Keosayan accused Kazakhstan of “ingratitude” to Russia after the government cancelled an annual commemorative World War II Victory Day parade in May and urged it to “look carefully at what is happening in Ukraine.” Keosayan is the husband of Margarita Simonyan, head of the Kremlin-run broadcaster and propaganda machine RT.

Nur-Sultan at times pushes back at such sallies. While sharing the stage with Putin at an economic forum in St. Petersburg last month, Tokayev expressed his displeasure over “absolutely incorrect statements about Kazakhstan” made by some Russian commentators. This was a clear reference to Keosayan.

“It has been calculated that if the right of nations to self-determination was realized in reality on the entire globe, over 500 or 600 states would emerge on Earth, instead of the 193 states that are currently part of the UN … That would be chaos,” said Tokayev.

But Kazakhstan has to be careful how openly it registers its irritation.

The depth of Kazakhstan’s economic ties with Russia cannot be underestimated. Of the $101.5 billion of trade that the country did in 2021, around one-quarter was with Russia, a country with which Kazakhstan shares more than 7,600 kilometers of border.

The regimes of the two countries are bound in other ways. Kazakhstan is a member of the Moscow-led Collective Security Treaty Organization defense bloc. When political unrest swept across the country in January and appeared potentially poised at one point to topple the government, Tokayev appealed for assistance from the CSTO. The troops, mostly from Russia, quickly arrived.