Kazakhstan's ports had been operating at a fraction of capacity since the trans-Caspian route was opened. 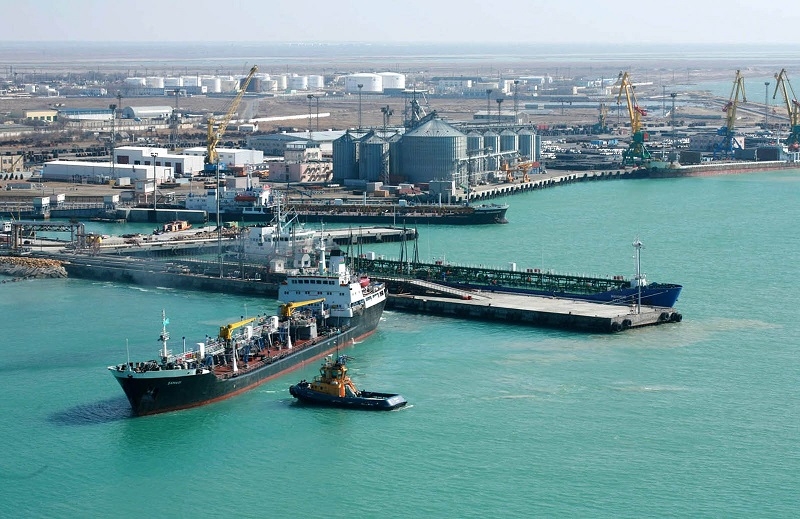 Is this the moment for the port of Kuryk to shine? (Photo: Kazakhstan government website)

Kazakhstan plans to increase the trafficking of cargo via the Caspian Sea as traders run into growing problems getting their goods through sanctions-battered Russia.

The government’s press service said on March 7 that a greater volume of wares would be transported along a route taking in the ports of Aktau and Kuryk, across the Caspian toward Baku in Azerbaijan, and then offloaded again onto ships in the Black Sea ports of Batumi and Poti in Georgia.

This logistical corridor, which is reliant on railroad and sea links, is known as the Trans-Caspian International Transport Route, or TTITR, and was willed into being in 2017, mainly by means of an agreement among Azerbaijan, Georgia, and Kazakhstan, but also in coordination with China, Turkey, and Ukraine. The route notably circumvents Russia. Kazakhstan mainly uses this corridor to export petrochemical products, ferrous and non-ferrous metals, liquefied hydrocarbon gas, coal, grain, oilseeds, and other vegetable items to Europe.

The route, which is also known as the Middle Corridor, has never come even close to fulfilling its potential, however. Industry and Infrastructure Development Minister Kairbek Uskenbayev said workload at Aktau and Kuryk was only 23 percent of capacity.

Traffic along the TTITR has grown steadily since 2017, though. In the year of the route’s launch, around 300 containers were sent along the corridor. In the first half of 2021 alone, that had increased to more than 7,000. China, whose exporters sees TTITR as a more profitable and faster transportation option than going across oceans, has been an important contributor to that volume.

Russian media were sniffy about the project to begin with, describing it as little more than a white elephant. Ironically, it is the sanctions triggered by Russia's invasion of Ukraine that may be the greatest boost to TTITR’s fortunes to date.

The most immediate profit that Kazakhstan looks set to yield from its readiness to transport more goods across the Caspian is from its sale of grain to Turkey. A sharp surge in global grain prices since the Ukraine war began – prices have hit record highs of $430 per ton – means those exports have grown only more valuable.