The ban in March sparked a rush on flour and sugar in Kazakhstan and Kyrgyzstan. 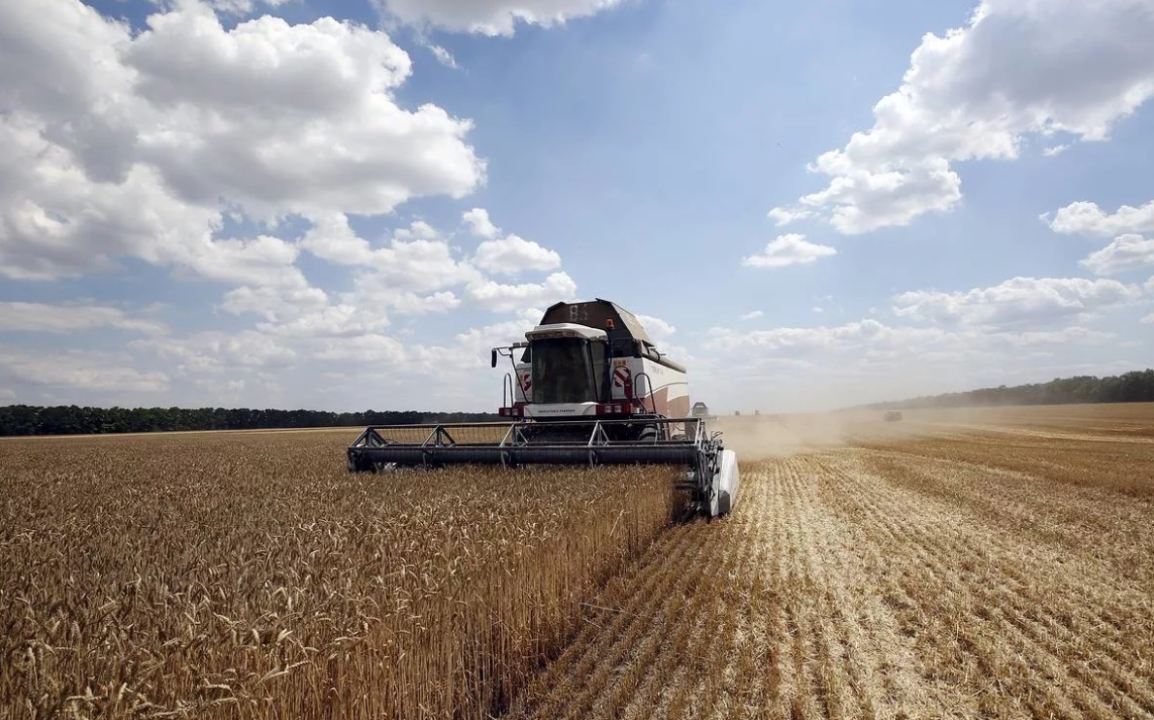 Toward the grain: Russia has lifted a ban on a number of staple goods it imposed in mid-March. (Photo: Kazakhstan government website)

Russia has reversed a ban on the export of grain and other staple cereals to fellow members of the Eurasian Economic Union that it imposed last month in a snap measure to ensure domestic food security.

While members of the trading bloc, also comprised of Armenia, Belarus, Kazakhstan, and Kyrgyzstan, will be able to import grain, rye, barley and corn from Russia, they will only be able to do so after receiving authorization from the Russian Agriculture Ministry, according to a government press release issued on March 31.

Even as some restrictions are eased, others are being put in place.

From April 1 through to August 31, there will be a total ban on the export of sunflower seeds and rapeseed. And from April 15 through to the end of summer, only 1.5 million tons of sunflower oil and 700,000 tons of press cake, a byproduct of oil production that can be used as animal feed, can be sent abroad.

Concern in Russia about the country’s ability to preserve food stocks has been sparked by the international sanctions imposed in reprisal for its military assault against Ukraine. Kazakhstan has in earlier years imported relatively cheap Russian grain so that it could sell its own more expensive grain to buyers outside the EAEU.

When Russia initially announced its cereals ban on March 10, it sparked a rush on items like flour and sugar in Kazakhstan and Kyrgyzstan. Many sellers quickly hiked prices in line with demand.

Moscow’s reversal on the export ban comes amid growing negative sentiment in Central Asia about the appeal of the EAEU. Calls are increasingly being made in the media and on social networks for the region’s members to withdraw from the bloc over concerns the impact of sanctions could hit their economies too.

Ending this export ban may go some way to calming those moods.