Russia, Seeking Support On Ukraine, Not Finding Much From Allies 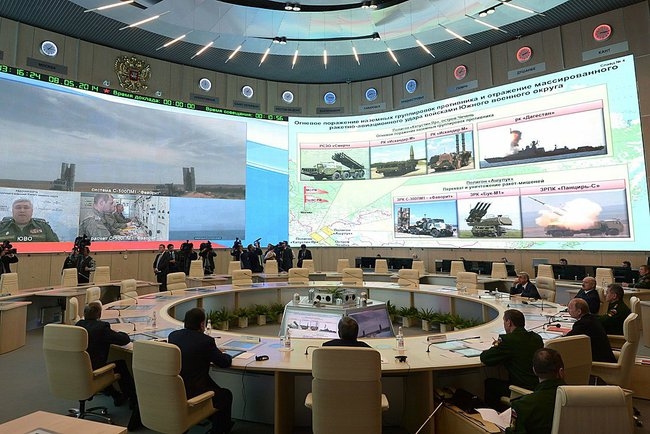 Russian President Vladimir Putin convened an "informal" summit of his allies in the Collective Security Treaty Organization last week as Moscow faced continued international isolation over its role in the Ukraine crisis. But the event only highlighted the misgivings of Russia's foreign policy direction, even among its closest allies.

For one, there was the absence of Nursultan Nazarbayev, president of CSTO member Kazakhstan. Kazakhstan is the CSTO member with the most international stature (outside of Russia); with Kazakhstan the group hardly presents an impressive front; without it, remaining CSTO allies Armenia, Belarus, Kyrgyzstan, and Tajikistan are an even more motley crew.

And Nazarbayev's excuse was one unlikely to elicit understanding from the Kremlin: he had to stay in Astana to meet with U.S. Deputy Secretary of State William Burns. And Burns, after meeting with Nazarbayev, told the local press that he had brought the message from Washington that "so long as Russia continues down its current dangerous and irresponsible path, we will continue to work with our international partners to apply steadily increasing counter-pressure." The jilted CSTO allies continued on undaunted; It seems the words "Nazarbayev" or "Kazakhstan" were not uttered at the meeting, in public anyway, and the Kremlin account did not mention the fact that it was called under the auspices of the CSTO (though the CSTO itself did).

At the meeting itself, there were hardly strong words of support for Russia's actions in Ukraine, even in the public remarks, which generally took diplomatic "call on all sides to reduce tension" language. And on other CSTO issues, there was an open airing of grievances. Tajikistan President Emomali Rahmon took the opportunity to chide his allies for not coming through with promised military aid to strengthen the border with Afghanistan:

In September of last year at the CSTO summit in Sochi... we decided to fortify the border between Tajikistan and Afghanistan. In line with that resolution, the first batch of military technology was to be provided by the CSTO within 3 months of the Sochi summit. Unfortunately, this has not been done.

Presidential elections already took place in Afghanistan. I believe the second round will be held on May 24-25. I would like to say to my colleagues here that back then, we made a very serious decision and we should act on it.

And his Armenian counterpart, Serzh Sargsyan, complained that CSTO members don't always put up a united front to the world. "Armenia feels it is absolutely necessary to align our positions on issues of greatest importance to CSTO member states when discussing them within international and regional organisations." Sargsyan went on to talk about Ukraine; it seems he was criticizing CSTO members Kazakhstan, Kyrgyzstan, and Tajikistan for failing to support Russia in the recent United Nations resolution condemning the Crimea referendum. But it also seemed to echo Armenia's previous complaints that some CSTO members side with their Turkic brothers in Azerbaijan rather than their CSTO ally Armenia over the issue of Nagorno Karabakh.

Anyway, it's not clear what Russia is expecting from its CSTO allies in Ukraine. Putin, in his public remarks, didn't even drop a hint, and the military exercises that the presidents observed involved a scenario of a large-scale nuclear attack on Russia, which is alarming, but 1. doesn't relate to Ukraine and 2. would be a situation in which the CSTO allies wouldn't be able to do much to help.

The CSTO already has sought to reassure its members that they won't be forced to participate in any kind of military intervention in Ukraine. Interestingly, just before the meeting, a Russian think tank head floated the idea of sending CSTO peacekeepers to Ukraine. (Though, he also proposed peacekeepers from the BRICS countries -- that is, China, Brazil, India and South Africa -- suggesting his sense of what is feasible is not strong.)