Moscow wants to heavily constrain Washington's scope for action, however. 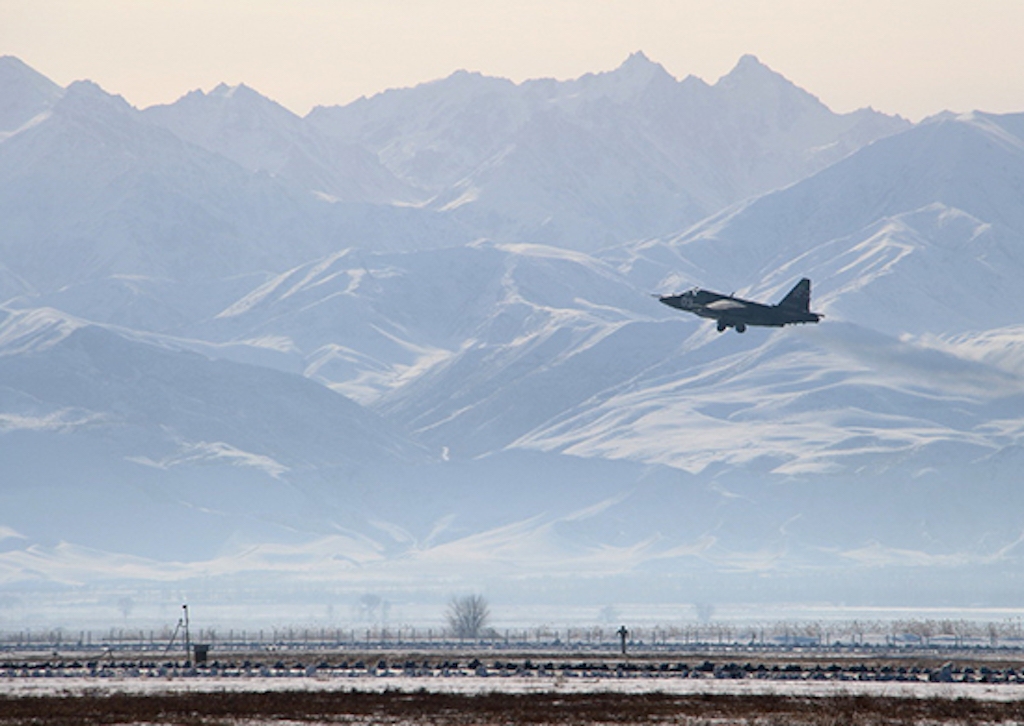 Kant airbase in Kyrgyzstan is one of the presumed bases potentially being offered to U.S. forces. (Photo: Russian Defense Ministry)

Russia has reportedly consented to allow the United States to use its bases in Kyrgyzstan and Tajikistan for limited security operations in Afghanistan, according to a newspaper report over the weekend, although mutual suspicions may scupper any cooperation before it can begin.

The countries in question, meanwhile, are not known to have been consulted directly about the idea and have so far issued no public comment.

Kommersant daily newspaper on July 17 cited unnamed sources as saying that a proposal on how to utilize those facilities was aired during the June meeting in Geneva between Russian President Vladimir Putin and U.S. President Joe Biden.

The arrangement would involve U.S. forces using Russian bases in the two countries for pre-coordinated operations in Afghanistan. Another area for cooperation would be in the exchange of intelligence, including of data collected by drones, Kommersant cited its sources as saying, while noting that Russian bases in Kyrgyzstan and Tajikistan are equipped with close- and mid-range unmanned aerial systems.

“If the Americans are only interested in monitoring the situation in Afghanistan, they would accept this generous proposal. But they have not yet given a clear response, which raises suspicions that they have different ideas in mind,” the source told the newspaper.

Media reports about Washington seeking use of a military facility in Central Asia from which its forces could launch operations in Afghanistan have been circulating since mid-April. The Washington Post has cited current and former officials in the Biden administration as saying Uzbekistan was being considered as a jumping-off location for drone operations.

Zalmay Khalilzad, the U.S. special representative for Afghanistan, visited Uzbekistan and Tajikistan in May for talks that will have featured security high on the agenda.

Going by their public pronouncements, though, Central Asian governments are playing it cool.

Uzbekistan’s Defense Ministry has cited the national defense doctrine to state that no foreign military base could be permitted on Uzbek soil. While this nixed the likelihood of U.S. troops being installed in a full-fledged facility, it does not rule out the prospect of the Uzbeks providing important logistical support.

A political analyst with close links to the Tajik ruling regime, meanwhile, has suggested that Tajikistan could agree to cooperation with U.S. forces only with prior consent from its partners in the Moscow-led Collective Security Treaty Organization, or CSTO.

Neither Tajikistan nor Kyrgyzstan had as of July 19 commented on the Kommersant report.

What has been filtered out through the Kommersant report indicates that Moscow is open to ideas, but that it wants U.S. forces to be strongly constrained in their scope for action and to provide detailed accounts of their operations. The Kremlin is evidently suspicious about reported American ambitions to establish a military footprint in Central Asia through the creation of structures variously described as logistics or training centers.

“This cannot be believed. It will be a screen. The Americans will start small and then expand,” an unnamed CSTO source told Kommersant.

The U.S. once had two important bases in Central Asia, both established in the wake of the terror attacks of September 11, 2001: Karshi-Khanabad, a Soviet-built facility at a location in Uzbekistan around 145 kilometers north of Afghanistan’s border, from which they were expelled in 2005, and the Manas air base in Kyrgyzstan, which ceased operations in 2014.

The sense of urgency about finding options is escalating in light of the rapidly deteriorating security situation across Afghanistan, large swathes of which have fallen into Taliban control.

Moscow has pinned the rapidity of the Taliban offensive on the way that U.S. forces have been pulled out of Afghanistan.

“In light of the hasty withdrawal of U.S. and NATO forces, uncertainty in the military and political situation in and around [Afghanistan] has increased sharply,” Russian Foreign Minister Sergei Lavrov said in a speech at a conference in Tashkent last week.

At the same time, the Kremlin evinces signs of being resigned to or even welcoming the prospect of a power-sharing arrangement in Afghanistan that would involve the Taliban movement at its core. Despite the group being deemed an illegal extremist formation by Russian authorities, a delegation of its representatives was warmly welcomed by the Foreign Ministry in Moscow on July 8.

“We received assurances from the Taliban that they wouldn’t violate the borders of Central Asian countries and also their guarantees of security for foreign diplomatic and consular missions in Afghanistan,” the ministry said in remarks relayed by the Associated Press.

Uzbekistan and Tajikistan too have in their own ways avoided casting the Taliban as even a potential antagonist, a fact that could lessen their willingness to be seen as partners in operations to degrade the movement’s offensive capabilities.