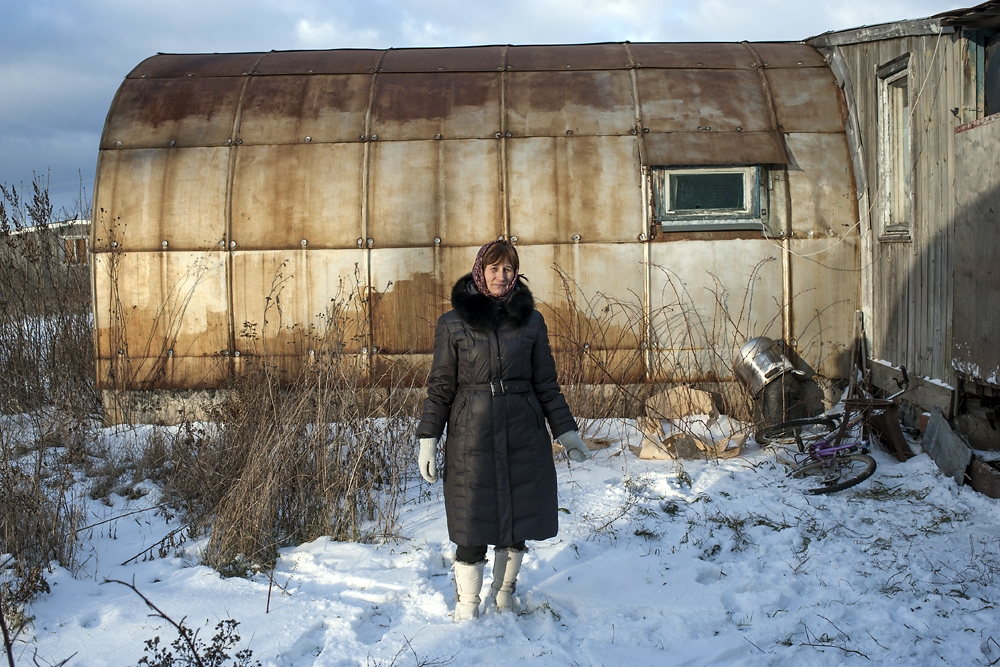 Lyubov Lyzhikhina, from Tajikistan, has lived in the Borisoglebsk settlement since 1998. 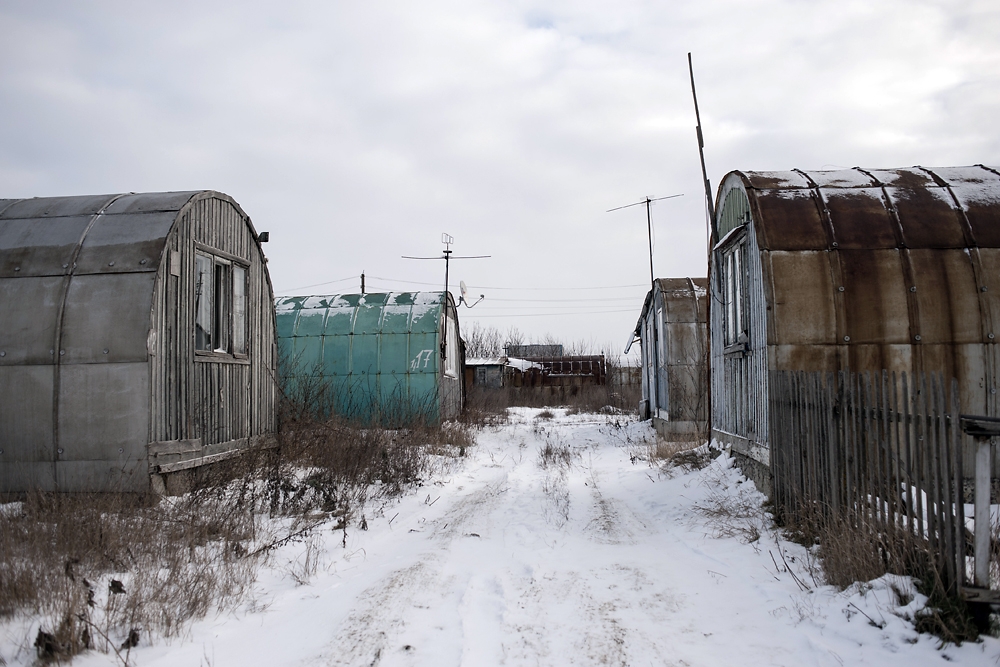 The settlement consists of temporary garden houses inhabited by refugees from Tajikistan and other Central Asian countries. 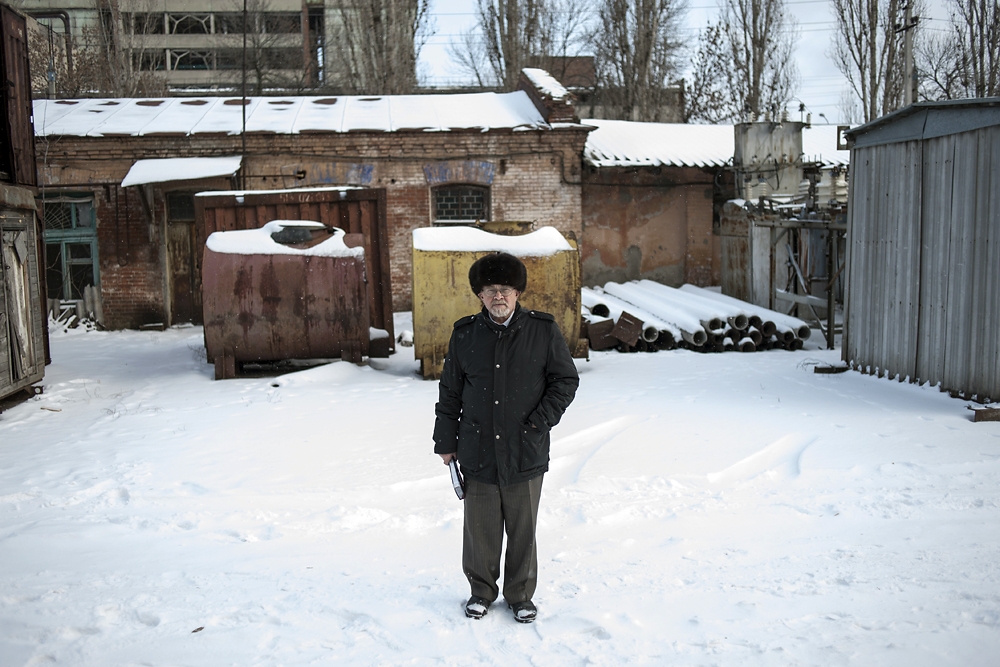 Boris Krasnov, from Tajikistan, cofounded KhOKO, a cooperative of design and construction businesses in Borisoglebsk. 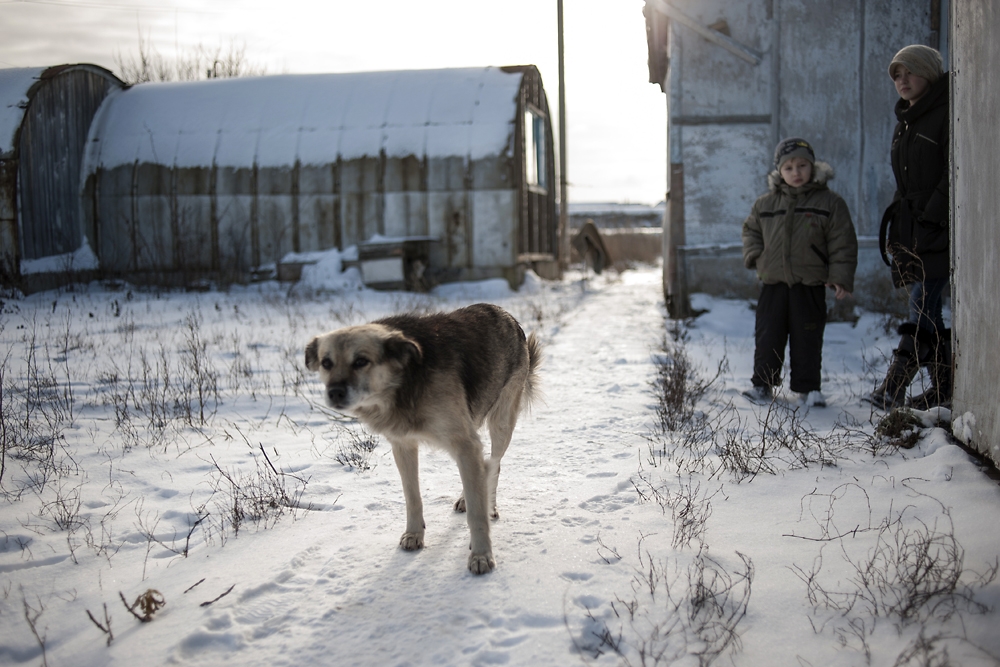 At its height, the settlement once had around 300 families living in the temporary structures. 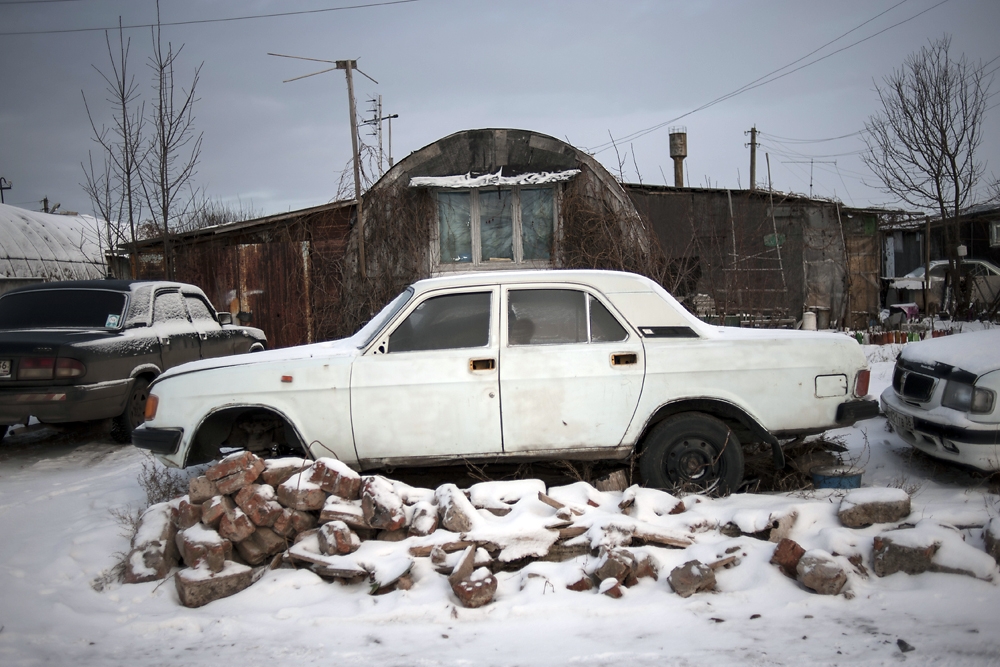 While most refugees were settled in apartments provided by the government, 27 families still remain. 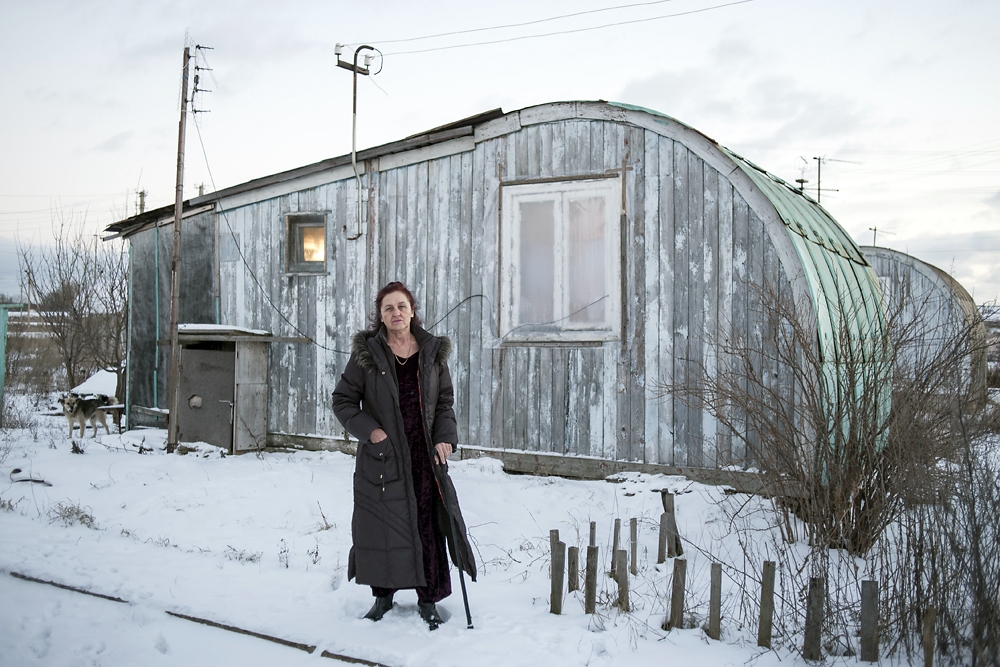 Elizaveta Portnova outside her home. 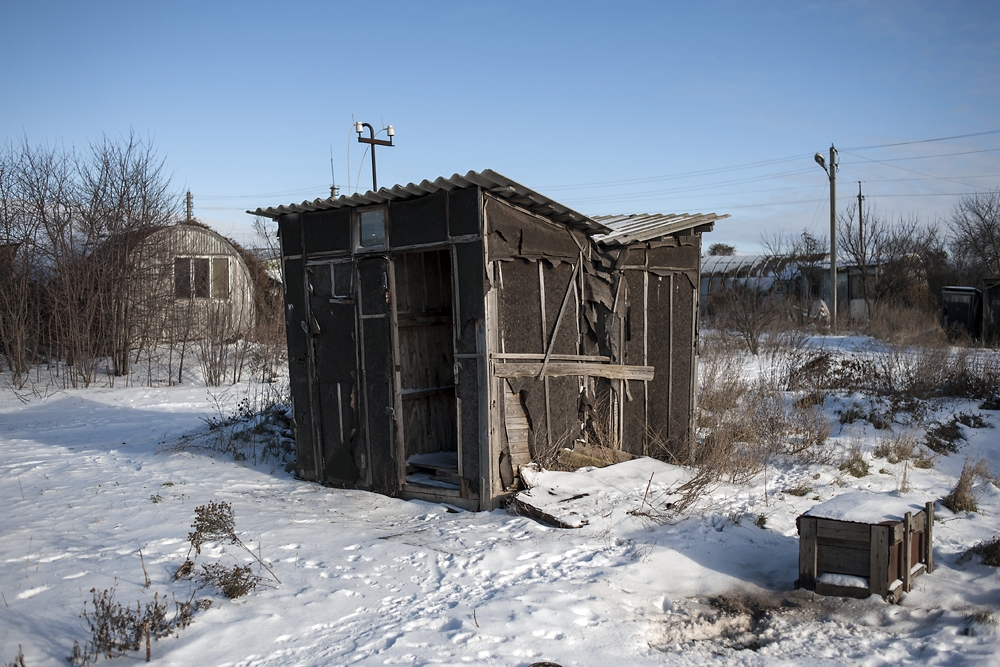 Shared outhouses serve as toilets because none of the structures have indoor plumbing. 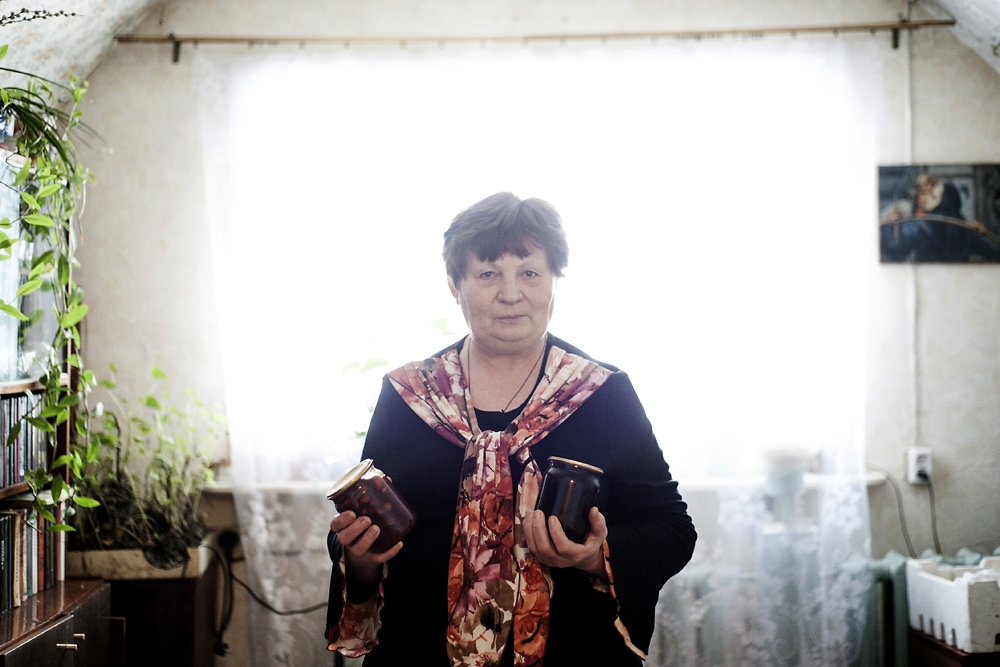 Natalia Zaitseva, from Tajikistan, moved to the settlement in 1993. 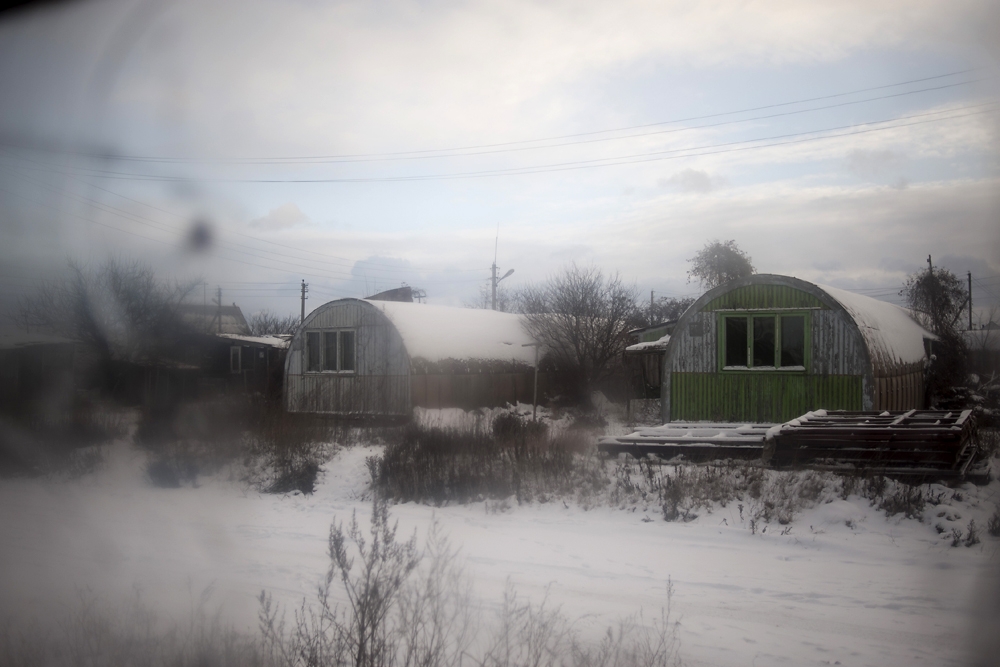 Many of the refugees that settled in Borisoglebsk fled the civil war in Tajikistan in the 1990s. 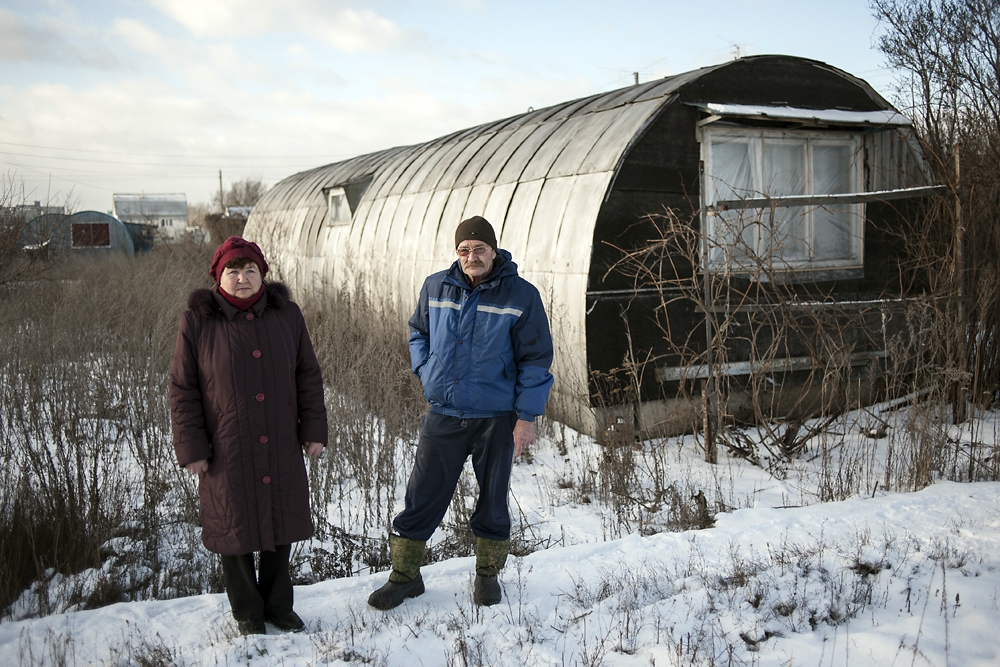 Sergey Karpunin and his wife Olga, from Tajikistan, moved to the settlement in 1992. 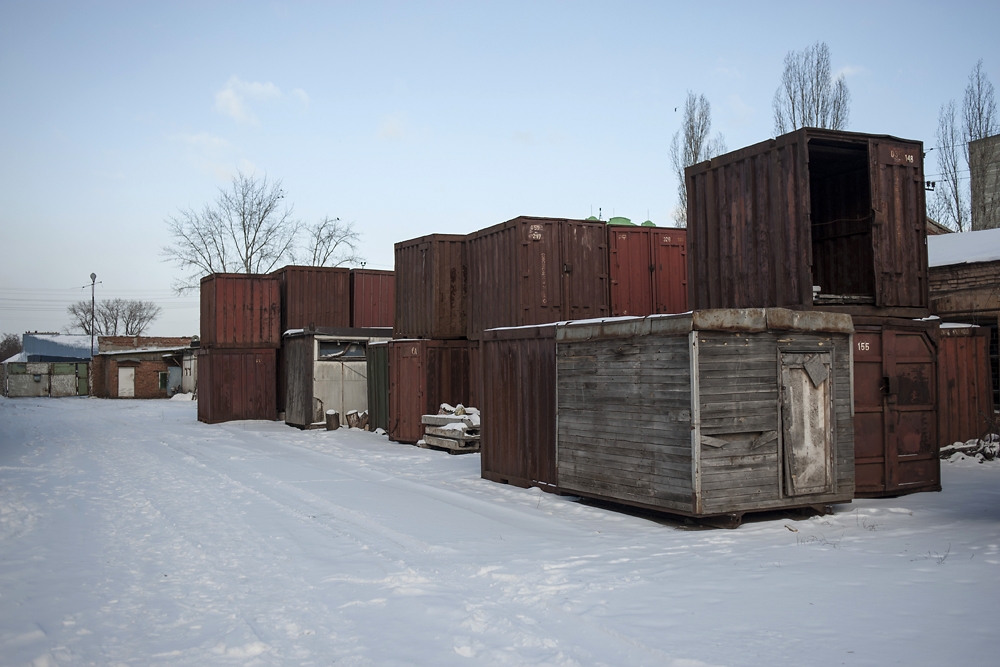 According to official documents, 303 people are still registered as residents of the settlement. 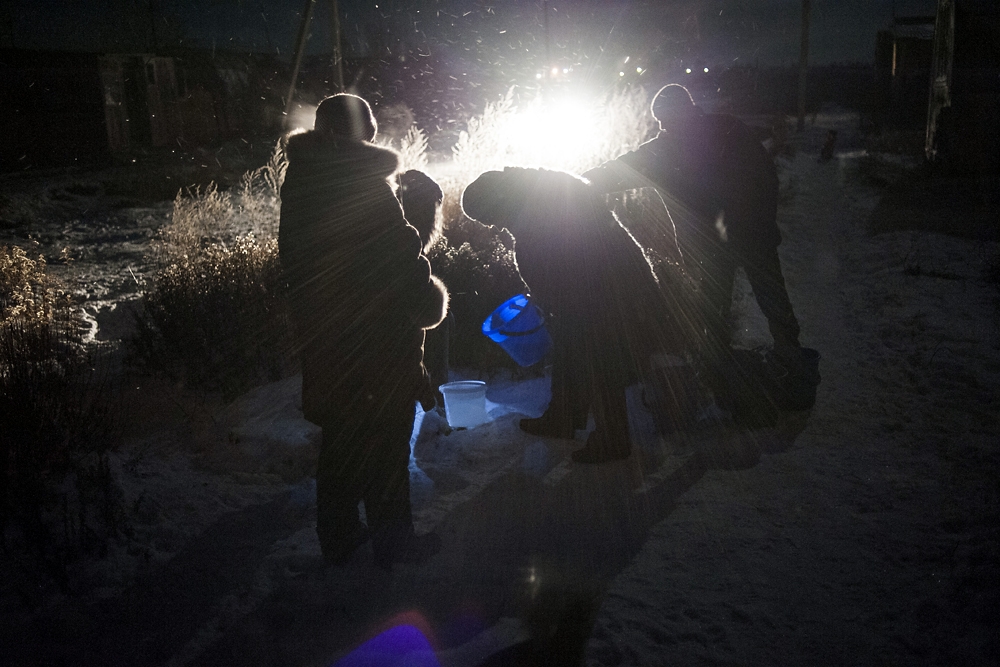 Water is supplied to the residents for two hours each day at a common pumping station. 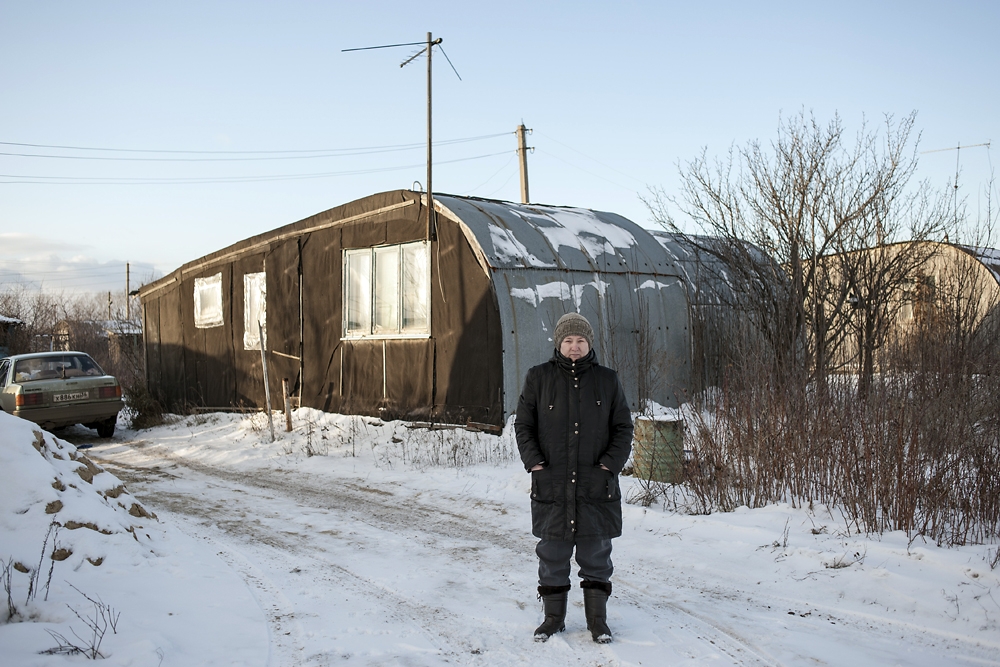 Anna Shabolinskaya, from Tajikistan, moved to the settlement in 1992. 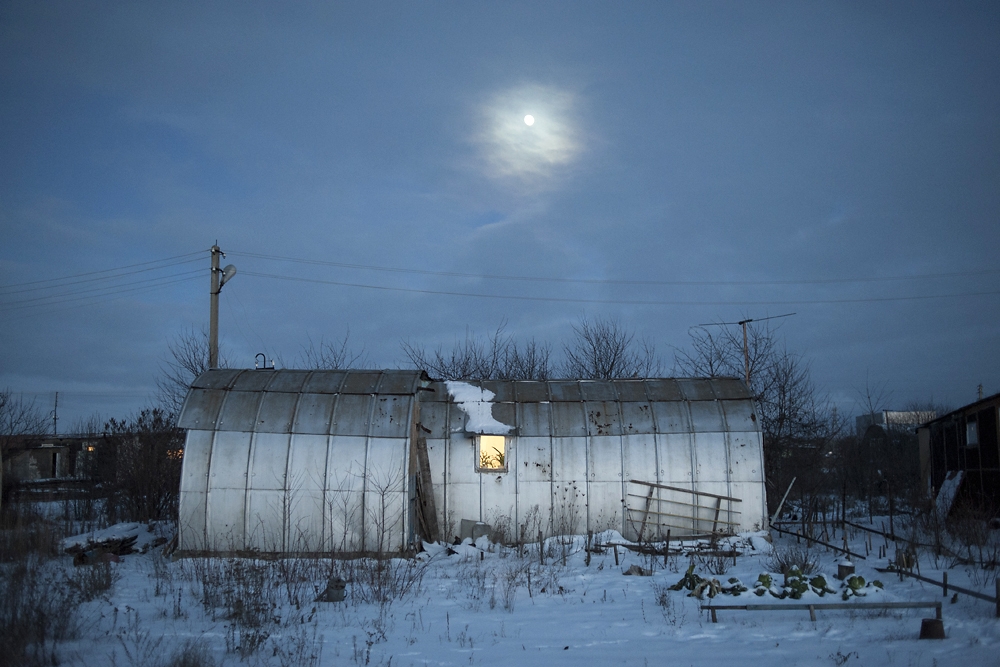 Although the residences have electrical heating, the settlement has no street lighting. 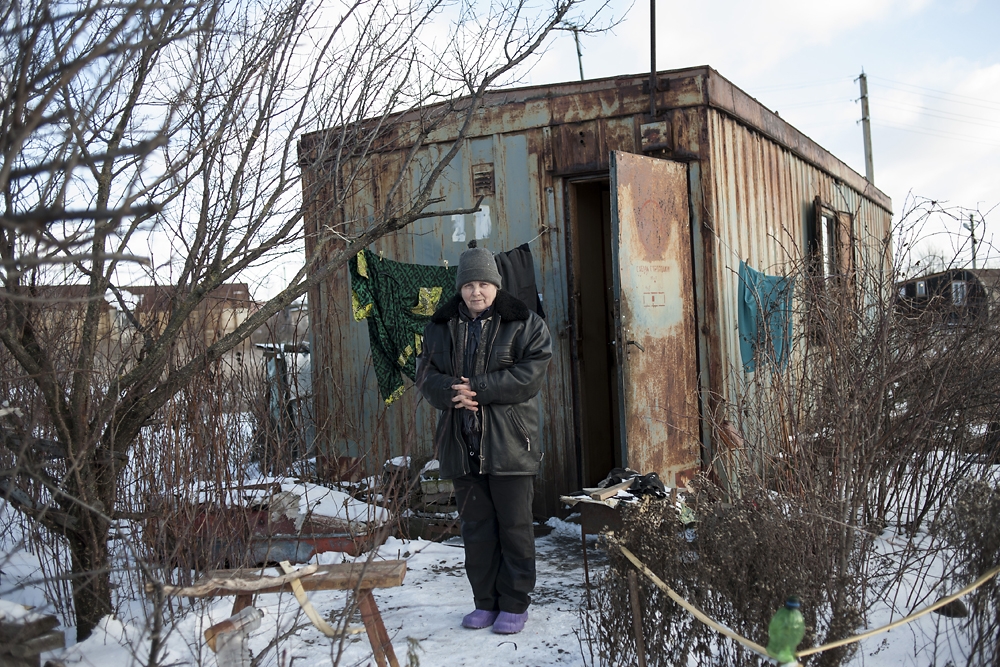 Valentina Sivushkina, from Tajikistan, moved to the settlement in 1994.
prev
next

The aluminum sheds were designed to be garden storage, a place to put something and forget about it. And for more than 20 years, these oblong barrel-like structures have housed a forgotten community of refugees.

They are ethnic Russians who fled Tajikistan’s civil war for a country that they thought wanted them. In an overgrown field outside the small town of Borisoglebsk, about 600 kilometers south of Moscow, some 300 refugees still inhabit the makeshift shelters.

Soon after Sergey Kapunin lost his house in the 1992-97 Tajik Civil War he decided to flee with his wife and three children. "We left that country behind for our children’s sake. We traveled in boxcars. The whole train was full of us refugees. And we spent a month awaiting departure because the railway was damaged and there were no trains,” Kapunin told EurasiaNet.org.

There’s no gas, no streetlights in the refugee community. Water’s available at a pump station down the road for two hours a day. The houses are heated by electricity, which is unusual in Russia because it’s expensive.

There were once more than 300 families with stories like Kapunin’s living in this field of metal “barrels,” as they call their homes. Within a few years of their arrival, most received apartments from the Russian state and left the shelters to fall to pieces, giving the community a haunted, post-apocalyptic appearance today.

The remaining 27 families are the unlucky ones who slipped through the cracks. Kapunin, for example, once missed the regular deadline to renew his refugee status by three months. Now, lacking valid documentation, he has no hope of receiving state assistance.

He never would have left Tajikistan if it weren’t for the war, which was part of the fallout from the Soviet Union’s collapse. In those days, even at the end of communism, the state provided a comfortable life: “We’d just received a big new four-room apartment from the state because we are a big family. The kindergarten and school were nearby. We even didn't have enough time to sell it.”

Kapunin and his neighbors came to Russia together. All were members of a design and construction cooperative, KhOKO, set up in the dying days of the Soviet Union at Dushanbe’s exhibition center, says Boris Krasnov, cofounder of KhOKO and the settlement. As Tajikistan descended into chaos, anti-Russian sentiment rose in the early 1990s, and many of the cooperative’s ethnic Russian employees left for Borisoglebsk, where the organization purchased the barrels.

For the first few years, KhOKO employees did odd jobs and produced handicrafts, while the cooperative shifted its emphasis to helping the refugees. Until 1996, Russia’s migration service assisted them; then responsibility for refugees shifted to the Interior Ministry, Krasnov says, and help stopped. “We felt the helping hand from the state. The migration service helped us refugees settle down and registered us. Then this function was moved to the Interior Ministry,” Krasnov told EurasiaNet.org, and all help stopped.

Olga Vasileva was a human resources manager at KhOKO. Her late husband was a company driver. When they arrived in Russia – after abandoning their apartment and spending all their money on transportation – her sons served in the army and received citizenship. Somewhere along the way she forgot to renew her refugee status and lost it, too. “It was only expired for about one month, yet I was unable to prove to immigration authorities that there was a serious reason for [my delay],” Vasileva explained.

For Vasileva and the others left behind, their only hope is the lumbering and bureaucratic Russian state.

“We were able to help 300 families get housing. But there are still 27 families without papers,” said Krasnov, the KhOKO cofounder. “We don't know what to do with them. We can write official letters, pay taxes for them, but we cannot change the state."