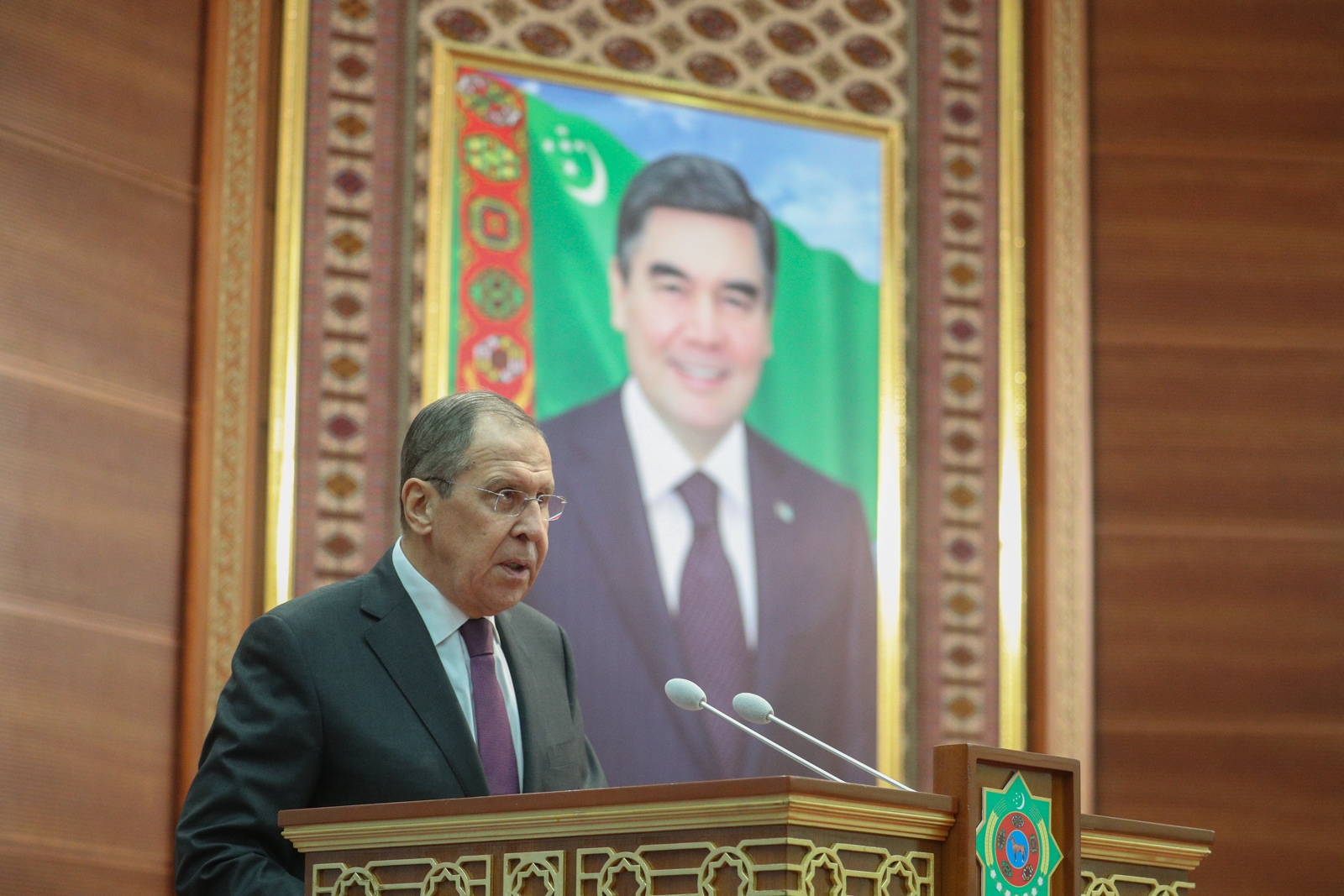 Anytime Russia’s top diplomat visits Central Asia, he looks like a man inquisitively passing his hand over the radiator in winter. Are relations warm enough? Too cold?

As ever, Foreign Minister Sergei Lavrov found things tepid. Sufficient to stay alive, but not enough to instill much cheer.

Much of the Central Asia policy bandwidth in Moscow was occupied in 2018 by thoughts of how to seize the momentum in Uzbekistan. President Vladimir Putin appears to have been successful in wowing Tashkent with his visit in October, which culminated in some $27 billion in commercial deals.

Nothing so ambitious can be assured for the rest of the region, although Russia is trying to make itself feel indispensable by half-heartedly dangling investment, economic assistance and security guarantees.

Talking about the Kyrgyz leg of Lavrov’s mission, Medet Tiulegenov, a professor at Bishkek’s American University of Central Asia, or AUCA, described it as merely “procedural.”

And yet the Russian foreign minister did produce some headlines. As he told reporters in a press conference after talks with his Kyrgyz counterpart, Chingiz Aidarbekov, Kyrgyzstan is eager to see Russia resume its involvement in hydroelectric dam projects.

“The main thing is to find an agreeable approach to these projects. Once we focus in on something, the chances of us reaching an agreement are quite high,” Lavrov said.

Aidarbekov confirmed that hydropower projects were discussed and expressed “deep interest” in Russian investments. This is not surprising since no other credible party has come forward in recent years.

There was a time when Russian companies were all-in on Kyrgyz hydroelectricity. In 2012, Russia’s Inter RAO UES committed to build the Kambar-Ata hydropower plant at a cost of $2 billion. The same year, another Russian industrial titan, RusHydro, signed off on a deal to build the Upper Naryn cascade, which was designed to produce almost 950 million kilowatt hours annually.

Both of those mammoth undertakings were suspended in 2015 amid economic crisis then gripping Russia. Bishkek and Moscow remained firm friends all the same, but the hurt feelings were evident.

Bishkek probably should not get too excited yet. Lavrov’s remarks were vague to the point of evanescence. When asked about another potentially existential project – the World Bank-backed CASA-1000 high-voltage power lines needed to export excess electricity to markets like Afghanistan and Pakistan – the Russian foreign minister was not encouraging.

“At an early stage, our companies expressed willingness to get involved in this project, but it did not go any further. When there is any talk of large and interesting projects, we are prepared to consider the conditions,” he said, sending somewhat mixed messages.

And yet Kyrgyzstan is eager to show it is a totally committed partner. It has done so lately by signaling willingness to host a second Russian military airbase, this time in the south of the country.

“Kyrgyzstan is trying to show that Russia is needed, especially with the uncertainty over the situation in Afghanistan,” Tiulegenov from AUCA told Eurasianet. “But it is not certain how Uzbekistan, even under its new leadership, would view a facility so close to its border.”

Lavrov summarily shot down the idea. “There has been no talk about this at the official level,” he told reporters in Bishkek.

But security was higher on the agenda when Lavrov flew into Tajikistan’s capital, Dushanbe, on February 5.

Russia’s contribution toward modernizing the armed forces of Tajikistan has centered on education. As Lavrov said while in Dushanbe, around 2,370 Tajik military personnel have undergone training in Russia. Another 600 Tajiks are doing courses at Russian Defense Ministry colleges.

Another more mischievous strand of Russian security policy in Central Asia has been to routinely sow panic about the imminence of chaos spilling over from Afghanistan.

The latest such attempt came on January 28, when Russian Deputy Interior Ministry Igor Zubov claimed sensationally that “huge numbers of Islamic State militants are being dropped off on the border with Tajikistan by helicopters coming from Pakistan.” The reckless and seemingly unfounded assertion was quickly rebuffed by the border service in Dushanbe, which reported that it had no information about any Islamic State fighters assembling on the border.

The need to maintain this background mood of alarm stems from Russia’s determination to maintain its military presence in Tajikistan for the long-term and even to enhance the regional strategic value of those troops. Installation of the Iskander-M short-range ballistic missile system in the country has given it a precious ability to project its raw power in the region.

Less eye-catching business in Dushanbe included the signing of the bilateral cooperation agenda for 2019. The overall picture speaks to Russian diplomatic forays in Tajikistan remaining narrow in scope.

The lack of purpose looks even more pronounced in Turkmenistan. The official pronouncements were characteristically upbeat and lacking in actual substance. Turkmen Foreign Minister Rashid Meredov trotted out a hackneyed line about wishing to “expand [Turkmenistan’s] multifaceted ties with Russia.” Lavrov responded in kind after his meeting with the Turkmen president, opining that Ashgabat was evidently eager to build on the bilateral strategic partnership sealed in 2017.

All well and good, but the only thing Turkmenistan wants or needs is money. Specifically in the form of payment for its natural gas, which Gazprom stopped buying at the start of 2016. All Lavrov’s visit produced was a throwaway line about how negotiations are still ongoing, which does not sound promising at all.

Chris Rickleton in Almaty, Kazakhstan, contributed to this report.