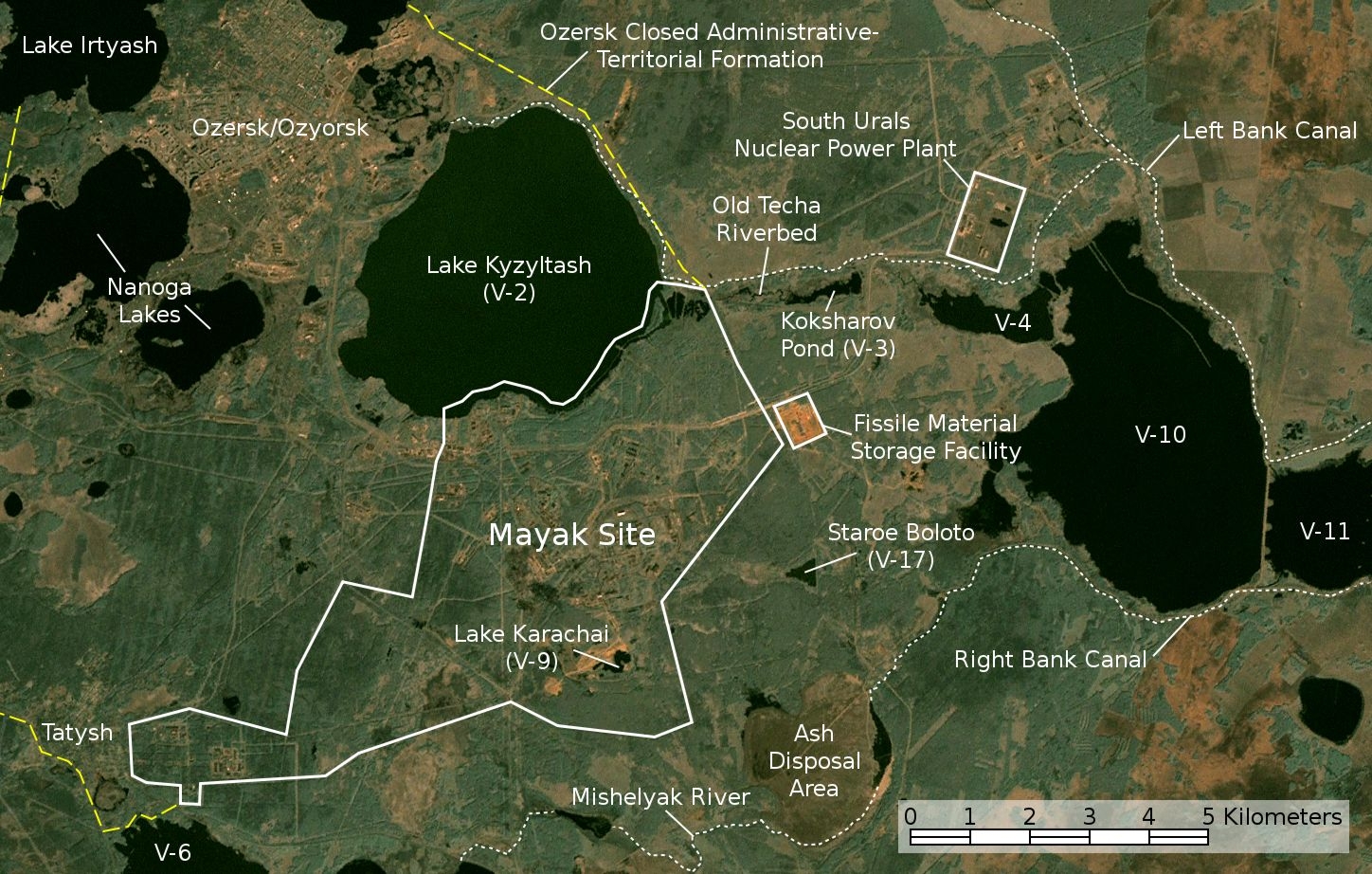 Confronting one of the most hazardous environmental legacies of the Soviet era, Russian authorities are taking steps to clean up a decades-old problem posed by nuclear waste in Arctic areas.

On October 31, officials sent a second shipment of spent fuel rodsfrom Andreeva Bay near the Norwegian border to the Mayak reprocessing plant in Ozersk, the closed city in Chelyabinsk Oblast that served as the cradle of the Soviet nuclear weapons program. The first delivery of nuclear waste occurred in June.

The cleanup has been partially funded by European countries and Japan, with Norway alone contributing $230 million since the mid-1990s.

The problem is vast: there are still 26,000 containers of waste in northern Russian locations waiting to be reprocessed, along with thousands of containers of nuclear waste, reactors, and decommissioned nuclear submarines offshore. Many storage facilities in the north have been in use long past their intended lifespans, and leaks of radioactive material into the surrounding soil are well-documented.

Two of the most dangerous hazards are two nuclear submarines - a K-27 and a K-159 - languishing in Arctic waters. Combined, the two subs contain nearly 900 kilograms of highly enriched uranium fuel.

Russia reprocesses nuclear waste to extract usable plutonium and uranium so it can be reused as fuel. But this presents additional risks from transporting and storing this fuel, which activists say has often been handled without sufficient care for the local population’s well-being.

For officials, addressing Russia’s nuclear waste issue has become an increasing priority in recent years – at least when it comes to their rhetoric. In 2014, for example, at the 58th General Conference of the International Atomic Energy Agency, the then-director of Rosatom, Sergei Kiriyenko, stated that Russia planned to clean up its nuclear waste within 20 to 25 years. This fall, Rosatom and the Nuclear Safety Institute of the Russian Academy of Sciences announced the creation of a journal devoted to nuclear waste management.

Concrete action has been stymied by a lack of funding and ongoing disputes over who exactly is responsible for creating the problem. Under a plan approved in 2007, the Andreeva Bay area was supposed to have been cleaned up by 2017, yet the process began in earnest only this year, and funding for removing submerged nuclear materials from Arctic waters will not be available until at least 2020.

With the cleanup process now gaining momentum, questions are starting to be asked about whether Russia’s existing reprocessing and storage facilities in the Urals and Siberia can handle the growing volume of nuclear waste coming from the North. The Ozersk storage facilities can accommodate 200,000 cubic meters; besides that, a facility in Novouralsk that opened in late September can contain 53,000 cubic meters of waste, and one in Seversk in Tomsk Oblast can hold 150,000 cubic meters. Three more facilities that would roughly double this projected storage capacity are in the early planning stages.

Environmental activists have called for facilities in the North to be upgraded to deal with reprocessing nuclear waste in order to reduce transportation risks. Nadezhda Kutepova, an activist who opposes the shipping of nuclear waste to Mayak, also contended in a recent interview with the Barents Observer that conditions at the Mayak plant pose a significant hazard to area residents. The facility was the scene of one of the worst nuclear accidents in history, when a storage facility exploded in 1957, spreading radioactive contamination over a wide area.

The Mayak facility also has been in the news recently, as European monitors believe it could be the potential source of a mysterious cloud of ruthenium-106, a radioactive isotope, detected in elevated concentrations over Europe. After weeks of denials, Russian authorities have acknowledged that elevated levels of ruthenium-106 had been detected in and around Ozersk. Mayak officials have denied that the plant is the source of the problem. Ruthenium-106 is found in spent nuclear fuel.

Rosatom officials and Norwegian authorities supporting their work say that the safety situation at Mayak has improved significantly since the mid-20th century, and that Norway has overseen an overhaul of safety procedures at Mayak.