Under the new regulations, all foreign workers must undergo fingerprinting and extensive medical exams within 30 days of arrival. 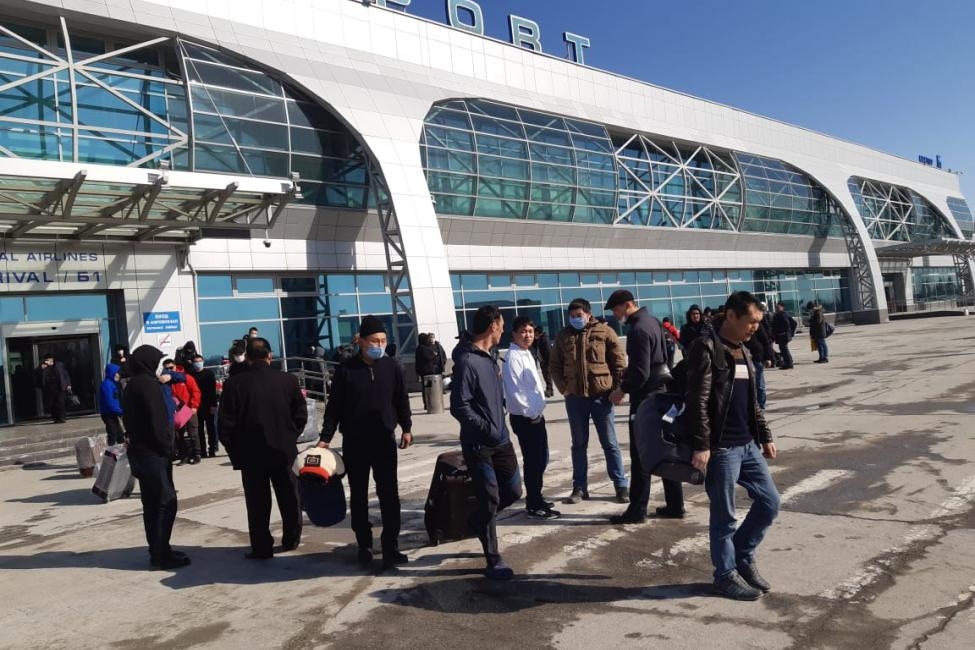 Labor migrants arriving in Russia must not undergo a grueling series of procedures to regularize their status. (Photo: State Migration Services of Kyrgyzstan)

A series of changes to Russian federal legislation on migration announced in late 2021 have resulted in worry, frustration and confusion among foreigners working and residing in the country.

Under new regulations that came into force on December 29, all foreigner workers are required to undergo fingerprinting and extensive medical exams within 30 days of arrival in Russia. While residence permit holders and foreign workers with labor patents – the Russian term for a temporary work permit – had already been required to undergo medical testing in the past, all foreign citizens and their families (with the notable exception of Belarusians) are now forced to complete thorough medical examinations.

The mandatory medical exam includes testing for HIV, tuberculosis, venereal diseases, drug use and COVID-19. As part of the drug screening procedure, migrants are examined by a psychiatrist for visible signs of drug use, which according to the Russian Health Ministry includes suspicious symptoms ranging from “inappropriate behavior” to “sleepiness” and “agitation.” The new rules stipulate that all migrant children over the age of five must also be screened for drugs and sexually transmitted diseases along with their parents.

These expanded testing requirements and other procedural changes to existing migration laws are placing an additional burden on Russia's large population of Central Asian migrant workers.

After a significant drop in numbers in 2020 due to pandemic-induced travel restrictions, Russian government statistics show that over 7.8 million citizens of Kyrgyzstan, Tajikistan and Uzbekistan entered Russia for work in 2021. Comparable numbers of new and returning Central Asian labor migrants are expected to come to Russia in 2022 – all of them will be required to pay for these medical examinations at government-approved Russian medical centers before being allowed to work.

In Moscow, completing all the medical examinations can cost upwards of 6,200 rubles ($78), a significant sum for most labor migrants. Previously labor migrants who did not complete their health check on time could get away with paying a fine, but under the new rules anyone who fails to get tested or tests positive for an infectious disease or illegal substance during the medical examination will have their work permit automatically revoked.

Guliza, a seamstress from Kyrgyzstan who has worked in Russia for two years, is planning on returning to Russia in March, but she is concerned about the new migration rules.

“The cost and time needed for this [procedure] is infuriating. How are we [migrants] supposed to make a living? I already need to pay for my apartment, food, transportation, registration and now this medical exam," Guliza complained.

Labor migrants from Kyrgyzstan, who had been exempt from medical examination as citizens of a Eurasian Economic Union (EEU) member state, are now faced with an unexpected barrier to accessing what is supposed to be, at least nominally, a common labor market. With Russian medical institutions and testing laboratories already under strain due to the ongoing COVID-19 pandemic, the expansion of mandatory testing to migrants from EEU countries is proving a logistical nightmare.

“Migrants are doing everything they can to follow the new rules, but they don't know how to comply with them. There have already been several cases of employers laying off [migrant] workers because they have no idea how to keep them legally employed,” said Valentina Chupik, the executive director of the Tong Jahoni migrant rights group, who was herself expelled from Russia in September.

There has been little in terms of public communication from the government on the new regulations, leaving migrants and immigration lawyers in the dark about how these changes are supposed to be implemented on the ground. The confusing wording of the legislation seemed initially to suggest that foreign workers will need to retest every three months – information that has since been denied by the Health Ministry in a recently released public statement but remains on display in an official explainer posted on the official website of the St. Petersburg migration authorities.

In Moscow, labor migrants are forced to make two or three roundtrip journeys to an already overcrowded processing center located in Sakhorovo, a village located more than 60 kilometers outside of central Moscow. Other Russian regions simply lack the capacity, in terms of both medical staff and immigration officers, to process a much broader pool of new arrivals while labor migrants struggle to submit the required medical documentation within 30 days of arrivals given that according to the Health Ministry processing test results can take up to 18 working days.

“I really hope I'll be able to complete my health exam at a convenient location by the time I arrive in Moscow,” Guliza said after learning about the new difficulties facing Kyrgyz migrants arriving in Russia.

Images of thousands of Kyrgyz migrants queuing up at the Sakharovo processing center have resulted in calls by members of Kyrgyzstan's parliament for Russia to scrap these draconian regulations.

The Russian government has insisted that the new rules are a way to keep control over migrants from the EEU who have been able to work in Russia without a work permit. Having been recently appointed as the head of the Russian Security Council's commission on migration policy, Dmitry Medvedev has reiterated his support for mandatory medical testing as a way of ensuring that migrants "do not become sources of infectious and social diseases.”

“It’s outright extortion! If the country cared about the safety of its citizens, it would offer these services for free. Where are they getting their statistics about HIV, drug abuse and tuberculosis being rampant among migrants?” wrote a dismayed user named biykelek under a post discussing the new testing regulations on the Instagram page of an online forum for Kyrgyz migrants living in Moscow.

Yan Matusevich is a journalist and researcher with a focus on post-Soviet migration.