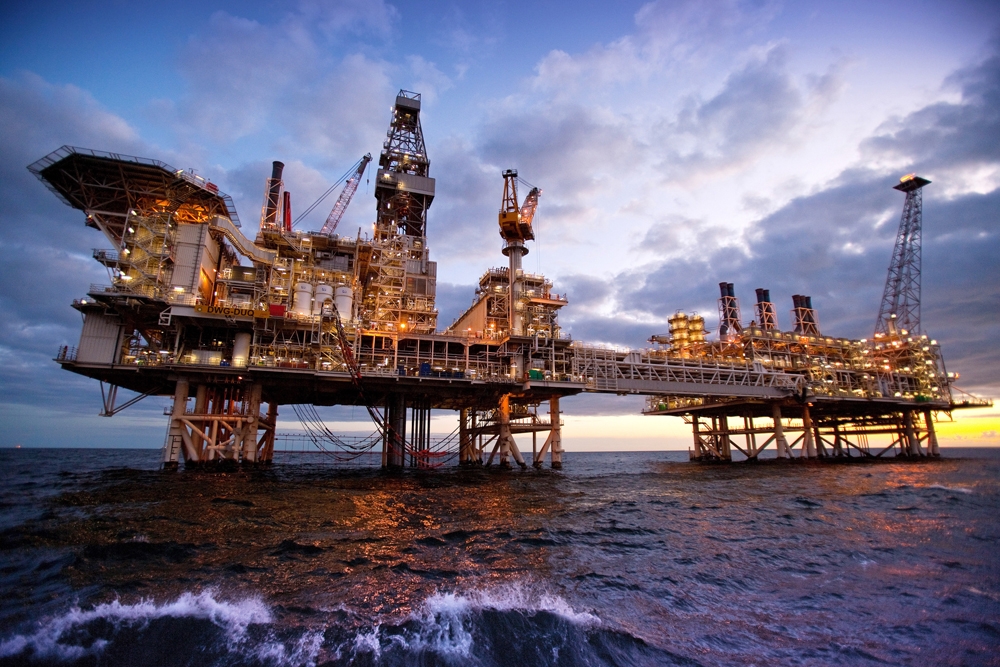 The Deepwater Gunashli oil and natural gas platform operates in the biggest oilfield in the Caspian Sea. As the EU begins searching for alternatives to Russian gas, energy analysts believe the Caspian could have enough to supply Western Europe, if Azerbaijan and Turkmenistan can agree on how to manage hydrocarbon resources in the region. (Photo: BP)

The Russia-Ukraine crisis is creating an opportunity for two feuding Caspian-Sea energy powers, Azerbaijan and Turkmenistan, to become export partners.

The latest signal that Azerbaijani-Turkmen relations might be heading for a thaw came on April 2, when Turkmen Foreign Minister Rashid Meredov paid an unexpected visit to Baku. The trip marked the first such mission by a high-ranking government official from either side since 2009.

Bilateral relations between the two states have never been great during the post-Soviet era. The two have haggled over three Caspian oilfields – Azeri/Omar, Chirag/Osman and Kyapaz/Serdar – and the disputes have hindered officials from finalizing a deal that would bring Turkmen gas to Western markets via a 100-kilometer-long Turkmen-Azerbaijani pipeline under the Caspian Sea.

Given the history of rancor, Meredov’s visit generated lots of local interest in Azerbaijan. Yet official accounts of the April 2 meeting gave little indication of where relations were headed. Meredov left without giving a news conference, while Azerbaijan’s Foreign Ministry merely expressed “satisfaction” with the status quo, and noted that a “wide exchange of opinions on many issues” had occurred.

Even so, some Azerbaijani observers view the encounter as significant. “The recent actions of Russia in Crimea bother all its neighbors and countries are trying to deescalate disputes,” commented Rasim Musabekov, an independent MP and political analyst by background. [Editor’s Note: Musabekov formerly served on the board of advisors to the Open Society Foundation-Azerbaijan, part of the Soros foundations network. EurasiaNet.org operates under the auspices of the New York-based Open Society Foundations, a separate part of that network].

The lack of an agreement between Turkmenistan and Azerbaijan ranks as a central obstacle to moving ahead with a Trans-Caspian pipeline. According to energy specialists, Azerbaijan already has much of the infrastructure in place at its biggest oilfield in the Caspian, BP-operated Azeri-Chirag-Guneshli.

In the wake of the Kremlin’s land grab in Crimea, the European Union is eager to reduce its dependency on Russian natural gas imports, which currently meet about one-third of the bloc’s needs. Western interest in Baku’s resources is accordingly rising, and officials and energy executives in the United States and EU are hoping for an Azerbaijani-Turkmen diplomatic breakthrough, which could have a profound impact on Europe’s energy export picture.

“Due to the Russia-Ukraine conflict, Azerbaijan’s importance for the United States and EU is growing and Baku is making its image stronger,” Baku-based energy expert Ilham Shaban said, noting, in particular, Western praise for Azerbaijan’s March 27 vote in the United Nations condemning Russia’s annexation of Crimea.

Even before the Crimea crisis erupted in late February, signs were emerging of a growing outreach campaign. In late 2013, the head of the EU mission in Ashgabat, Denis Daniilidis, commented that a deal between the two states was nearing completion, the RIA Novosti news agency reported. In January, Baku sent Azerbaijan’s spiritual leader, Sheikh Allakshukur Pashazade, to Ashgabat to deliver a letter from President Ilham Aliyev to Turkmen President Gurbanguly Berdimuhamedov. The two leaders talked by phone in late March and exchanged invitations for official visits, according to government releases.

While the early April meeting raised hopes further, there is still no certainty that Baku and Ashgabat will be able to seal a deal, cautioned Shaban.

Elhan Shahinoglu, director of the Baku-based Atlas research center, a non-governmental think-tank, concurred. Shahinoglu pointed out that Russia does not want to lose its stranglehold on EU gas supplies, and thus does not want to see Azerbaijan and Turkmenistan collaborate on a trans-Caspian pipeline. The Nagorno-Karabakh conflict could be a leverage point for Moscow. “If the prospect of large volumes of Turkmen gas deliveries to Europe bypassing Russia would become real, Moscow could use its influence on [its ally] Armenia and seriously destabilize the situation on the [Karabakh] frontline, making Baku step back” from the pipeline,” he predicted.

Armenian President Serzh Sargsyan’s April 8-9 trip to Ashgabat could be linked to the recent warming in ties between Azerbaijan and Turkmenistan, Shahinoglu added. “Yerevan and Moscow are not interested in a normalization [of relations] between Baku and Ashgabat and growing Western support for Azerbaijan,” he said.

The lack of accepted territorial boundaries in the Caspian Sea poses another major obstacle. Both Moscow and Iran would consider the construction of any underwater pipeline illegal. The use of military force to stop construction could not be excluded, Shahinoglu said, citing previous threats by Iranian warships. Musabekov expects, however, that Azerbaijan will pursue not only Turkmenistan for its pipeline plans, but Iran as well. Most likely, before the next summit of the five Caspian littoral states (Azerbaijan, Iran, Kazakhstan, Russia and Turkmenistan) scheduled to take place in June in the Russian city of Astrakhan.

Whether or not Azerbaijani President Ilham Aliyev discussed the Trans-Caspian pipeline with Iranian President Hassan Rouhani during his April 9 visit to Tehran is not known.

Musabekov, though, believes that Brussels should support any such outreach by Baku to Turkmenistan or Iran. “Because if Europe is realistic about alternatives to energy imports from Russia, then it is Turkmen and Iranian gas, and both could be delivered to the EU markets using Azerbaijan’s infrastructure,” he said.