Dushanbe is desperate to resume flights to Russian cities. 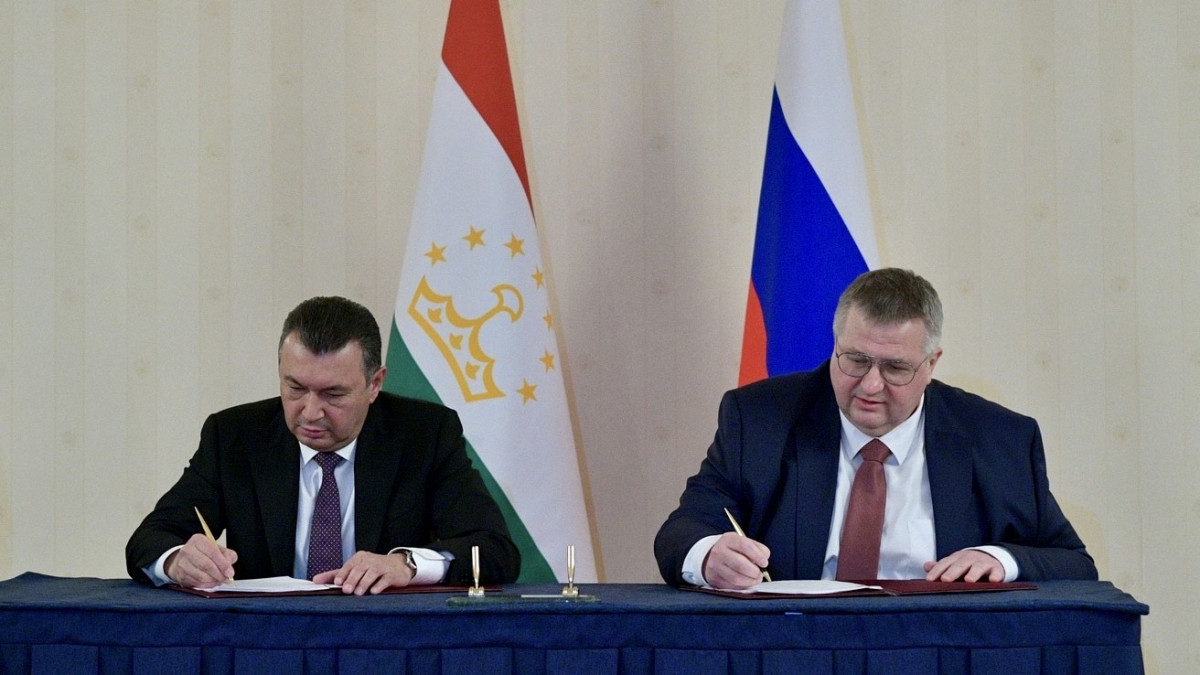 Tajikistan has come knocking again at the Kremlin’s door in a bid to restore transportation links interrupted by the coronavirus pandemic.

Russia is in no rush, however, and may be using the moment to pressure Dushanbe into considering membership in its Eurasian Economic Union, or EAEU, trading bloc.

Prime Minister Kohir Rasulzoda this week visited Moscow with the specific aim of easing life for labor migrants currently in Russia and those wishing to go there. The official agenda was broader, though.

On February 8-9, officials from both countries convened for the 17th intergovernmental commission on economic cooperation. Talks ostensibly focused on improving access for Tajik agricultural produce to the Russian market.

But COVID-19 was clearly the elephant in the room, as indicated by one key line in a Tajik Foreign Ministry readout of the talks.

“In light of the improvement in the sanitary and epidemiological situation in Tajikistan, Russia was invited to consider the issue of the present resumption of aviation links between our countries,” the ministry stated.

Tajikistan has boldly unfurled a Mission Accomplished banner in its fight with coronavirus. The success arrived in suspiciously rapid fashion. If throughout December, health authorities were routinely reporting 30 or so new cases daily – itself almost certainly a huge undercount – the figure since January 1 has usually been zero. This drop-off defies plausibility, but not understanding.

Declaration of victory over COVID-19 was announced in the televised New Year’s Eve speech delivered by President Emomali Rahmon, who boasted that “the coronavirus is almost extinct in our country.” The daily new infections bulletins then suddenly changed to reflect that reality.

The Tajik government’s desperate urge to persuade that its health crisis is over has one important target in mind: Russia. Remittances from labor migrants usually account for anywhere around one-third of the economy. The pandemic battered that pillar of the economy in 2020.

Russia Central Bank data shows that $1.2 billion was sent from Russia to Tajikistan in the first three quarters of last year – a drop of 37 percent on the same period in 2019. Tajik central bankers, meanwhile, claim the plunge was not quite so dramatic, but their data feels as useful and credible as that coming out of the Health Ministry.

Rasulzoda’s treatment in Moscow inspired scant hope of a turnaround. He was met only by Russian deputy Prime Minister Alexei Overchuk and the intergovernmental meeting drew attendance from second-tier representatives from the Russian ministries.

And Moscow is not taking Tajik claims on its COVID-19 victory at face value. The Russian government has said its Rospotrebnadzor health watchdog will undertake a visit to Tajikistan to assess the country’s epidemiological situation. No dates for any such mission have yet been announced.

The question of how Russia is handling the resumption of flights is also not encouraging. Connections with countries like Kazakhstan, Kyrgyzstan and Belarus have returned to something like normality, although the coronavirus situation in those countries is far from ideal. Denying Tajikistan the same privilege looks like a calculated snub.

Of course, the difference between those countries and Tajikistan is that they are all members of the EAEU.

Kremlin-friendly media has strongly hinted that changing this state of affairs would be Dushanbe’s best chance of avoid inconveniences now and in the future.

State-owned news website Sputnik, for example, cited one Yuri Shurygin, the head of the Moscow-based Association of Small and Medium Exporters, as saying that joining the EAEU would represent a “huge window of opportunity” for Tajikistan.

The point was made at greater length in a piece by the newspaper Nezavisimaya Gazeta, which did also note, however, that Tajikistan is holding out for as long as possible to extract “preferential terms.”

Tajikistan is in the unenviable position of having to choose between two short straws: either locking itself into a trading club for which it has shown no enthusiasm or seeing its migrant laborers continue indefinitely to endure hardship and humiliation.