Russia: With Progress On Nuclear Program, Iran Could Join SCO 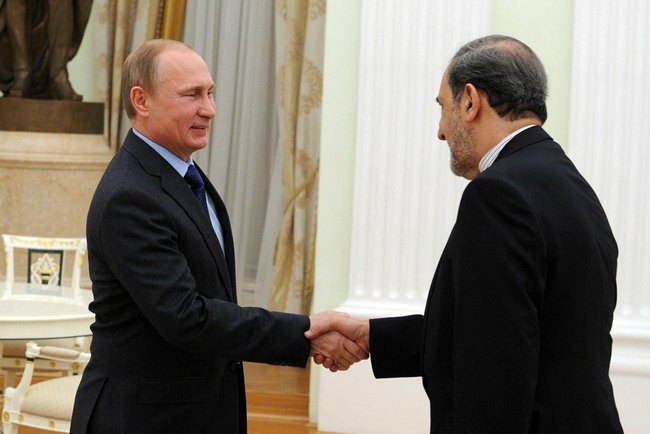 Iran may be admitted into the Shanghai Cooperation Organization this summer if it makes progress in resolving disputes over its nuclear program, Russia's foreign minister, Sergey Lavrov, has said.

It already seems clear that India and Pakistan, who have both long sought SCO membership, will be admitted at the organization's summit this July in Ufa, Russia. Iran -- which also has been trying for years to enter the SCO -- has been hampered by the fact that it is under international sanctions related to its nuclear program.

But when a senior Iranian official, Ali Akbar Velayati, visited Moscow in late January, he reportedly gained the Kremlin's approval for SCO membership.

"Velayati’s Moscow trip might signal that some kind of a significant change in relations is about to take place. Iran’s Mehr News reported that in Moscow, Velayati was able to secure Putin’s approval for Iran to 'upgrade its status' in the SCO," noted regional analyst Alex Vatanka. "As an observer state in SCO, Iran has since 2005 unsuccessfully sought to obtain full membership in the organization, but perhaps the Russians are about to entertain the idea of Tehran joining the alliance. Along these lines, the state-run Iranian media have been busy hyping the prospects of an SCO membership for Iran."

In comments made Febrary 27, Lavrov elaborated on Iran's SCO prospects, and tied them directly to the nuclear program. "We are preparing to host the SCO summit in Ufa whose participants will discuss ways to deepen and flesh out cooperation projects in the SCO. The issue of expanding the SCO will also be on the agenda," he said. "I hope that progress in resolving the Iranian nuclear problem will allow us to consider this application as well. The SCO accession process is rather lengthy. A prospective member country will have to sign and ratify 20-30 SCO documents. But there is every reason to believe that a political decision on launching the SCO expansion process will be made in Ufa. We have reached consensus on this issue with our Chinese colleagues and other members of the Organisation."

Iran is currently negotiating with six world powers, including Russia and China, on a deal on its nuclear program. One wonders if SCO membership is one of the carrots being dangled in front of Tehran?

In any case, Iran's Fars news agency welcomed Lavrov's comments, and promoted the SCO in somewhat more aggressive, anti-American terms than China and Russia normally do: "As it stands, the SCO has started to counterbalance the US role in Asia. The organization is strengthening because the American policy towards Asia has been excessively tough and is aimed at suppressing their interests," the agency reported. "By giving green light to the admission of [new members], the SCO shows that it is organizationally developing and capable of upgrading itself and rejecting exhausted norms. Russia actively supports Iran’s membership because it will give a new lease of life to the most powerful organization in Eurasia, turning it into the center of power in global politics."