With Karabakh’s fate in the balance, Ruben Vardanyan takes office while suggesting a new framework for coexistence: living “next to” Azerbaijanis, but not together. 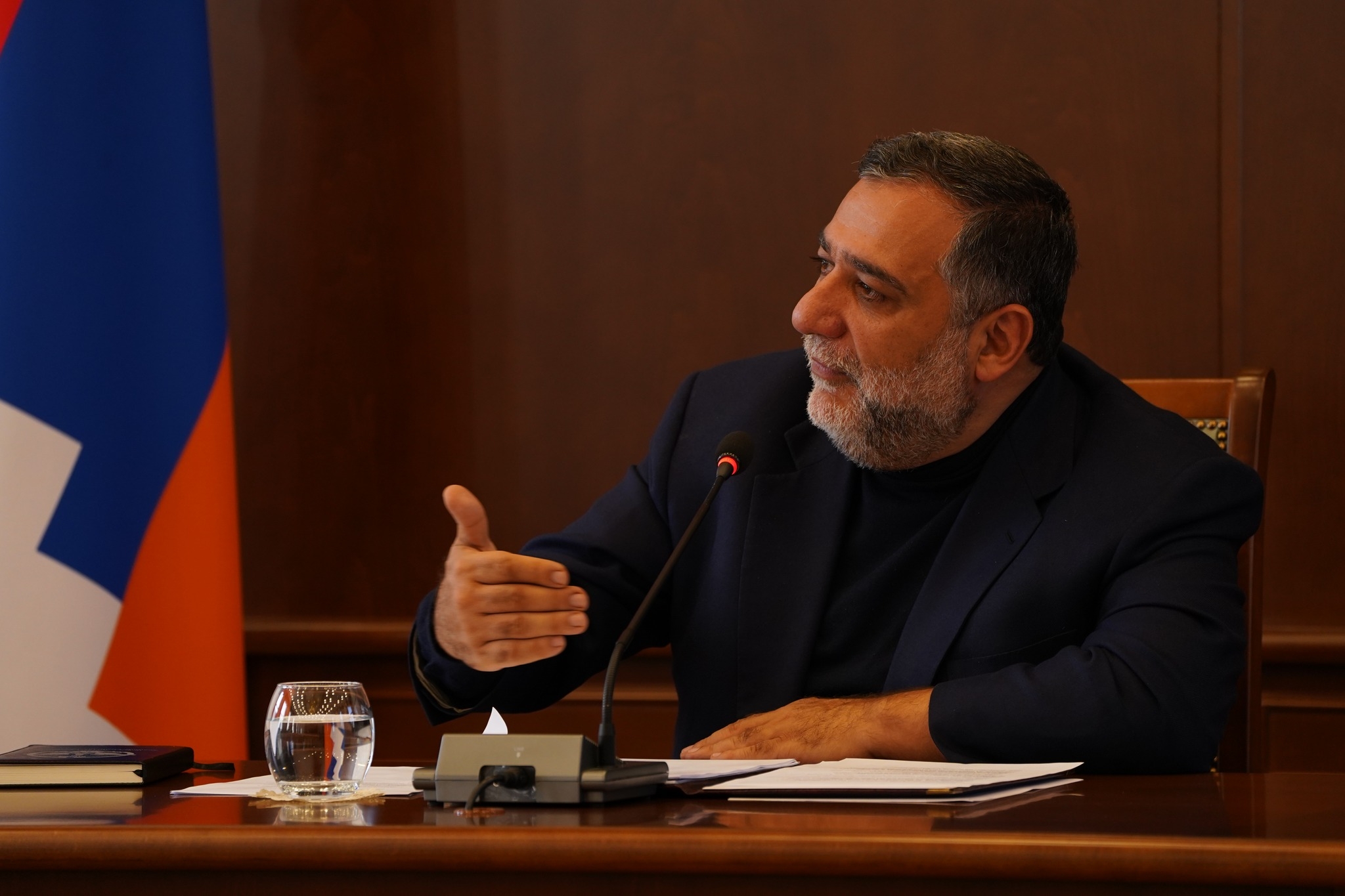 Ruben Vardanyan, a Russian-Armenian billionaire businessman and philanthropist, has assumed the position of state minister of the self-proclaimed government of Nagorno-Karabakh, promising to reorganize its administration while boosting the morale of the territory’s Armenian population.

Vardanyan formally took office on November 4, two months after announcing he was renouncing his Russian citizenship and moving to the territory.

He starts his new role with powers broader than those of his predecessor: He will oversee all de facto ministries and agencies except for the ministries of defense and internal affairs and the National Security Service. The man who held the post until now, Artak Beglaryan, oversaw only four ministries. And new constitutional amendments are in the works that could give Vardanyan even more power.

It all comes as Armenia and Azerbaijan have said that they intend to sign a peace agreement by the end of the year that could spell the end of Armenian control over the territory.

“My main goal … is to convince people that we are in an extreme situation, which is very dangerous and serious, to do everything possible to consolidate people and make them feel that they are a force capable of bringing about change, and that the people living here have a future, despite all of the challenges we face,” Vardanyan said in a video interview with Russian newspaper Kommersant just after assuming office. “We have to convince a significant number of people not just to stay, but to actively contribute to the development of Artsakh,” he added, using an alternative Armenian name for the territory.

The negotiations between the Armenian and Azerbaijani governments, with mediation by Russia and the European Union, are going on without the participation of the de facto authorities in Karabakh. According to information that has emerged from the processes, the Russian framework appears to envisage maintaining the status quo temporarily while the European version seems to be oriented toward restoring Azerbaijani control over the territory.

Amid this uncertainty Vardanyan has been promoting a new, if vague, formulation: living “next to” Azerbaijanis, but not “together.”

He first rolled out the idea in an interview with another Russian publication, RBC, in October, and then expanded on it with Kommersant.

“Learning to apply a model of coexistence with our neighbors is another major task, because the formula that I have suggested, to live next to each other but not together, means that we understand and accept the fact that we are close to people with whom we have a very complicated and tough relationship,” he said. “But we have to find the strength and willpower to learn to build a relationship with our neighbor. … in such a way that he understands that he should be more interested in coexisting rather than attempting to destroy us. And that is a difficult situation.”

Before moving to Karabakh Vardanyan, whose wealth is estimated at more than $1 billion, had been widely known for his philanthropic efforts in Armenia and Karabakh. He established the IDeA foundation, which carries out development projects and organizes the Aurora Prize humanitarian award, and established an outpost of the United World College, a prestigious prep school, in Dilijan.

His close ties with the Russian elite, including in the past with President Vladimir Putin, have fueled widespread speculation that he had been sent to Karabakh at the Kremlin’s behest to ensure that Russia maintained influence there. Following the 2020 war, Russia deployed a 2,000-strong peacekeeping contingent in Karabakh, but since the invasion of Ukraine the peacekeepers’ ability to fend off Azerbaijani advances has noticeably waned, fueling anti-Russian sentiments.

But speculation about a Kremlin plot is likely only that, said Tigran Grigoryan, a Karabakh Armenian analyst. “There are rumors in Armenia and Azerbaijan that Vardanyan was sent by Moscow, but those claims are not supported by any factual evidence,” he told the OC Media podcast. Despite some disgruntlement with the peacekeepers’ performance, Karabakh’s leadership has no choice but to maintain ties with Russia, Grigoryan argues.

“There are no actual motives for Russia to send someone to Karabakh as we don’t have any kind of anti-Russian government there. The security situation is completely dependent on Russia, so any government has to cooperate with Russia closely. There’s no need to send someone new to have political influence on the ground,” he said.

For his part, Vardanyan has repeatedly argued that the Russian peacekeeping contingent should be expanded, its term extended, and that it should be given a more detailed mandate.

Meanwhile, he has been forming a working team that aims to bring together different factions including people close to de facto president Arayik Harutyunyan, members of the Armenian ruling Civil Contract party, and former members of the administration of Armenian Prime Minister Nikol Pashinyan. He has suggested that there will be widespread shakeups, and in interviews has said he intends to appoint an entirely new slate of ministers.

While Vardanyan’s appointment has been seen as mostly positive by Karabakh’s Armenians, his appointment was received far more aggressively in Azerbaijan, where the de facto Karabakh government is seen as illegitimate separatists. Caliber.az, a publication associated with Azerbaijan’s Ministry of Defense, posted a video calling for Vardanyan to be “liquidated.”