The move comes as the fate of the de facto state appears ever more precarious, and it is not clear what Ruben Vardanyan’s wealth, authority, or Moscow connections might mean. 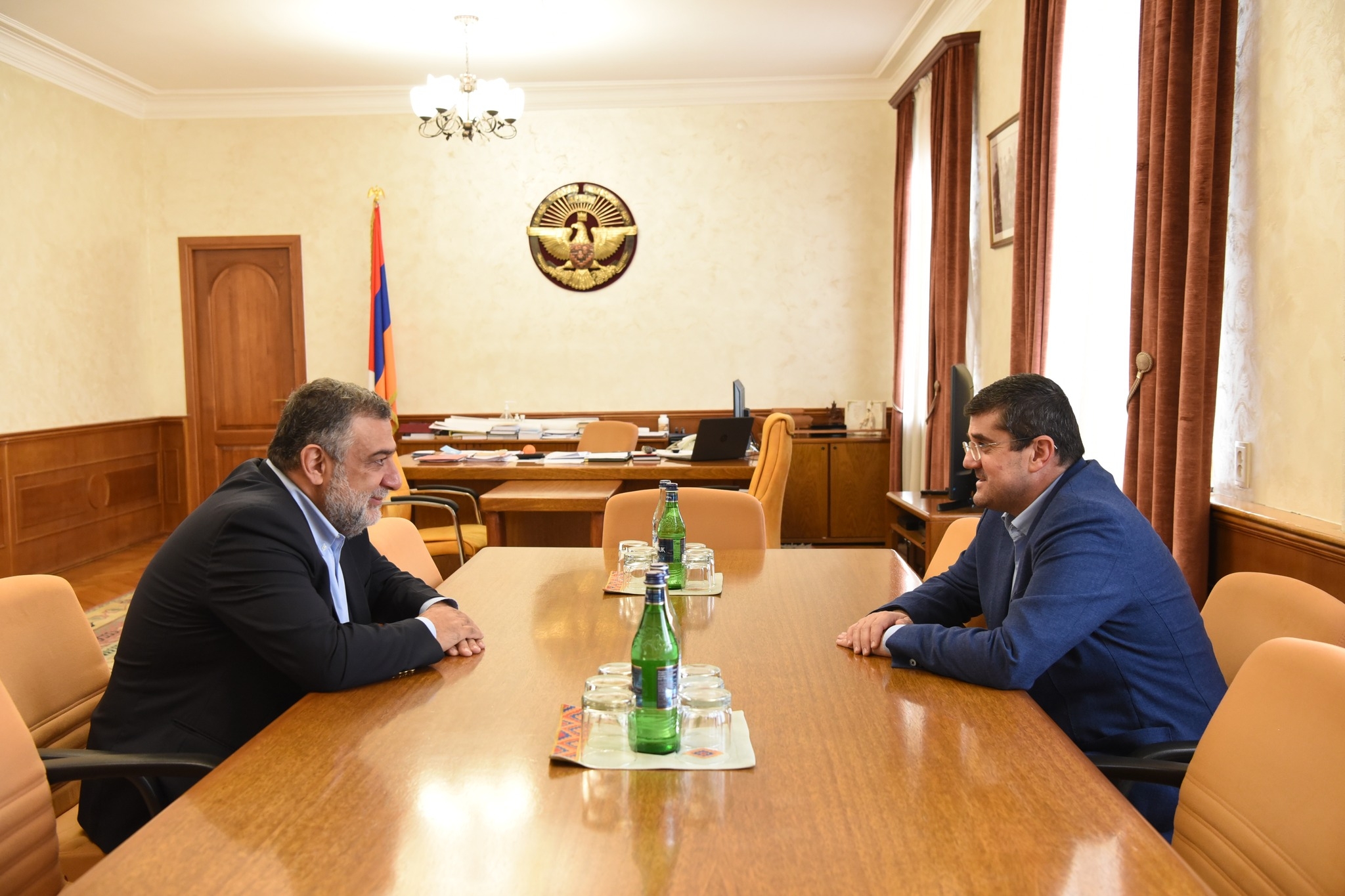 The de facto leader of Nagorno-Karabakh has offered Russian-Armenian billionaire and philanthropist Ruben Vardanyan the position of state minister, setting up Vardanyan for a significant role in the territory’s governance.

Arayik Harutyunyan, the de facto Nagorno-Karabakh president, announced the nomination on his Facebook page. “One can write a long story about Ruben, touch upon his courageous decisions, devotion to the Motherland and people,” Harutyunyan wrote on September 4, adding that he is “ready to grant him [Vardanyan] broad powers of making decisions and acting.”

Vardanyan has not publicly accepted the offer, but it is unlikely it would have been put forward were he not ready to accept.

“Saving Artsakh is the main goal of my life today,” he said in a Facebook post following Harutyunyan’s announcement, using an alternate Armenian name for Karabakh. “In this unprecedented situation, difficult decisions are required from all of us.” He said he would make his decision “in the coming days.”

Vardanyan, one of the most prominent members of Armenia’s global diaspora, announced on September 1 that he was renouncing his Russian citizenship and moving to Karabakh.

His arrival and looming appointment come at a precarious time for the self-proclaimed republic. After the war in 2020, in which Azerbaijan retook most of the territory it lost in the first war between Armenians and Azerbaijan in the 1990s, its territory shrank by roughly three-quarters. It is now protected by Russian peacekeepers, and its fate is deeply uncertain, as diplomatic negotiations are ongoing that appear poised to cede the territory to Azerbaijani control.

On October 3, the de facto Nagorno-Karabakh parliament issued a lengthy statement pushing back at potential diplomatic concessions by Yerevan. “Any document that may … limit the possibilities of international recognition of the right of the Artsakh people to self-determination and the results of its implementation is unacceptable for us, including the false agenda of its subordination to the principle of territorial integrity.”

Vardanyan, whose wealth is estimated at over $1 billion, is widely known for his philanthropic efforts in Armenia and Karabakh. He established the IDeA foundation, which carries out development projects and organizes the Aurora Prize awards for humanitarians, and established an outpost of the United World College, one of the most prestigious schools worldwide, in Dilijan.

“After the 2020 war, we Armenians around the world have an obligation to be together with the people of Artsakh,” he said in a video announcing his move to Karabakh. “We should not just offer moral support, but concrete help.”

He had given conflicting answers about his political plans. In an interview with the Russian edition of Forbes published shortly after his announcement, he flatly denied that he intended to take a government position.

“I want to have a complete freedom of action, including from a moral point of view,” he said. He called his primary function “creating conditions for building a successful society in Artsakh, which will have a strong economy and social institutions that will enhance the security of the country and the region.”

But in the same interview, he left the door open. He denied suggestions that his denunciation of his Russian citizenship had anything to do with international sanctions against Russia. “I’m not changing my citizenship because I won’t be able to engage in many affairs. But a situation may arise where I will consider it right to occupy a government position,” he said.

It is not clear what the position of state minister would mean in Vardanyan’s hands. Nagorno-Karabakh already has a state minister, a position akin to that of a prime minister, who coordinates the work of the de facto state ministries. But Harutyunyan’s mention of “broad powers” suggested that Vardanyan would be a more powerful figure.

The current state minister, Artak Beglaryan, welcomed Vardanyan’s appointment, and also suggested his successor would have more authority. “The decision to move to Artsakh is the best opportunity to effectively use his [Vardanyan’s] potential and understanding of the situation, the best mechanism for which, in my opinion, is to occupy the position of a state minister with broad powers,” Beglaryan wrote in a Facebook post.