The emblematic Georgian cheese pie would be the latest casualty of the ongoing crisis between Tbilisi and Moscow, if a Communist-backed proposal is implemented. 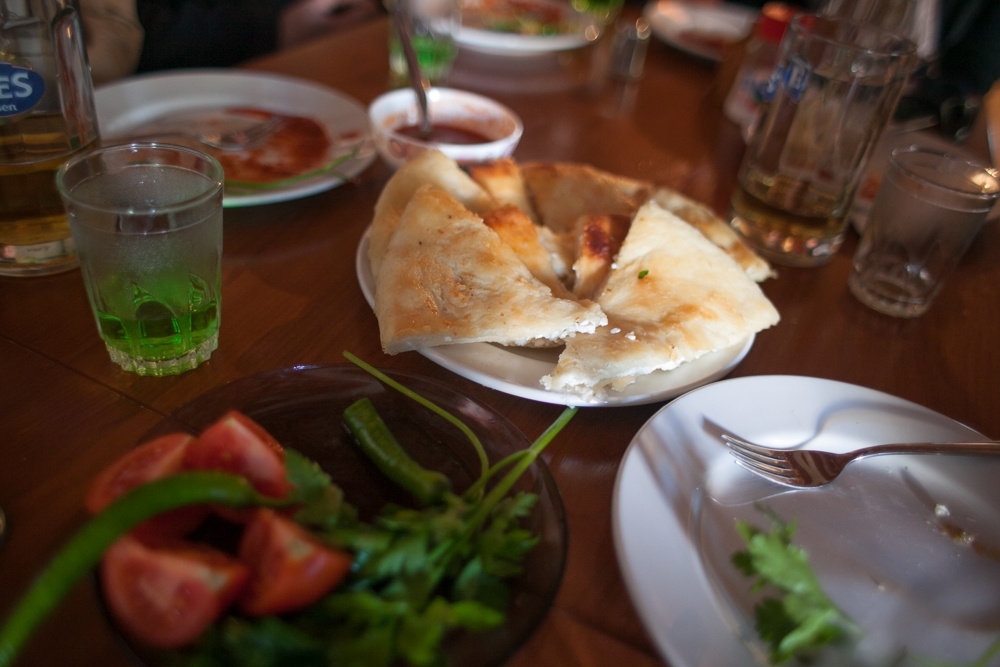 The iconic Georgian cheese pie, khachapuri, would be renamed "pyshka" under a proposal by Communist members of Russia's parliament. (photo: David Trilling)

As Moscow brainstorms ways to get back at its nettlesome neighbor, Georgia, some Russian politicians have proposed hitting where it hurts most: khachapuri, the iconic Georgian cheese pie.

Russia’s Communist Party has filed a motion with the Russian consumer protection agency to rename khachapuri to pyshka in restaurants across Russia. “Khachapuri is nothing but an ordinary Russian pyshka or pierogi, just made with a slightly different recipe,” declared Yaroslav Sidorov, a member of Communist Party of Russia

It is unclear when Comrade Sidorov last had any of the aforementioned snacks; khachapuri, most commonly, is a flat, savory pastry filled with cheese, while pyshka is an entirely different dish, essentially a deep-fried doughnut often filled with custard or fruit jam.

Details! Russian Communists might argue, as they seek to avenge the disrespectful treatment that a Fellow communist suffered recently in Georgia. Sergey Gavrilov, a Duma member from a larger Communist group, the Communist Party of the Russian Federation, was drubbed out of Georgia after making an ill-fated visit as part of an Orthodox parliamentary confab. Gavrilov was shown on television taking a seat in the speaker’s chair in the Georgian parliament as part of the conference, outraging Georgians who see Russia as their main enemy and occupier.

As a part of their gastronomic vengeance, Russian Communists also have called for replacing the term khinkali, another Georgian culinary staple, with the Russian pelmeni. These two meals are similar in the sense that they are both dumplings, though khinkali is larger, soupier, and spicier than its Russian counterpart.

The Communists’ idea is to end the Russian fascination with Georgian meals – Georgian food plays a role in Russia similar to that of Mexican food in the U.S. – until its southern neighbor stops defying Moscow. “In Russia we are effectively popularizing our enemy. Georgia is a small, but aggressive and petulant state, capable of any baseness and provocation,” Sidorov said. “We, in the meantime, have filled Moscow with khinkali restaurants.”

Georgian-Russian tensions, long poor due to Russia’s backing of the breakaway regions of Abkhazia and South Ossetia, took another sour turn following the Gavrilov affair. Matters only got worse when a popular Georgian TV host uttered a litany of graphic obscenities against Russian President Vladimir Putin.

Moscow has banned flights to Georgia and has considered picking additional food fights with Tbilisi in retaliation. The Russian Duma passed a resolution on special culinary-oriented measures against Georgia. “They can now give their wine and water pro bono to their NATO allies (they are not likely to pay for it),” tweeted Russian Senator Alexey Pushkov.

In the past, Moscow has banned Georgian wine and mineral water, Georgia’s primary exports to Russia, and many feared that the Kremlin could do it again. This time, though, Putin chose to play good cop and declined to implement the Duma-proposed measures against Georgia out of “respect for the Georgian people,” as he put it.

Given Putin’s restrained mood, it looks like the Communists’ would-be war on khachapuri will have to wait.