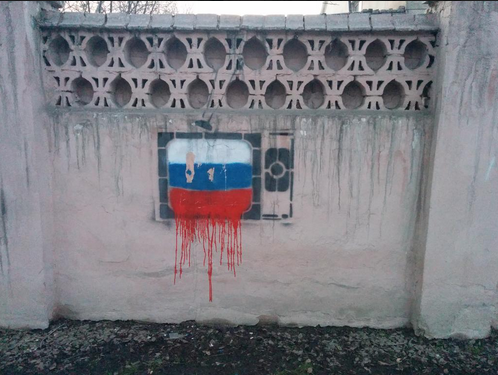 The gates of the Dastan factory in Bishkek in February 2015 (photo: twitter user @Bakai04)

Russia has apparently lost interest in a Soviet legacy torpedo factory in Kyrgyzstan that it has long sought to acquire, which officials in Bishkek say is the result of the Ukraine crisis.

The Dastan torpedo plant in Bishkek has been the source of extended negotiations between Kyrgyzstan and Russia. But the story seemed more or less over in 2013, when Kyrgyzstan announced that it would finally put the factory up for sale, and that Russia would be the buyer. Now, though, that seems to have fallen through.

According to Kyrgyzstan Deputy Prime Minister Valery Dil, Russia is no longer interested in buying Dastan because, in the wake of the Ukraine crisis, it's trying to reduce its dependency on other countries' defense businesses. (Ukraine has an extensive defense industry on which Russia has depended heavily even since the collapse of the Soviet Union, and now that cooperation has obviously been curtailed.)

"Dastan is a unique enterprise, the likes of which don't exist any more in the former USSR. Because of the crisis in Ukraine, when Russia lost its relationships with many foreign defense enterprises, they are limiting their entrance into third countries," Dil told journalists last week. "[So] Dastan can't find a place in the defense-industrial complex. But the potential of the factory is huge, it needs to work."

That explanation would be at odds with Russia's claim that the Ukraine crisis would have the opposite result, that its allies in the Collective Security Treaty Organization -- including Kyrgyzstan -- would gain business by replacing Ukrainian imports.

But Moscow's motives may have to do more with Kyrgyzstan's bargaining tactics than with Ukraine, Russian defense analyst Vasily Kashin told The Bug Pit:

Russia has been gradually losing interest in Dastan during the last several years. The Kyrgyz have held that enterprise as a bargaining chip in their talks with Russia for too long. Without investment, the factory has been declining fast. ... Besides, torpedo producers in Russia have been getting investments the last several years and probably can replace Dastan.

It's also worth noting that Dastan lists two addresses on its website: one in Bishkek and one in Kiev.

Anyway, there have been reports in the past that India was interested in the plant. If Russia were out of the picture, might they be back in it?