Armenians could usually rely on favorable coverage from the media of its strategic ally. Following another escalation, that no longer seems to be the case. 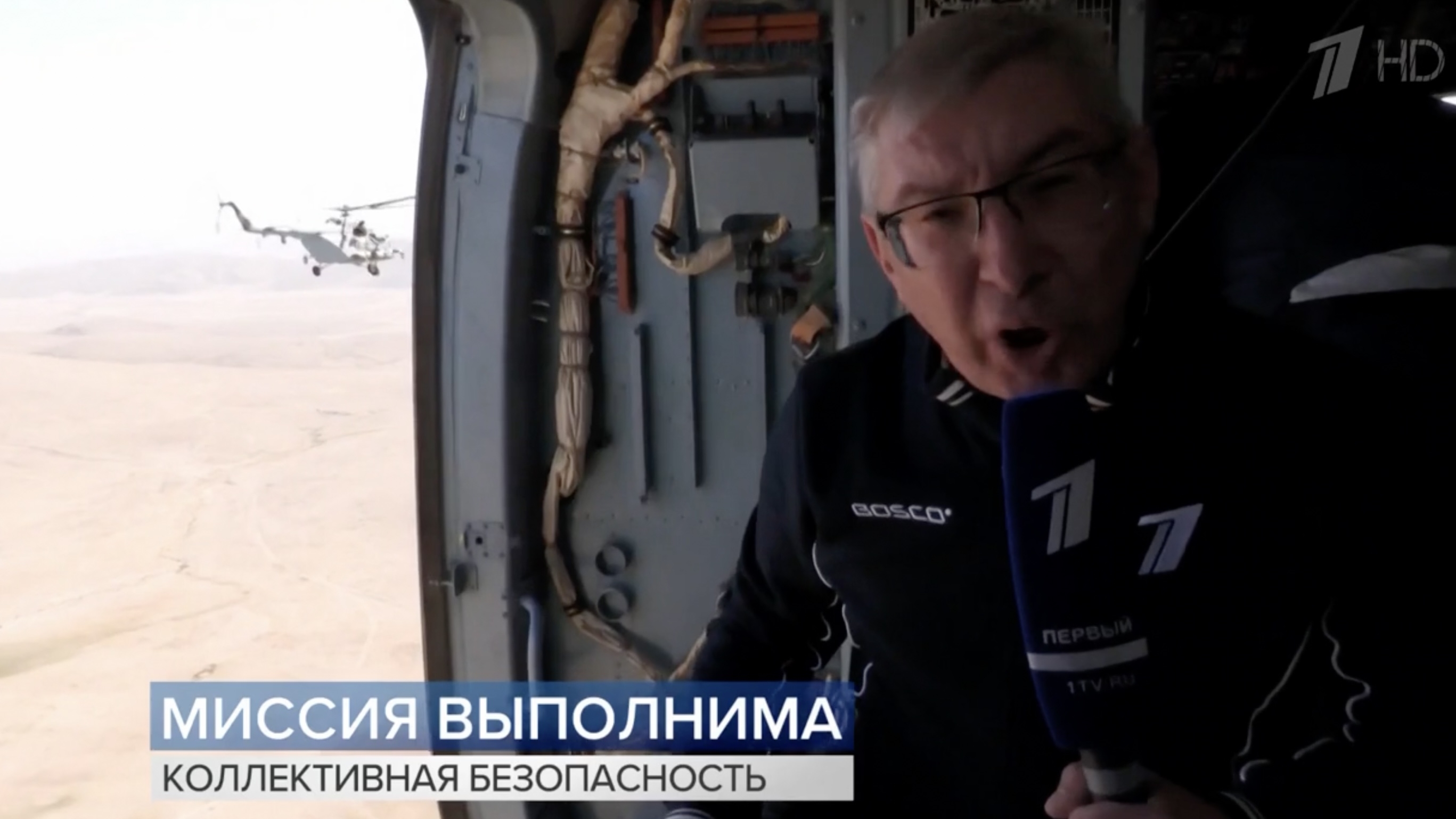 In 2020, Russian state media for the most part supported Armenia in its war with Azerbaijan. While both sides’ positions were reported on, the coverage tended to be slanted in Armenia’s favor, and the hosts of Russian political talk shows were usually sympathetic to the Armenian side.

This time, though, the message is different. Russian state media have been downplaying Azerbaijan’s attack on Armenia, misrepresenting it and providing justifications for Moscow’s relative inaction.

On September 19, during an episode of the evening political talk show Time Will Tell, the host and guests were discussing the recent visit of Congresswoman Nancy Pelosi to Armenia. The host, Anatoly Kuzichev, drew attention to Pelosi’s most forthright comments during her trip: that Azerbaijan’s offensive was “illegal” and “deadly.” Kuzichev described Pelosi’s assessment as “incorrect” and “exaggerated.”

“I think that this is not formally correct, as I understand it, we are talking about the disputed territory of Nagorno-Karabakh or Artsakh, aren’t we, Vlad?“ Kuzichev asked one of the guests, military analyst Vladislav Shurigin.

“Apparently Pelosi and [UK Prime Minister] Liz Truss studied the same geography. Truss is mixing up Russian territories and Pelosi Armenian,” said Shurigin, who was wearing a vest emblazoned with a Z, a sign of support for the Kremlin’s war in Ukraine. “It is obvious that the clash that took place in the territory of Nagorno-Karabakh still needs to be studied for a long time in terms of who attacked first and why.”

The recent clashes in fact took place not in and around Karabakh, as they did in 2020, but on the Armenia-Azerbaijan border. Azerbaijani attacks against targets inside Armenian territory were unprecedented, and would seem to be grounds for invoking mutual defense agreements Armenia has with Russia.

Eventually another guest, Dmitry Abzalov, called attention to the mistake and clarified that the fighting in fact happened on the border.

But to many Armenians, the mistake appeared less a slip-up and more a deliberate attempt to mislead Russians about the nature of the recent fighting. A clip of the show went viral on social media in Armenia, where many have already been dismayed with Russia’s tepid response to the fighting.

"Russian media is spreading disinformation, which is a national security threat to Armenia,” cyber security and media expert Artur Papyan in an interview with news website 1in.am. “If not the Foreign Ministry, then at least the Radio and Television Council [a state regulatory media body] should respond to misinformation in the Russian media. […] You need to understand whose interests are being served.”

During the show’s broadcast the next day, Kuzichev formally apologized: “Of course this was about Armenia’s territory and not in some disputed territory.”

But the misrepresentation appears to be part of a pattern.

On September 17, a reporter from Russia’s First Channel was embedded with a small monitoring mission from the Collective Security Treaty Organization (CSTO), the mutual defense pact including Armenia and Russia as well as Belarus, Kazakhstan, Kyrgyzstan and Tajikistan. In response to Armenia’s request for “military aid for restoring the territorial integrity of the country,” the CSTO offered instead the monitoring mission.

Given the tone of First Channel’s coverage, it did not appear that the ground was being laid for a more robust military intervention.

The reporter, Oleg Shishkin, filmed out of a helicopter that mission members were flying over the Armenia-Azerbaijan border, calling attention to the fact that the territory is relatively empty: “For kilometers around, there isn’t a single populated place.” While he did eventually visit a house in the village of Akner that had been hit in the shelling, he emphasized that no one was hurt. Nowhere mentioned: that Armenia reported 192 homes being damaged in the attacks, that the entire village of Sotk was evacuated, and that 7,600 residents of various border communities were forced to flee.

As for what started the fighting, Shishkin repeated Azerbaijan’s claim that its attacks were in response to Armenian provocations, a claim for which Baku has provided no evidence and which has engendered unprecedented skepticism even in Azerbaijan. “Baku blames Armenia for mining the borders,” Shishkin reported. “The CSTO has yet to comment.”

Other reports have cast doubt on whether Russia needs the CSTO at all.

“The CSTO is bad for us [Russia] and our partners,” said political analyst Sergey Mikheyev on the September 20 broadcast of Evening with Vladimir Solovyov. “Now Armenia is complaining that the CSTO is not functioning. Americans are basically saying that the CSTO will collapse in front of our eyes.” He argued that the demise of the CSTO was “inevitable” because of an arrangement according to which “we owe everyone and they don’t owe us is unhealthy from the start.”

That, too, was a sharp contrast from earlier this year when the CSTO, for the first time in its history, intervened to help quash political unrest in Kazakhstan. At that time, Solovyov for one praised the CSTO for preventing what he described as a looming, bloody “color revolution” in Central Asia.

Mikheyev, too, suggested that Armenia may be to blame for the recent fighting, and again claimed that it was in Karabakh. “Regarding the escalation in Nagorno-Karabakh, there is no shortage of provocateurs either in Yerevan or in Baku,” he said.

It hasn’t only been state TV. The state-run RIA Novosti, in a September 20 article, both-sidesed the fighting: “Clashes erupted on Armenia-Azerbaijani border last week, as both sides blame each other for the escalation.” Other Russian sites have used the same formulation.

The passive media narrative from Russia comes as Armenians increasingly sense that Moscow has lost interest in defending them. Yerevan has relied on Moscow’s security guarantee since it gained independence in the 1990s: Russian border guards defend the country’s frontiers, Armenia hosts several thousand Russian troops at a military base on the Turkish border, and a 2,000-strong Russian peacekeeping contingent has protected the ethnic Armenian population of Nagorno-Karabakh since the 2020 war.

But Azerbaijan has become more strategically important to Russia following the latter’s invasion of Ukraine, as Azerbaijan represents a vital link with Iran and is an intermediary between Moscow and Ankara, as Turkey has become a critical player in the Ukraine war.

And Russia, under enormous military pressure of its own as it retreats from a Ukrainian advance, is in little position to militarily support Armenia even if it wanted to. President Vladimir Putin, in his public comments about the fighting in the Caucasus, has declined to lay blame on any particular side. ”We call on everyone to exercise restraint and strictly observe the ceasefire,” he said on September 20.