The Foreign Ministry warns these remarks are straining relations. 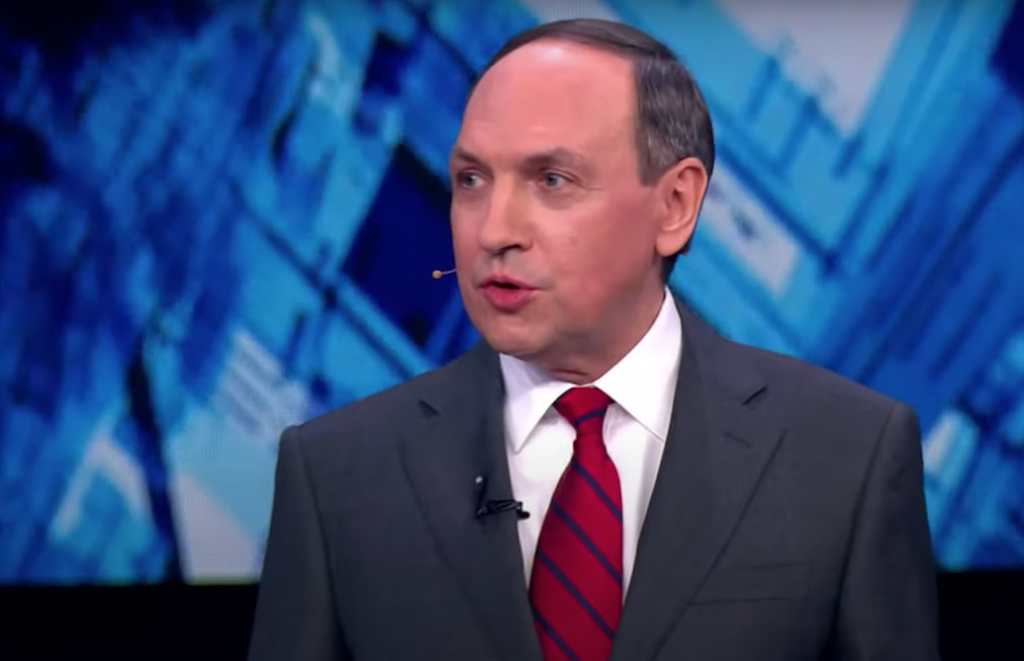 Last week, it was the turn of a pair of lawmakers who questioned Kazakhstan’s claims to nationhood by claiming that the country’s very existence was merely a result of historical Russian generosity.

Kazakhstan’s former president, Nursultan Nazarbayev, fired back in oblique fashion in a speech to mark Independence Day on December 15 by telling his listeners that Kazakhs are “the descendants of brave ancestors who inhabited a vast valley from Altai to Atyrau, and from Alatau to Arka.”

“We are full-fledged heirs of the vast steppes, from the shores of Ustyurt and the old Caspian Sea, and in the lands between the Syr Darya and the Irtysh [rivers],” he said.

Although the section of the address in which he made those remarks was in Kazakh, their intended audience was unmistakable.

The fuse was lit by Vyacheslav Nikonov, chairman of the Education and Science Committee in Russia’s State Duma, who said during a broadcast on Russian state television on December 10 that much of what is now known as Kazakhstan was formerly uninhabited land.

“Northern Kazakhstan was not inhabited at all. [Kazakhs] existed, but much further to the south. The territory of Kazakhstan is a great gift from Russia and the Soviet Union,” Nikonov said, knowingly tweaking at the sensibilities of Kazakhs, many of whom regularly consume Russian TV output.

The Foreign Ministry in Nur-Sultan duly delivered a note of protest to the Russian Embassy, voicing its concern at the “increasing provocative attacks of some Russian politicians towards Kazakhstan,” which, it said, are causing “serious damage to the alliance between our states.” The same note then urged the Russian government “to take measures to prevent further statements of this kind being made by Russian statesmen.”

Internet users in Kazakhstan made their feelings known on Nikonov's Instagram account, where they accused him of ignorance and trying to artificially generate a clamor around himself.

Nikonov was later forced to eat crow, although not very enthusiastically, on his Telegram channel, where he stated that “the interests of Kazakhstan were fully respected" within the established borders.

The wound was then reopened by yet another Duma deputy, Yevgeny Fyodorov, whose regular slots of the Belrusinfo YouTube channel are devoted in considerable part to incendiary nationalistic diatribes. Reprising and specifically referencing Nikonov’s remarks, Fyodorov likened the process whereby Kazakhstan came to have its land to somebody gifting their friend a car. Confusing his metaphor, the MP then likened the existence of the Kazakh Soviet Socialist Republic to a rental agreement.

“In this case, Kazakhstan rented its territory from the Soviet Union,” he said.

Russian politicians might be disinclined to make such utterances about one of their country’s most devoted allies were they not given coverage to do so by President Vladimir Putin. In August 2014, Putin inflicted what appeared to be a calculated slight by arguing that Kazakhstan had only a short history of statehood, as if to imply that the country’s borders should not be considered wholly inviolate.

Since then, the odd nationalist has aped those sentiments. In January 2017, for example, a deputy with the ultra-right and satirically named Liberal Democratic Party of Russia, Pavel Shperov, reportedly described heavily ethnic Russian-inhabited parts of Kazakhstan as “temporarily seized,” and predicted that the return of those lands was imminent.

These kind of warning signals are not taken lightly.

In a commentary on Facebook, Almaty-based political analyst Dosym Satpayev spoke about how “jesters will often say what is on the Tsar’s mind,” thereby suggesting that the Kremlin may be seeking to tighten its grip over Kazakhstan. Satpayev suggested that the government should consider creating a list of persona non grata to whom entry into the country would be barred. He further proposed that Nur-Sultan consider withdrawing Kazakhstan from Moscow-led integration projects like the Eurasian Economic Union trading bloc and the Collective Security Treaty Organization military alliance.

Such notions exist purely in the realm of fantasy, however. While Nazarbayev may have issued some reassuring remarks to salve the feelings of his fellow countrymen, it is notable that he was careful to avoid confronting Russia directly, even going so far as to refrain from also issuing his most patriotic utterances in Russian, a language that he often favors over Kazakh.

Incumbent President Kassym-Jomart Tokayev, meanwhile, has not commented on the controversy at all.