He had been regularly critical of the government of Nikol Pashinyan. After news broke of his persona non grata status, another Russian critic, Margarita Simonyan, said she also had been banned. 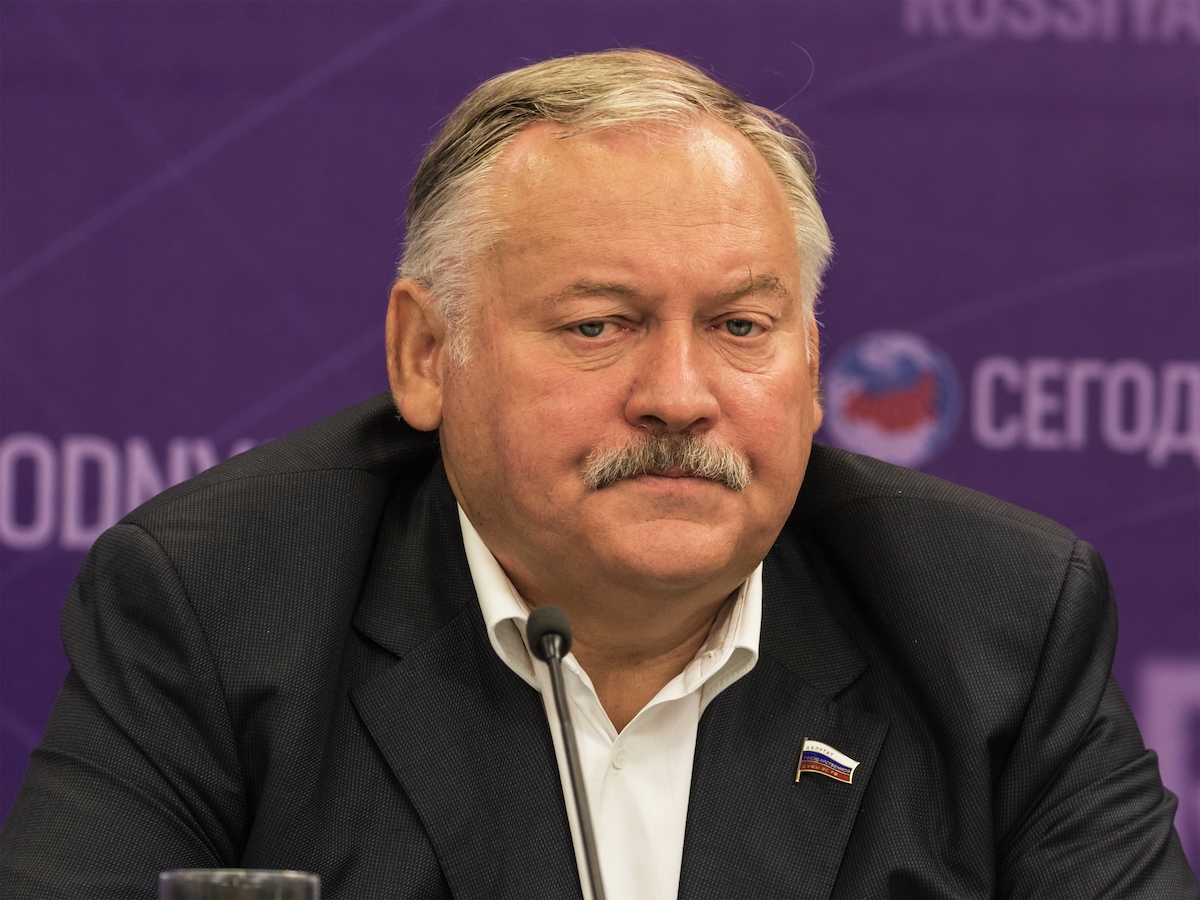 A member of Russia’s parliament has been banned from Armenia, apparently for a long history of statements criticizing the country’s leadership.

The deputy, Konstantin Zatulin, reported the news on his Telegram channel on October 25. He included an email that he had received from a staff member at Armenia’s parliament.

“By order of the National Assembly of Armenia, we are notifying you that, unfortunately, your recent public statements with respect to the Republic of Armenia are damaging the development of friendly and allied relations between our two states,” the staffer wrote. “As a result, in the future, your arrival in the Republic of Armenia will be considered undesirable.”

“I consider this an insult,” Zatulin wrote. “It was unexpected for us.”

Zatulin, who serves as deputy chair of the Duma’s committee on post-Soviet affairs and Eurasian integration, has long been known as a pro-Armenia figure. He initiated the Duma’s resolution formally recognizing the Armenian genocide, and in September congratulated the de facto Nagorno-Karabakh Republic on its national day. “The people who took up arms in the past years to protect their honor and dignity have the full right to self-determination,” he said in his message.

But he also has been consistently critical of the government of Prime Minister Nikol Pashinyan since it took over following the Velvet Revolution in 2018.

In February, Zatulin argued that Armenia lost the 2020 war to Azerbaijan “in large part because of the showing off and the incompetence of the ruling clique of Nikol Pashinyan, which came to power thanks to the street.”

More recently he accused Pashinyan of being willing to accede to Azerbaijan’s demands for a “corridor” across Armenian territory. “Questions about the corridor should be asked to those who sign it, the corridor was signed by Pashinyan,” he told an opposition-linked Armenian news agency, Yerkir Media. (Pashinyan himself has said that any “corridor” controlled by Azerbaijan represented a “red line” that he would not cross.)

The Armenian Times, a newspaper closely connected to Pashinyan’s family and edited by his wife, Anna Hakobyan, justified the ban by Zatulin’s frequent criticisms of the government. “Let us recall: In his press interviews, Zatulin has repeatedly blamed the Armenian government for the defeat of the 44-day war,” the unbylined story read. “Moreover, interfering in Armenia’s domestic political affairs, Zatulin has more than once voiced his opinion that Nikol Pashinyan should resign.” The story was illustrated with a photo of Zatulin with Robert Kocharyan, the former president of Armenia who is Pashinyan’s nemesis and now an opposition political leader.

The ban came just after the Kremlin had confirmed that it was preparing to host a summit between Pashinyan, Russian President Vladimir Putin, and Azerbaijan President Ilham Aliyev. Russia’s Foreign Ministry, meanwhile, on October 24 issued a lengthy broadside against Western influence in Armenia.

Yerevan’s ties with Moscow have hit a rocky patch following a heavy September offensive by Azerbaijan against targets inside Armenia’s territory, and the failure of the Russia-led Collective Security Treaty Organization (CSTO) to fulfill its mutual defense obligations and come to Armenia’s aid.

Meanwhile the United States and Europe have been taking a more assertive role in Armenia. High-ranking member of the U.S. Congress Nancy Pelosi visited shortly after the Azerbaijani attack, and the European Union has been taking a greater role in diplomatic negotiations and has sent a small observer mission to Armenia.

On October 25, U.S. State Department spokesperson Ned Price criticized Russia’s attempt to hold an Armenia-Azerbaijan summit meeting, arguing that “Moscow has little respect for its neighbors’ sovereignty and is hardly a reliable, long-term partner” and that "there is ultimately no greater supporter than the United States for the sovereignty and independence of the countries of the South Caucasus."

Zatulin attributed his ban to what he described as a pro-Western turn in Yerevan.

The decision “is emblematic and indicates the new course of Armenian politics,” he said in another Telegram message. “Of course, I have many friends in Armenia, but the masks have certainly been dropped. Still, my personal attitude towards the Armenians and Armenia itself has not changed.”

After the news about Zatulin broke, Margarita Simonyan, the editor-in-chief of state-run Russia Today, announced that she had also been blacklisted in Armenia. “Konstantin Zatulin, who has been a fierce supporter of Armenia for many years, was banned from entering Armenia by the current leader of Armenia. By the way, me too,” she wrote on Twitter. She did not provide more details and Armenian officials have not responded to the claim.

Earlier this year, several diasporan Armenians from Europe with links to the Armenian Revolutionary Party, which has been leading anti-Pashinyan protests in Armenia, also were blocked from traveling to Armenia.