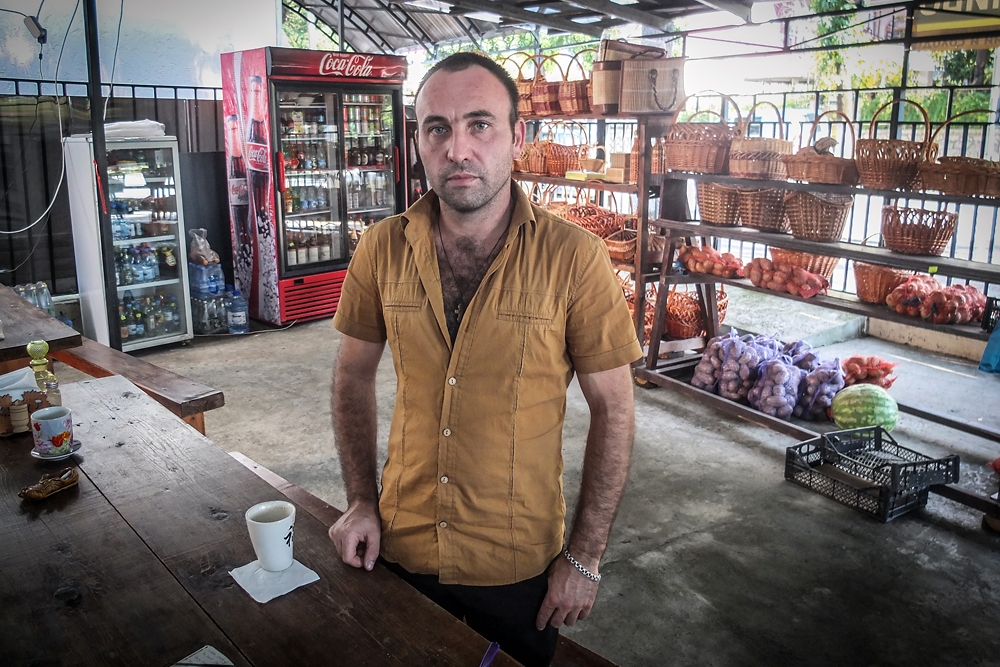 When Rasulov Bakhtier arrived in Abkhazia in 2012 as a migrant laborer, he had no idea he would be prohibited from returning to his native Uzbekistan via Russia. As a result, Bakhtier, a construction worker and father of two, now finds himself among hundreds of “guest captives” in the separatist enclave.

Russia’s Federal Migration Service allegedly has blacklisted thousands of foreigners, mostly from Central Asia and Moldova for violating Russian migration laws, Moscow-based Fergananews.com reported in April. Many are casual labor migrants who supposedly committed multiple misdemeanors, or overstayed their “authorized period of stay” in Russia, which, as the largest economy in Eurasia, attracts millions of economic migrants from other formerly Soviet states.

Complications arise when labor migrants enter a third country from Russia and then try to transit back through Russia to get home. This is especially the case if that “country” is Abkhazia, which only Russia and a handful of other states recognize as being independent from Georgia.

Abkhazia tends to be a destination of last resort for many labor migrants. Unemployment is pervasive and the economy, largely dependent on the region’s patron, Russia, slows to a halt in winter, when tourism dries up. Construction is one sector where seasonal jobs can pop up. The positions reportedly involve tasks for which the Abkhaz do not have the skills -- or, some locals scoff, the desire -- to do.

Citizens of the Commonwealth of Independent States (CIS) do not need visas for Abkhazia, which they enter via the de-facto Russian-Abkhaz checkpoint at the northern Abkhaz village of Psou.

But the easy entrance doesn’t necessarily make for an easy exit. Victims of Russia’s migration law do not understand why Russian guards would let them enter Abkhazia, if they knew they wouldn’t be able to get out.

In February, thirty-something Moldovan construction worker Donika Vitali went to the Russian customs–section at Psou to extend his three-month temporary transit permit for his car and his migration card in Russia.  He says everything was “okay” when he left the customs building, but when he tried to return to Russia several weeks later, Russian officials said he would not be allowed into the Russian Federation for two years. “They took my fingerprints. They photographed me, and everything. And then they left me in Abkhazia, a country with no way out. None. There is no way to leave,” Vitali said.

Foreigners who enter Abkhazia from Russia cannot travel south to Georgia because the Georgian law on occupied territories deems entrance into the separatist territory via Russia a criminal offense, punishable by a fine or imprisonment.

Nor can foreigners turn to their embassies for help. Abkhazia is recognized as a state by only four countries in the world, and only one, Russia, has an embassy on the territory.

There also is little Abkhaz officials can do for these stranded migrants. Although migrants are termed “guest workers,” within Abkhazia, the breakaway region is not known to have any such formal program with CIS countries. De facto authorities responsible for migration policy could not be reached for comment.

By all appearances, Abkhazia’s de-facto administration does not see an urgent need to address the issue of “guest captives.”

Martin Tarkil, the head of the de-facto ministry’s consular department, said his department discussed the issue of stranded migrants with Alexander Ankvab, the region’s last de-facto president, but the discussions went no further.

Not all marooned foreigners are migrant workers who have broken the law in Russia. Some are tourists, or come visiting relatives, and then, after being robbed of their passport or money, end up stranded in Abkhazia.

Some people have turned to the UNHCR for assistance. While assistance to migrants does not fall under its mandate, the UNHCR says that it helps stranded foreigners gather the proper documentation, and then sends it to the International Office of Migration in Moscow to secure their transit home.

Nobody knows exactly how many people have been stranded in Abkhazia through Russian migration laws because no standard procedure exists for registering complaints. Tarkil, the de-facto Abkhaz consular official, says he has heard that about 500 people are stuck inside Abkhazia, but nobody can confirm the number.

Since 2013, 71 people have appealed to the UNHCR for help, according to its records. About half of these are believed to have returned home, the commission’s Sukhumi office says.

Among them are an Uzbek man who was prevented from returning home to attend his daughter’s funeral, and a Tajik who was tricked into coming to guard a house for 20,000 rubles (about $518) and could not return home because of a migration-card problem. Unemployed for several months, he eventually found a job at a stone crushing factory only to get shot three times in an armed robbery attempt.

Bakhtier, the Uzbek construction-worker, is one of the luckier ones: confined in Abkhazia for two-and-a-half years, he managed to apply to the UNHCR for help and has found enough work to keep himself fed and sheltered. “They say I’ll be on the road on November 25,” he said. “I will never come back to Abkhazia.”