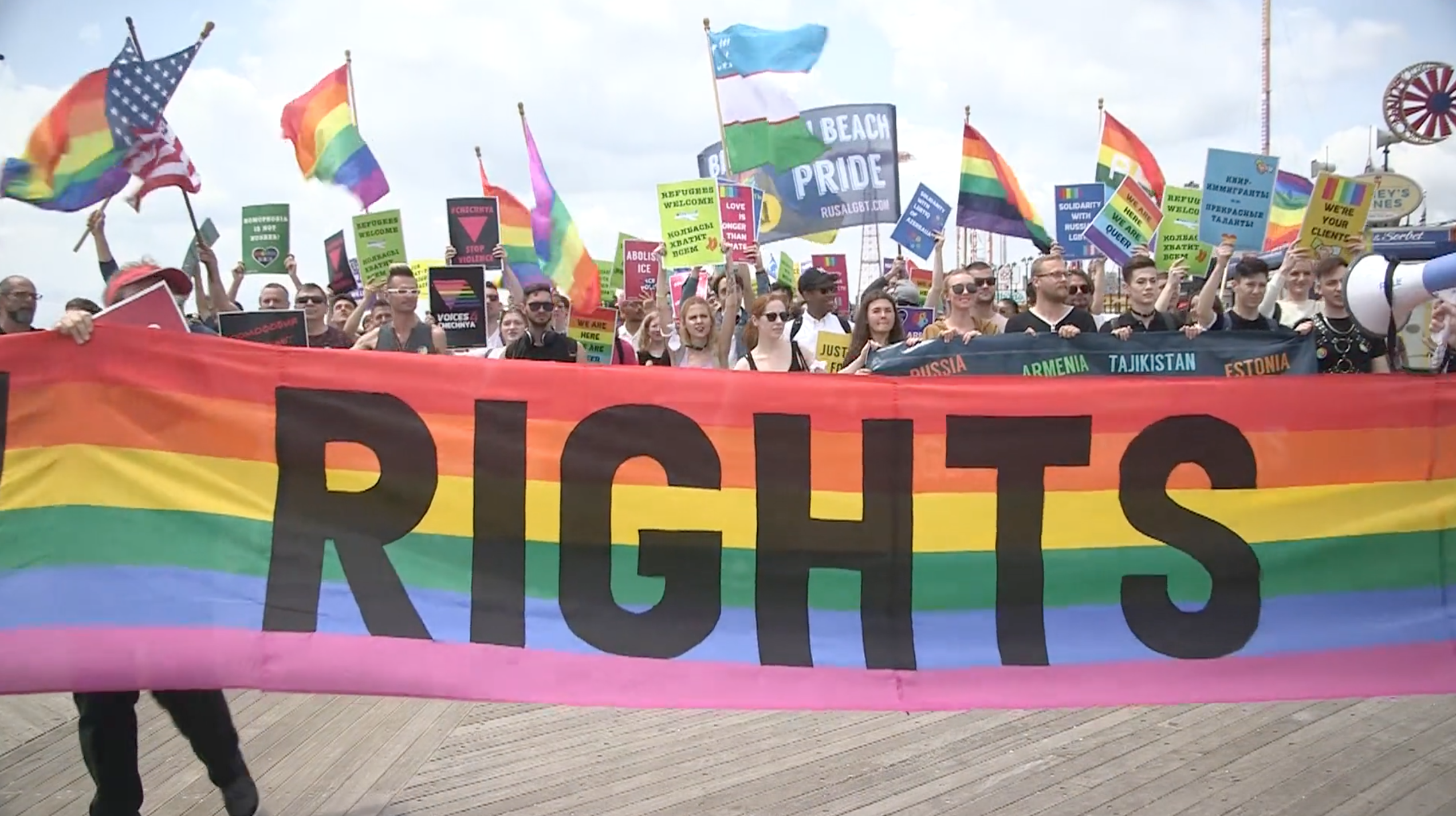 Participants of the 2018 Brighton Beach Pride Parade march down the Brighton boardwalk in May.

On a hot, humid May afternoon in New York’s Russian-speaking neighborhood, some 500 young LGBT people and their allies waltzed down the boardwalk for the second annual Brighton Beach Pride Parade. They chanted “We’re here! We’re queer! Refugees are welcome here!”.

Lining the promenade on May 20 were dozens of older immigrants from the Soviet era, sunbathing and watching the colorful spectacle.

Russian-speaking LGBT asylum seekers began arriving in increased numbers after Vladimir Putin introduced anti-gay laws in Russia in 2013. In 2016, migrants from the former Soviet bloc arrived on U.S. shores in their highest numbers since the 1990s.

Upon arriving in New York City, many young Russian-speaking LGBT people gravitate towards Brighton Beach and Midwood in Brooklyn, where it’s not hard to find an apartment and a job without work permits or English skills. But when they arrive, they discover a hostility they thought they’d left behind.

Among the older residents, a deep-held mistrust of LGBT people endures. “They’re brainwashed. Just like my parents,” said Andrey Martynov, 36, a Belarusian asylum seeker who arrived in New York three years ago. Martynov fled Belarus following a series of personal attacks including an arrest outside a gay club in Minsk and hostility from his neighbors who repeatedly kicked in the door to his apartment. He lives in Midwood and occasionally goes down to Brighton Beach to swim and buy Russian foods from the Brighton Bazaar. But he won’t go there with his boyfriend.

Alla Skiba, who came to America in 1997, says she feels uncomfortable when she sees two gay men sitting on the Boardwalk benches. “To me it’s unpleasant when two bearded guys are jumping on each other at the beach,” she said. Skiba was also concerned at the thought of kids seeing gay couples out in public. “They should act more modestly,” she said.

Prejudices can be subtle – a glance, a stare, a muttered insult. But often, older residents are unapologetic about their views of the new LGBT arrivals. Brighton Beach today is, for many, like living in a Soviet time warp. “It’s so frozen in the time,” said Gorshkov. “It’s my childhood. It’s my Soviet childhood.”

Isobel Cockerell is a multimedia reporter and recent graduate of Columbia Journalism School, based between New York City and Chicago. Madis Kabash is a journalist from Kazakhstan, now based in New York City.