Young men seeking to avoid getting sent to Ukraine are little aware of the tensions in the Caucasus. 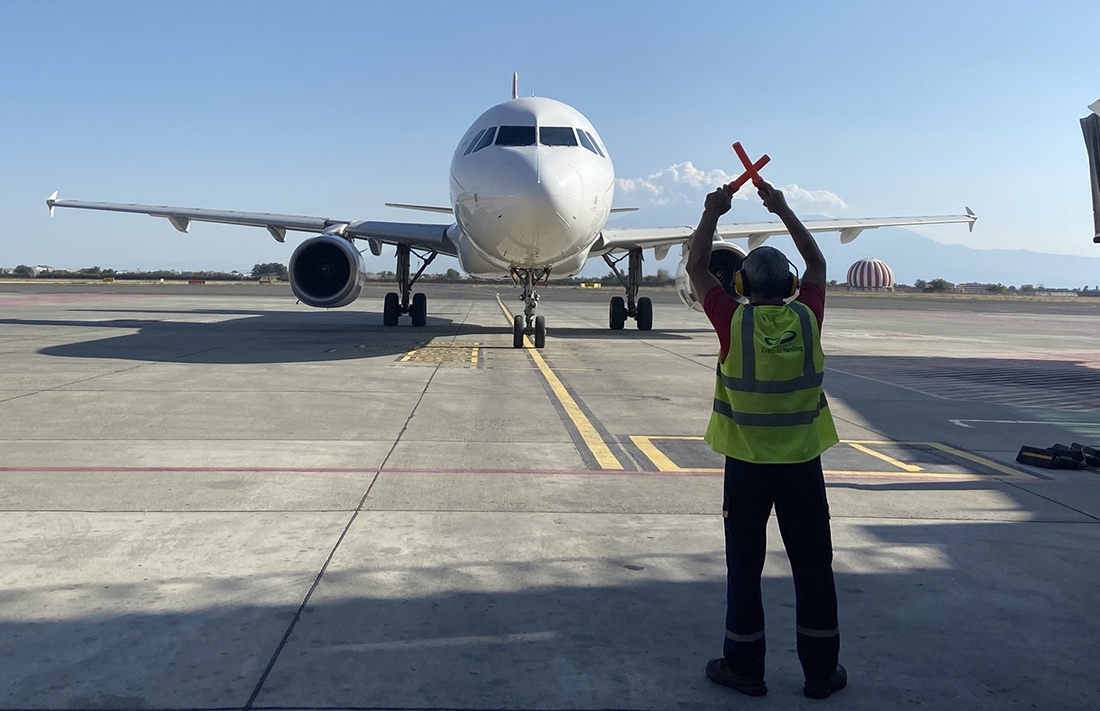 When Evgeniy Gavrikov, a 29-year-old video graphic designer from Moscow, got off the plane to Yerevan, he didn’t know much about where he was. But for now, what was important was that he would not be drafted into Russia’s war in Ukraine.

Based on his previous military record he didn’t think he was in danger of an imminent callup. But he wasn’t taking any chances. “I’m the last category that should be conscripted, but people who are in the same category have already been sent papers,” he said. Like hundreds of thousands of other Russians, he had rushed out the door following the September 21 mobilization announcement. Many of them chose Armenia – it has plenty of direct flights from all over Russia, and Russians can travel on their domestic passports.

Gavrikov was asked by a reporter who met him at the airport if he was aware that Armenia was in its own state of near-war with its neighbor. The mobilization flight coincided with one of the tensest periods along the Armenia-Azerbaijan border since the 2020 war, with many in Armenia fearing that it was the precursor for an Azerbaijani invasion. He admitted that it was the first he’d heard about the situation.

In the days following the draft announcement, Yerevan’s airport was perhaps the busiest it’s ever been, where the dozens of planes arriving from Russia daily were packed, mostly with military-aged men. Demand was so high that some tickets were going for over $10,000.

Most of the arrivals didn’t want to give their full names and were afraid to have their interviews recorded. “Does this have a camera?” one asked about a voice recorder. Men dragging four or five bags insisted that they were merely “on vacation.”

Thirty-something Pavel had already gotten a conscription notice at his parents’ home in Khabarovsk in Russia’s Far East. “I don’t agree with this war, I don’t support it,” he told Eurasianet. “I served in the military, I know the vow says ‘protect your homeland’ but nothing is threatening my homeland, the war is not in my homeland.”

Many of the new arrivals are ethnic Armenians who have Russian passports. Unlike their other fleeing compatriots, they are aware of the situation they are entering. “Russia’s issues are none of our concerns, especially Russia being so ‘attentive’ to Armenia’s problems recently,” said Artur, a 40-something man who flew from Moscow with his family and a pile of luggage. He was referring to a widespread sense among Armenians that Russia is shirking its obligations as a treaty ally to protect them against Azerbaijani threats. “We’re worried about Armenia,” he said.

The new influx has again changed the face of Yerevan, which had already seen a huge rise in Russians after the start of the war. But while earlier waves of Russian emigres were made up of urban digital nomad types, the newer arrivals include a rougher crowd. At least one car with a “Z” symbol was seen on Yerevan’s central Pushkin Street, and black Adidas track pants are a common sight. “Why are you speaking English? Speak Russian!” two seemingly drunk Russian men shouted at a group of journalists speaking in English outside a central bar.

Most of the new arrivals surveyed were against the war, but not all of them. One, 31-year-old Vadim, was asked by a Russian journalist if he felt that Russia was under threat. “All homelands are under threat,” he said. “I’m not politically active, war is bad.” He volunteered that he didn’t participate in any protests and hopes to be back in Russia one day.

Resentment among Armenians has been exacerbated by economic concerns: The new wave of arrivals also brought a new wave of evictions as landlords sought to take advantage of the spike in demand for lodging. “I can’t believe it, we’re being evicted again,” said Hasmik Sargsyan, a 20-something teacher who had just been kicked out of her apartment on central Saryan Street. “These people are ruthless. I’m not from Yerevan, my family is in Krasnodar, my uncle’s family was just evacuated from Jermuk, where am I supposed to go?”

While there are not precise numbers of how many Russians have arrived since the mobilization, the numbers have been steadily growing since the start of the war in February: from 25,000 per month through April, to 40,000 in May, more than 50,000 in June, 60,000 in July and August, and more than 60,000 in September, the head of the country’s migration service, Armen Ghazaryan, told Eurasianet. “Tourist season was supposed to end in September but we’re still seeing growth,” he said.

In total 780,000 arrivals from Russia have been registered in the first nine months of the year, though some of those could be repeats if people travel back and forth. The large majority, about 740,000, subsequently left, Ghazaryan said. “If you look at the balance, more than 40,000 have stayed. That is probably close to accurate, but the number of entries is huge,” he said; up 230 percent from the year before.

Lev Karzhov had already fled Russia once, moving to Sri Lanka in March because of the war. But he was back in Moscow visiting family when the mobilization was announced. “Right after Putin's speech I bought the ticket” to Armenia, he said. The 46-year-old painter said he had never served in the army and had no qualifications. But he still feared mobilization. “It’s such a mess, I don’t think anyone cares” about his lack of qualifications. Like nearly all the Russians interviewed, he didn’t know what he would do in Armenia or where he might head next. But he knew where he wasn’t going. “I’m not going to go back to Russia until everything changes there.”