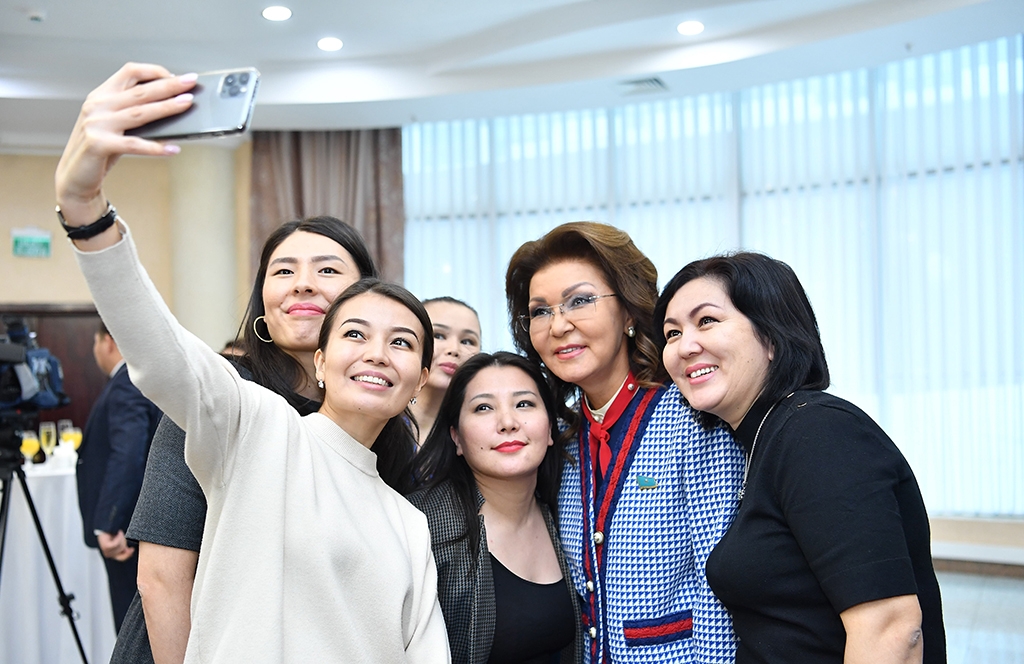 Dariga Nazarbayeva, the powerful daughter of Kazakhstan’s former strongman, is well-known for her sharp tongue.

But last month the lawmaker was just channeling the authoritarian zeitgeist when she dismissed a persistent reporter as a “foreign agent” – Soviet-era shorthand for spy or traitor. The reporter, Nurgul Tapayeva, works for Radio Free Europe/Radio Liberty’s Kazakh service, Radio Azattyq, which is funded by the U.S. Congress and is known for its hard-hitting reporting in a country where journalists are expected to toe the government line.

Since 2012, when Russia began requiring any nongovernmental organization that receives even the slightest amount of money from abroad to register with the Justice Ministry as a “foreign agent,” other post-Soviet countries have stepped up efforts to likewise intimidate and stigmatize potential critics.

In Kazakhstan’s case, the stifling control helps explain the pent-up rage that has led to nationwide protests this week with calls for political reform.

Kazakhstan adopted strikingly similar legislation to Russia’s in 2015, though it stopped short of using the term “foreign agent.” Also, it did not enforce the law for five years, until late 2020, when, with parliamentary elections approaching, Nur-Sultan fined and temporarily suspended eight human rights groups on tax-evasion charges.

The cases were dismissed shortly after the January 2021 elections, in which opposition parties were not permitted to stand.

“Almost all of the [eight sanctioned] human rights groups were working to promote an open and transparent election process,” Gulmira Birzhanova, a lawyer at the Legal Media Center, a support group for Nur-Sultan-based journalists, told Eurasianet.

The government can paralyze the work of NGOs anytime on the flimsiest pretext, Birzhanova said.

Yevgeny Zhovtis, the head of the Kazakhstan International Bureau for Human Rights and Rule of Law, believes that fear of damaging economic relations with the West caused the government to back off. “The ruling party suddenly understood that this oppressive campaign against human rights groups could cause economic turmoil and hit its international image,” Zhovtis told Eurasianet.

Last summer, the Information Ministry invited Zhovtis along with other human rights activists and media lawyers to draft amendments that would help NGOs follow the law. The veteran rights campaigner believes the government has no intention of backing off civil society groups, however.

Since 2015, every nongovernmental organization in Kazakhstan has been required to report on its work and funding to the Justice Ministry. On top of that, since 2016, NGOs have been required to report quarterly to the State Revenue Committee about all funding sources and how they spend every last tenge, a process Zhovtis called “time and resource consuming.” His organization must produce a 500-page report for the tax authorities every quarter.

“The Soviet legacy of controlling civil society is still around in Kazakhstan,” he said.

In Russia the Justice Ministry’s attention over the last year has increasingly turned to journalists. Outlets such as Meduza and TV Rain (Dozhd) have been declared “foreign agents,” which requires them to label their content with a disclaimer, frightening off advertisers. Moreover, Russian journalists cannot cite the outlets without including the proviso. The designation has forced several outlets to close.

Kazakhstan does not formally apply the label “foreign agents” to media organizations because that would put Nur-Sultan in the awkward position of having to sanction various Russian outlets like Sputnik.kz, said Orazay Kydyrbay, an Almaty-based media critic.

But Russia’s influence is not hard to find.

A month after Nazarbayeva’s outburst at Tapayeva, another lawmaker, Bekbolat Tileukhan, called another Azattyq reporter a “traitor” and accused Azattyq’s journalists of "destroying the country."

In his 20 years as a journalist, Amanzhol said that this is the first time that high-ranking officials so rudely dismissed reporters. “Tileukhan must take accountability for insulting our reporter.”